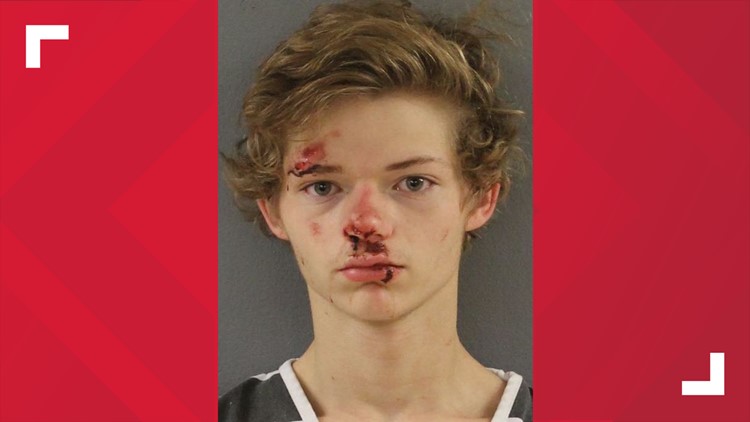 KNOX COUNTY, Tenn. — Three men are charged for leading deputies on a chase in a stolen pickup truck.

According to arrest documents, a deputy spotted a truck that had been reported stolen on Wednesday morning at Emory Rd. and Tazewell Pike.

Deputies tried to pull the truck over, but the driver refused and took off at a high rate of speed with cruisers in pursuit.

The chase wound through several side streets, reaching speeds of up to 80 mph, before they reached Maynardville Highway.

The "driver continued to slam on his breaks in an attempt to stall the pursuing officer" the officer wrote in his report. He also reported seeing several items, possible narcotics, being thrown from the truck.

Finally, one officer attempted a pit maneuver in an attempt to stop the driver. The driver ended up slamming into three different patrol cars in his effort to escape before finally being stopped.

Authorities arrested all three men in the truck.

Justin Clapp, 19, was the driver. He faces multiple charges including aggravated assault, reckless driving, evading arrest, driving with a suspended license, possession of meth, and theft.

He also had several outstanding warrants in Knox and Anderson counties and an additional charge of joyriding from an earlier incident where he crashed a stolen car.

Carson Russell, 20, and Logan Gabbard, 21, were charged with theft and meth possession.

A K9 did alert on the car and found .97 grams of meth in the backseat, according to the arrest record.