Ralpheal Coffey was found guilty after being charged in May 2016 in a crash that killed his passenger and an innocent bystander following a chase that started in Anderson County. 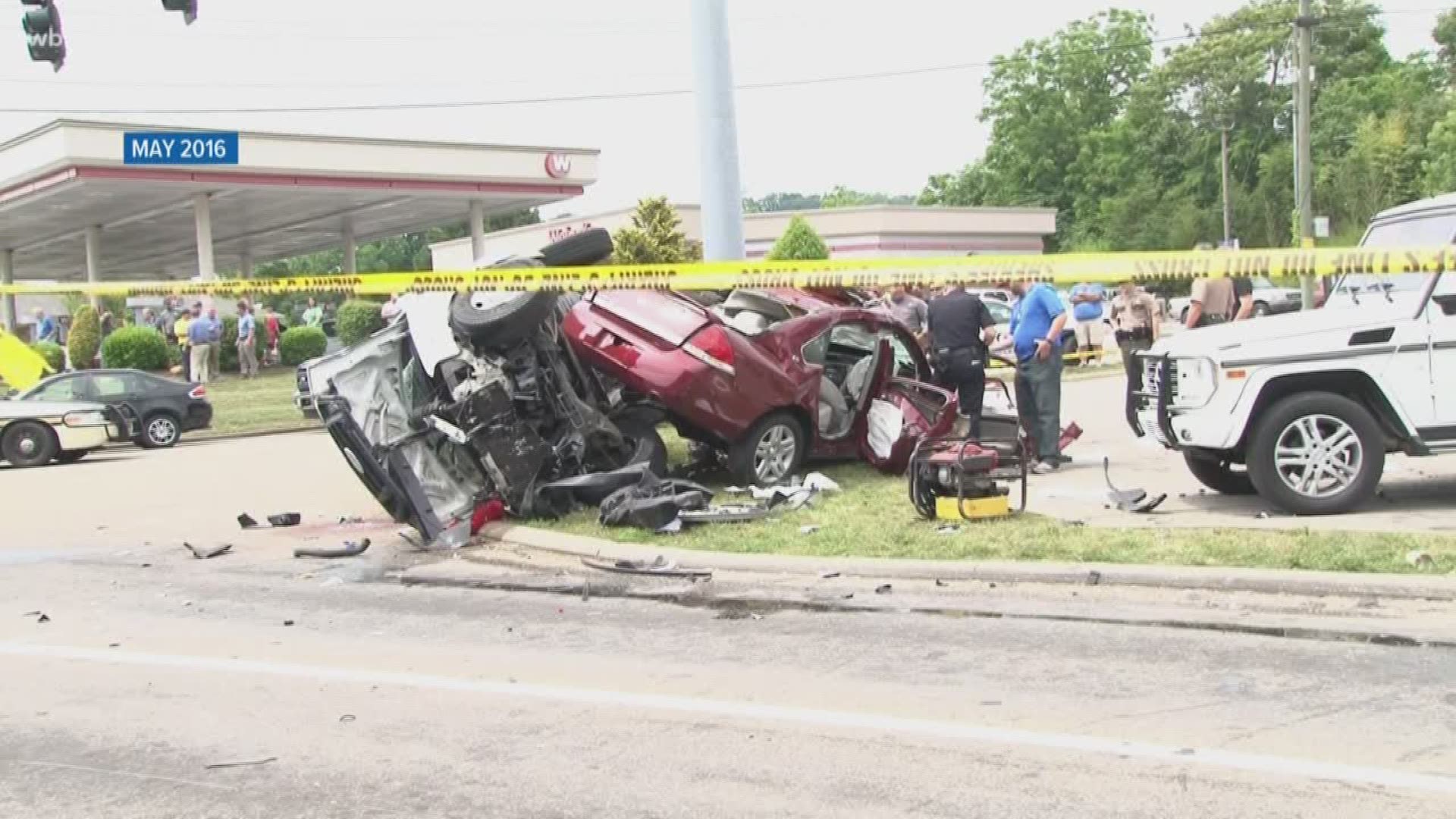 KNOX COUNTY, Tenn. — A man who was facing several charges in the deaths of two people following a 2016 high-speed chase that ended in a crash has been found guilty.

Allen said Coffey was a drug dealer who led officers on a high-speed chase through Anderson and Knox counties before running a red light at 70 mph, crashing into a Ford F-150 on Central Avenue Pike at Callahan Drive in Knox County.

Two people were inside the F-150 -- Kevin Bradley and his passenger Eric Kennedy. Bradley died as a result of the crash and Kennedy suffered injuries.

A passenger in Coffey's vehicle, Tommie Troupe, died a couple days after the wreck. Coffey was also injured and taken to the University of Tennessee Medical Center.

Authorities originally charged Coffey with vehicular homicide, defined as a death that occurs as a result of a vehicle crash. Second-degree murder is essentially murder, meaning prosecutors allege he knowingly committed a killing.

Authorities saw pot and cocaine in Coffey's vehicle, saying he was carrying cocaine, according to a Knox County deputy.

Bradley was about to get married, according to family members.

Allen said Coffey had been on the run for a year and had warrants out for his arrest in Knox and Anderson Counties on cocaine distribution charges, evading arrest, and criminal impersonation.

“This brazen criminal didn’t want to face justice when he ran from officers,” Allen said. “We made sure he faced justice today, and he will face it every day for the next forty-eight years.”