The Tennessee Comptroller's Office and TBI investigated the case against Stephen Kitts. 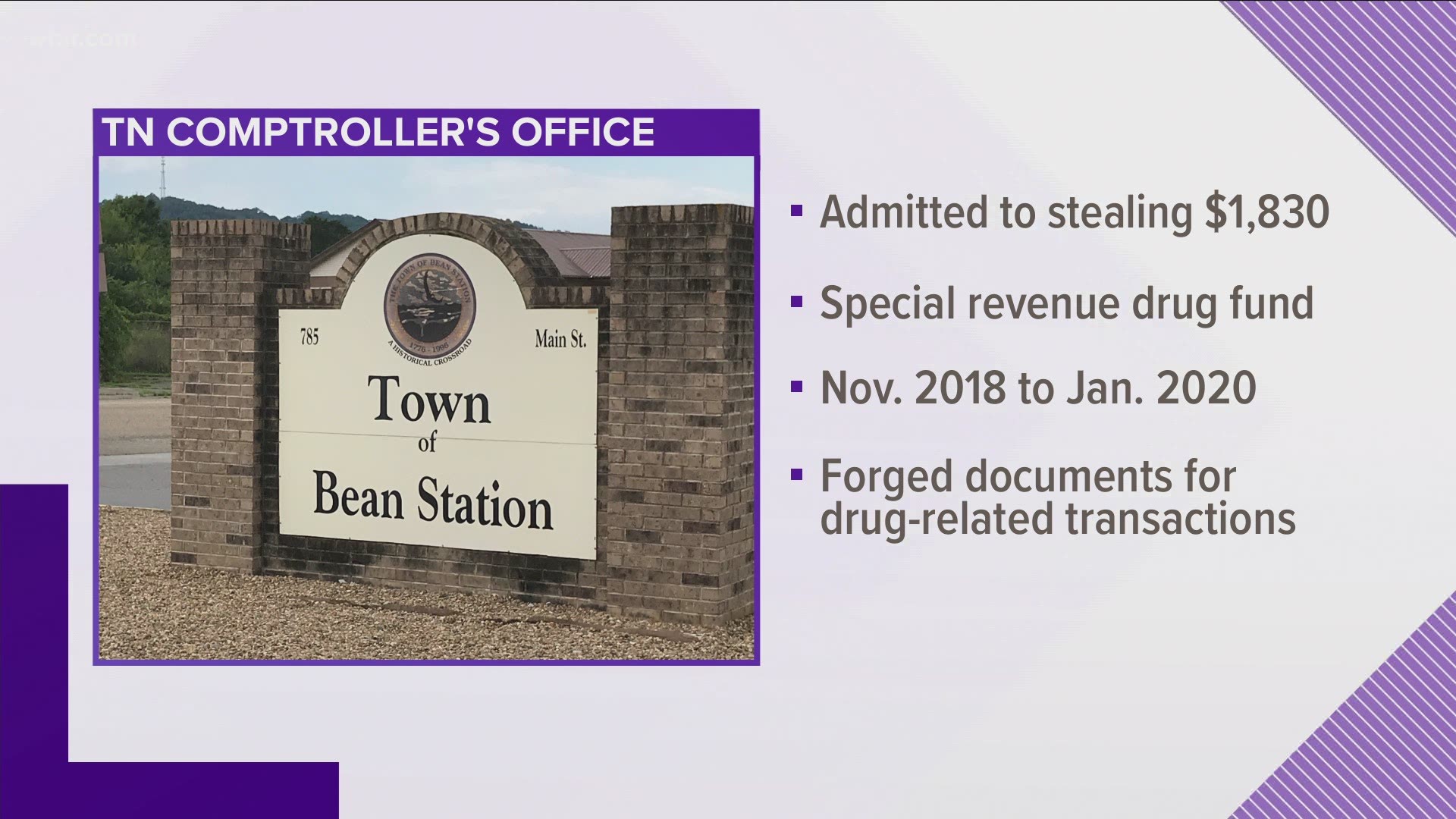 The former Bean Station police chief has pleaded guilty to felony theft of at least $1,830 in undercover drug money that he used for personal expenses.

Stephen Kitts will serve a two-year term on unsupervised probation under the terms of his Jan. 20 guilty plea in Grainger County Circuit Court, records show.

The Tennessee Comptroller's Office investigated, and the Grainger County District Attorney General's Office followed through in prosecuting the case as an information, meaning Kitts agreed to plead guilty to theft of at least $1,000 without a grand jury review.

The TBI also worked on the case.

According to the Comptroller's Office, Kitts took the money from the department's drug fund between Nov. 1, 2018, and January 2020.

He used the money to cover his own bills.

"Kitts falsified police department forms to indicate the money was spent on confidential drug buys that never happened. Kitts admitted his theft and the concealment of his actions to investigators," according to a release from the Comptroller's Office.

Police departments typically use seized cash from drug investigations to assist in their own efforts to stop drug trafficking, for drug treatment and drug education and for particular police expenses. Use of the money is supposed to be controlled.

Kitts quit Feb. 11, according to the Comptroller's Office.

Comptroller Jason Mumpower noted in the release that the Police Department failed to maintain proper supervision over the drug fund.