The 17-year-old's family said they wanted the community to see the footage, but not until after his funeral. 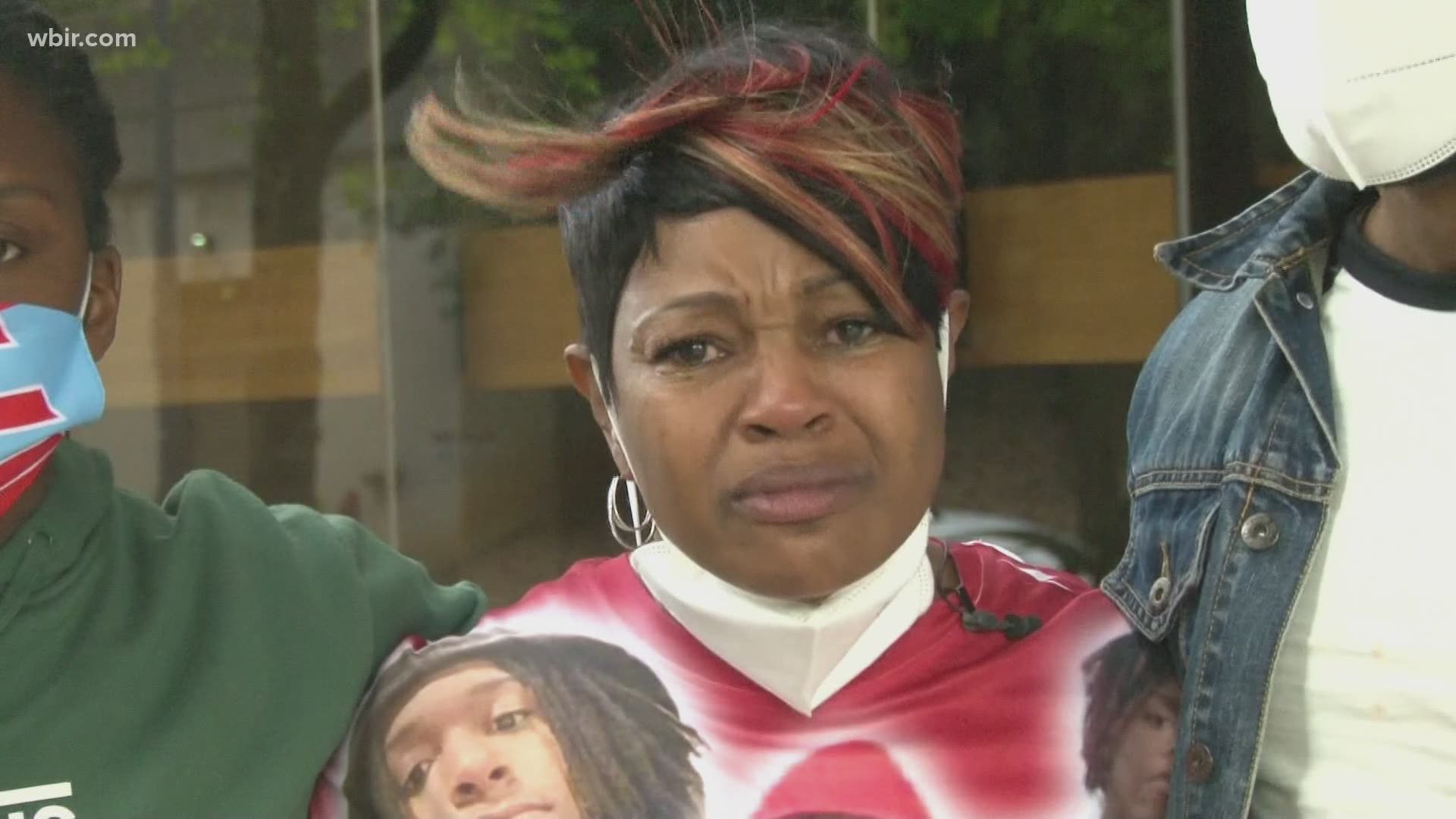 KNOXVILLE, Tenn. — Anthony Thompson Jr.'s family reacted to the release of body camera video Wednesday, which showed graphic footage of the 17-year-old's altercation with police in a bathroom at Austin East Magnet High School. They said they are heartbroken, frustrated and upset.

They also said they disagreed with Knox County District Attorney Charme Allen's statements that the shooting was justified, and now they said they are planning to fight for justice.

It's been nine days filled with anguish, grief and confusion for Thompson's family. On Wednesday they relived his death, spending four hours with Allen going over the footage.

"It hurts us down to the pit of our heart to see how our nephew was killed in that school," said Angela Elder, Thompson's aunt. "Yes, I'm angry as hell. I'm hurt to see my nephew get killed."

Watching the body camera video for the first time left the family emotional.

They spent hours at the City County Building with District Attorney Charme Allen before the videos were widely released, going through it step by step and asking question after question.

"I speak on behalf of my family today with a broken heart and spirit," Elder said. "We wanted the public to see that tape. We asked Allen out of respect for my nephew not to release it till we bury my nephew."

The family said they wanted the community to see the footage, but not until after his funeral on Thursday.

Elder said they don't agree the shooting was justified and hope others in the community agree.

"We wanted y'all to see how they're treating our boys — our young Black men in this community," she said. "Enough is enough."

Civil rights attorney Ben Crump is representing the family as they move forward in their fight for justice. He also represents the families of George Floyd, Breonna Taylor, Ahmaud Arbery and Jacob Blake. Many of them died due to police violence across the U.S.

"Please pray for us and please help fight for our community. That was wrong. Officer Claybough, Officer Cash, Wilson. You guys were wrong. We will seek justice," said Elder.