The gunman fired a shotgun into the front glass door early Jan. 22. A witness saw him. 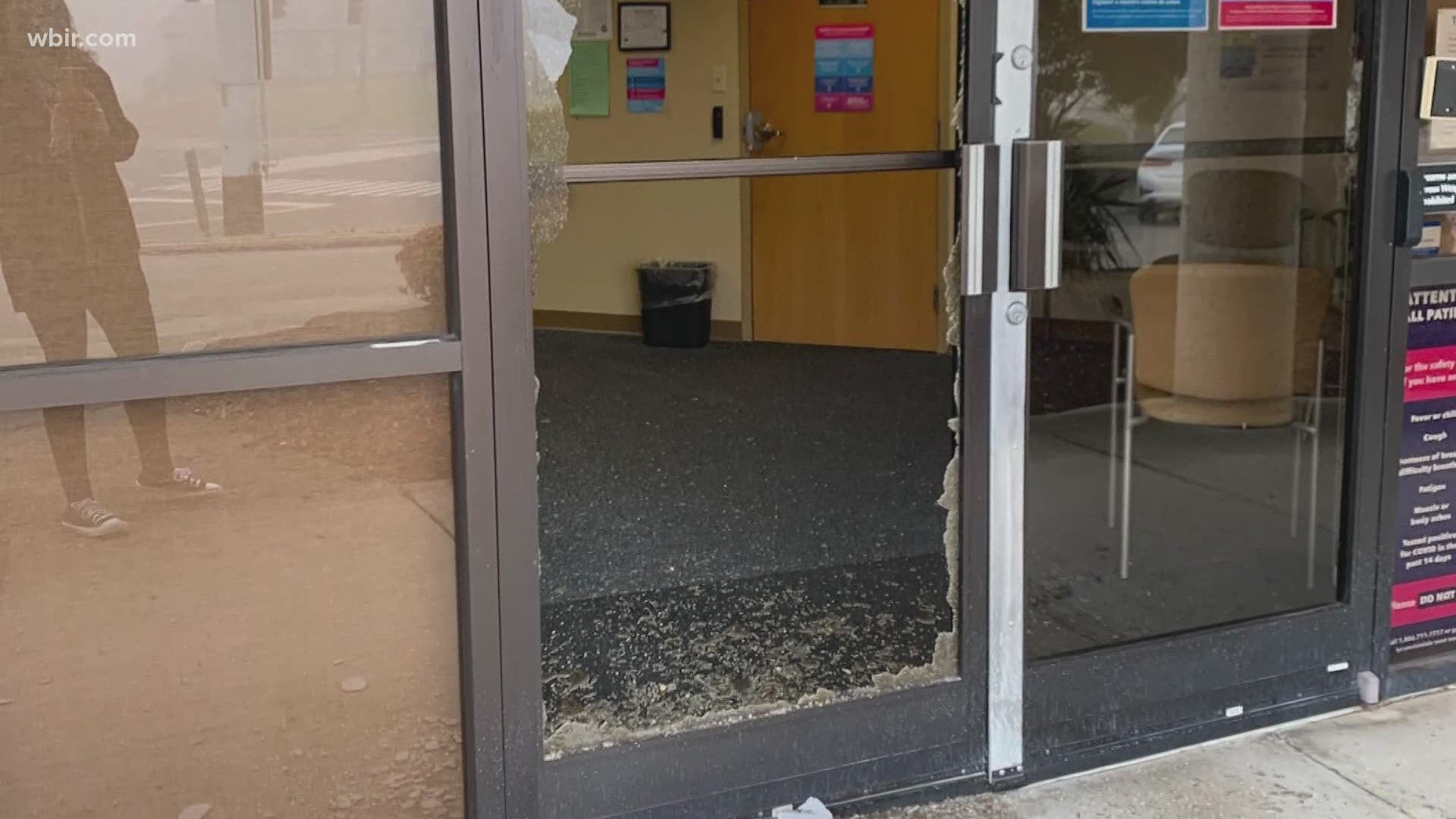 KNOXVILLE, Tennessee — The FBI is assisting the Knoxville Police Department in looking for the man who fired a shotgun early Jan. 22 into the front glass door of the local Planned Parenthood clinic.

The gunman chose to shoot out the glass door on the 48th anniversary of the landmark U.S. Supreme Court decision Roe V. Wade, confirming a woman's right to seek an abortion.

Scott Erland, KPD spokesman, said Monday the department had nothing new it could make public about the investigation. No one has been charged.

Darrell DeBusk, spokesman for the Knoxville area FBI office, confirmed the agency was assisting KPD but referred further questions to that agency.

The attack at the North Cherry clinic happened about 6 a.m. Jan. 22.

A man waiting to catch an Uber saw the gunman, according to a KPD report.

The man told officers he was standing just east of the clinic when he saw a black sedan in the clinic parking lot.

The man mistook the driver for his ride.

"(The man) stated that he walked up to the vehicle and observed the white male holding and pointing a shotgun towards the front doors of the doctor's office," the report states.

Once the man realized the driver, who had a bandanna on his face, had a gun, "he took off running."

Police found that the glass front door had been shot out when they arrived. Security cameras recorded the incident.

I am appalled and saddened by all the recent violence in our City, including yesterday’s shooting at Planned Parenthood. We must learn as a community, that violence is never the answer to our differences.

Clinic operators say they cleaned up the mess and promptly got back to offering health care. They provide a variety of services to male and female patients. They offer a pill form of abortion at the center.

According to Planned Parenthood of Tennessee and North Mississippi, it's the first reported act of "targeted violence" in the affiliate’s history.