The robbery was reported at the Simmons Bank at 1215 Highway 411 North in Vonore Friday morning. 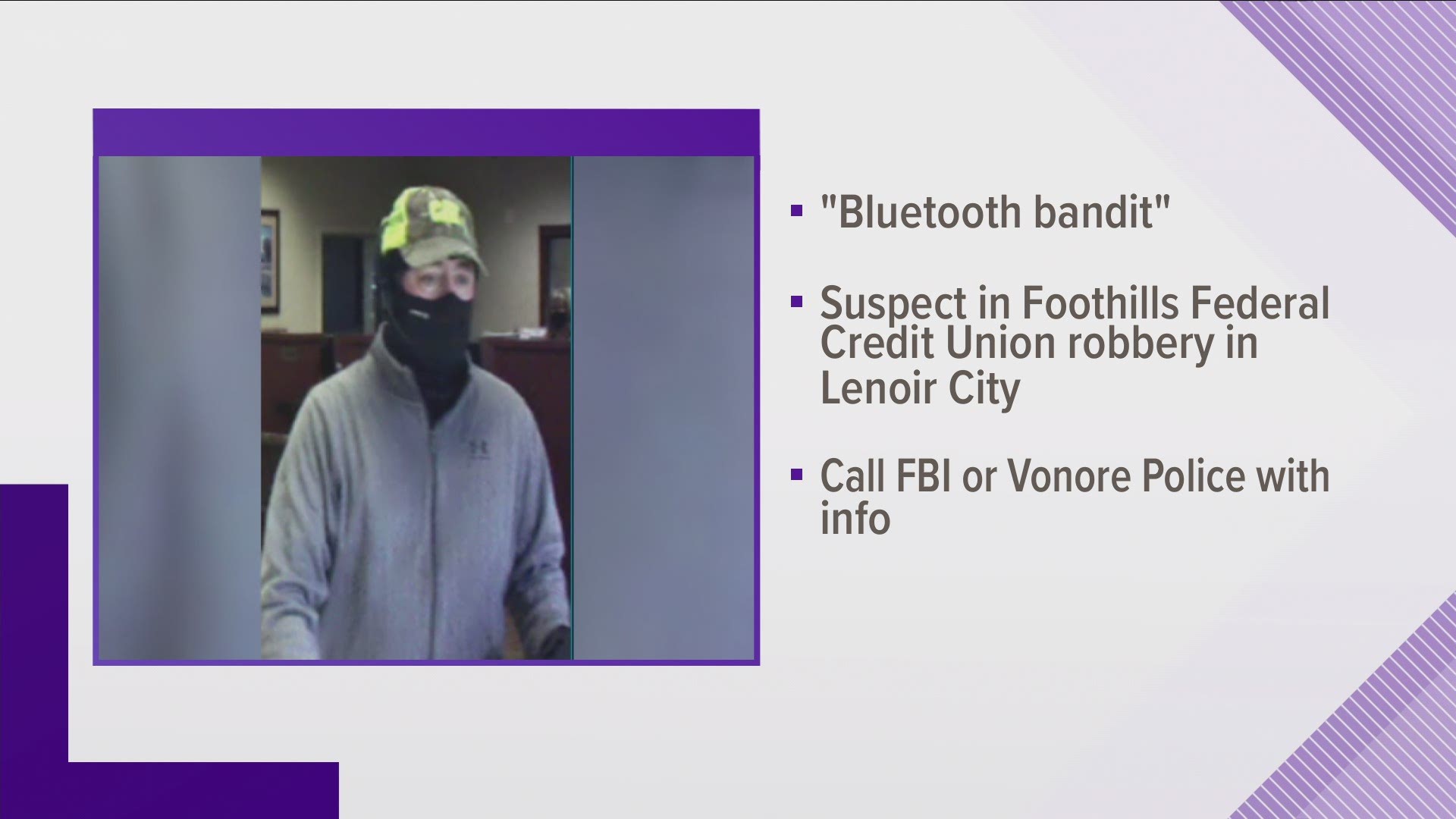 VONORE, Tenn. — Officials are searching for a suspect in connection with a bank robbery reported in Vonore Friday morning.

FBI Special Agents along with the Vonore Police Department are searching for the ‘Bluetooth Bandit’ suspect wanted in a robbery reported at the Simmons Bank at 1215 Highway 411 North in Vonore.

Around 10:27 a.m., the male suspect entered the credit union, approached a teller, and demanded money, officials said. The teller complied with the demand.

According to a release, the suspect fled the bank on foot with an undetermined amount of cash.

The suspect was wearing a black knit gaiter over his face and a camouflage trucker’s style hat with a Caterpillar "CAT” logo on the front.

The back of the hat was mesh-style and was a bright yellow or green in color.

He was also wearing a gray zip-up jacket with dark pants and dark shoes.