Anming Hu was accused by the federal government of wire fraud and making false statements. Hu strongly declared his innocence. 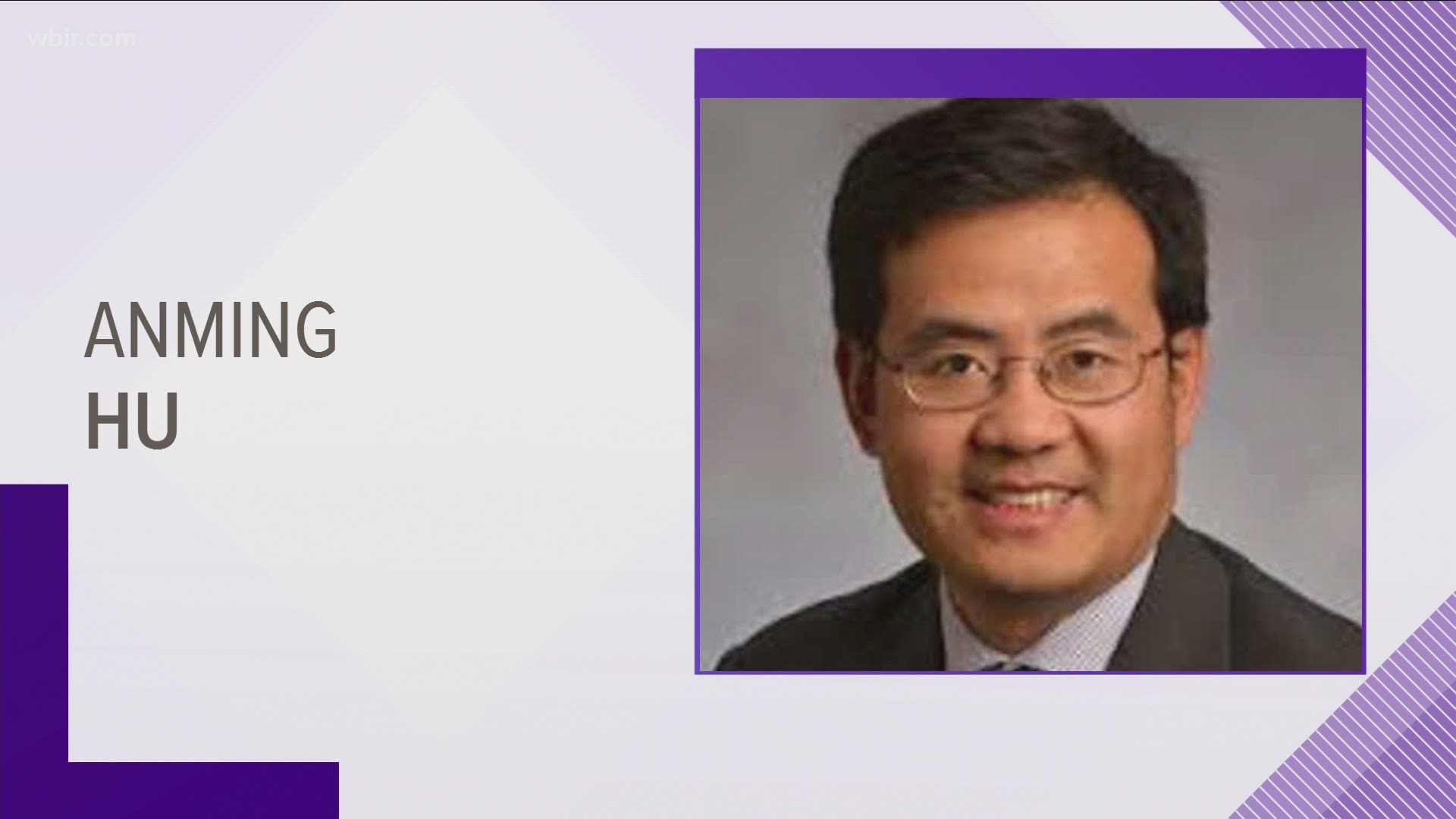 KNOXVILLE, Tenn. — An East Tennessee jury couldn't reach a verdict Wednesday afternoon in the trial of a former University of Tennessee researcher accused of failing to report his ties to a Chinese university.

The judge could still toss the case against Anming Hu. It's not clear yet if the federal government will try again to prosecute Hu.

Hu and defense attorney Phil Lomonaco appeared noticeably more relaxed after Varlan announced jurors hadn't been able to agree on what to do in Hu's case. While it wasn't a clear acquittal, the deadlock meant Hu has not been convicted.

Lomonaco has pending before Varlan a request for a judgment of acquittal, essentially asking him to throw the case out altogether. From Lomonaco's perspective, it never should have gone this far.

Jurors began deliberations Monday afternoon, took Tuesday off and then worked throughout Wednesday in weighing the case.

They sent a note to Varlan on Wednesday afternoon saying they were at an "impasse."

He was a respected associate professor at the UT Department of Mechanical, Aerospace and Biomedical Engineering.

The government accused him of failing to declare his relationship with Beijing University of Technology while working on a project funded by NASA.

In February 2020, the Department of Justice under President Trump declared: "This is just the latest case involving professors or researchers concealing their affiliations with China from their American employers and the U.S. government. We will not tolerate it.”

Lomonaco, however, attacked the case from the start as flimsy, misguided and political.

Varlan thanked the jury for their efforts Wednesday afternoon before dismissing them.

He told Lomonaco and government attorneys he'd let them know if he needed any further filings in pondering Hu's request for an acquittal, made last week before jury deliberations began.