A reward for $2,500 is being offered for information that leads to the arrest of the escaped inmate. 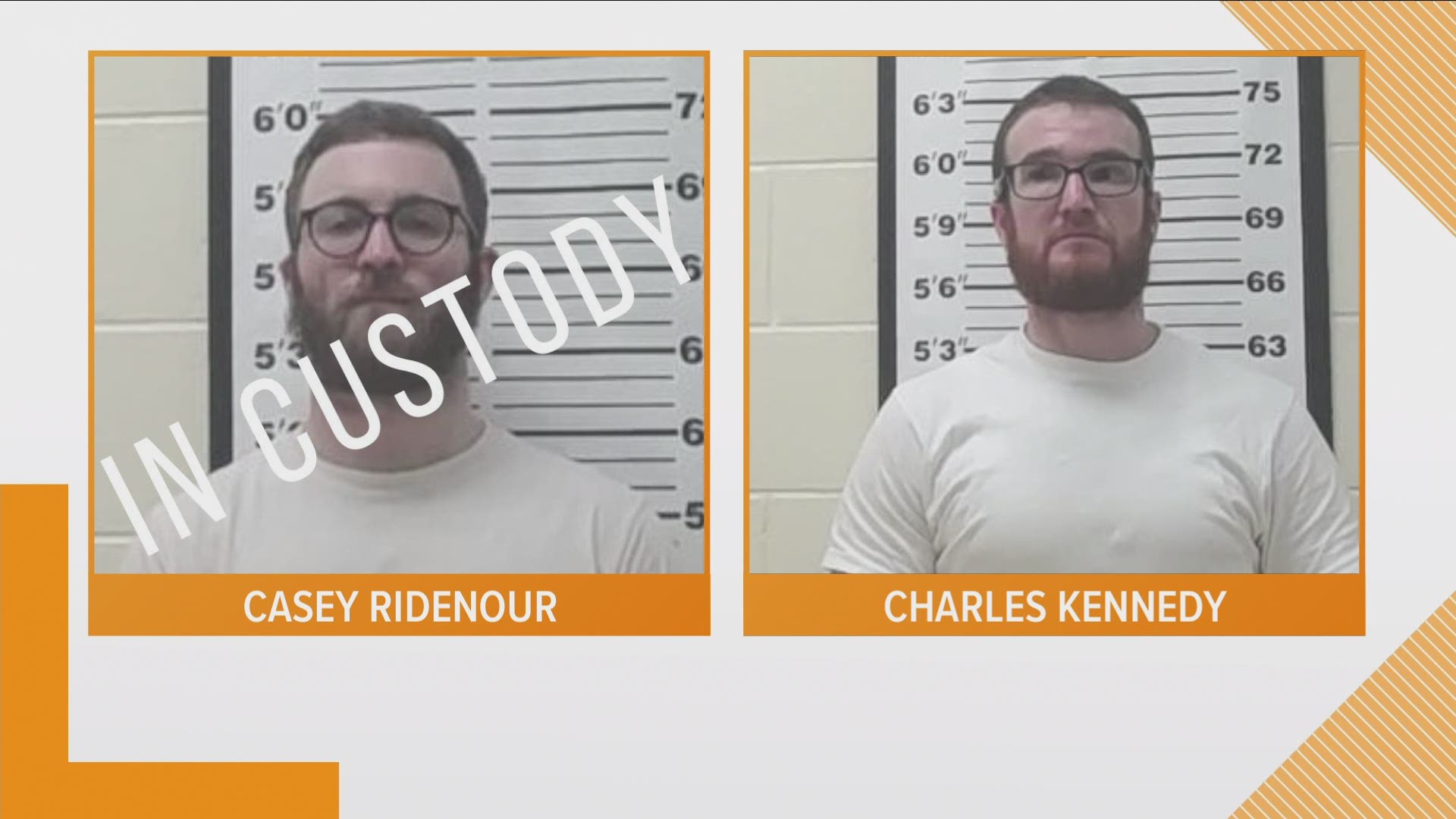 People in Fentress County remained on the lookout Tuesday for escaped inmate Charles Kennedy some 36 hours after he escaped the county jail with fellow inmate Casey Ridenour.

According to the TBI, Ridenour was captured overnight.

People should be especially vigilant in these areas: Around Commerce Drive, Woodland Drive and the County Road area.

UPDATE: Casey Ridenour is in custody. Charles Kennedy remains at large. If you have information regarding Kennedy’s...

Posted by Tennessee Bureau of Investigation on Monday, July 19, 2021

"It was just kind of weird to think if he was dangerous, what would he be capable of doing?" said Laura Cummings, who lives near the search area. "I didn't know if I was going to be sitting here and he was going to come through the yard or back yard."

Rick Hayes, who also lives near the area, said there were helicopters buzzing around their home until about 4 a.m.

"They spent most of the night walking up and down the road, looking with search lights," he said. "This is my home and I'm ready to protect it, just like all my other neighbors."

UPDATE: TBI is now asking for help in search for the two escaped Fentress County Inmates. A reward of $2,500 is being offered for information that leads to the arrest of Casey Ridenour and Charles Kennedy.

#MOSTWANTED Alert: We need your help to locate Casey Ridenour and Charles Kennedy.

Both are wanted by the Fentress County Sheriff’s Office and the TBI for Felony Escape, Felony Evading, and Theft of a Vehicle.

The inmates escaped from the jail and continued out behind the building where they stole a correctional officer's vehicle, according to a release from the Fentress County Sheriff. Officers then began a chase with a Red Dodge Charger who was driving at speeds of around 130 mph on the Highway 127 bypass.

Officials said the vehicle turned onto Delk Street where the inmates left the vehicle at the end of the road and continued on foot.

They were last seen in the area of Tinchtown Road near the Highland Manor Winery, according to Fentress County officials.

The sheriff's office later identified the inmates as Casey Ridenour, 22, and Charles Kennedy, 35.

Ridenour is around 5'11" and 154 lbs and Kennedy is around 6'4" and 145 lbs, according to officials. They both are bearded and may be wearing glasses.

Authorities did not provide any other details but asked people to call 911 if they see anyone matching that description.

Ridenour was charged with second-degree murder and abuse of a corpse in February after strangling a man with a seat belt and dumping his body in a river in December 2020. Roane County Criminal Court records show Ridenour and another man, Samuel Cook, were indicted for murdering Aaron Brown on December 9. The men were accused of strangling Brown with a seat belt over a drug debt. Brown's body was later found in the Little Emory River off a boat ramp.

Kennedy faces multiple charges including evading arrest, possession, theft and tampering with evidence, according to the Roane County Jail database. Roane County Criminal Court records show Kennedy had been indicted for breaking into a man's vehicle and stealing a Glock handgun in early April 2021. The documents said he had defaced the gun to remove its serial identification.