Fourteen former sales workers have pleaded guilty since a federal raid on Pilot headquarters in April 2013. 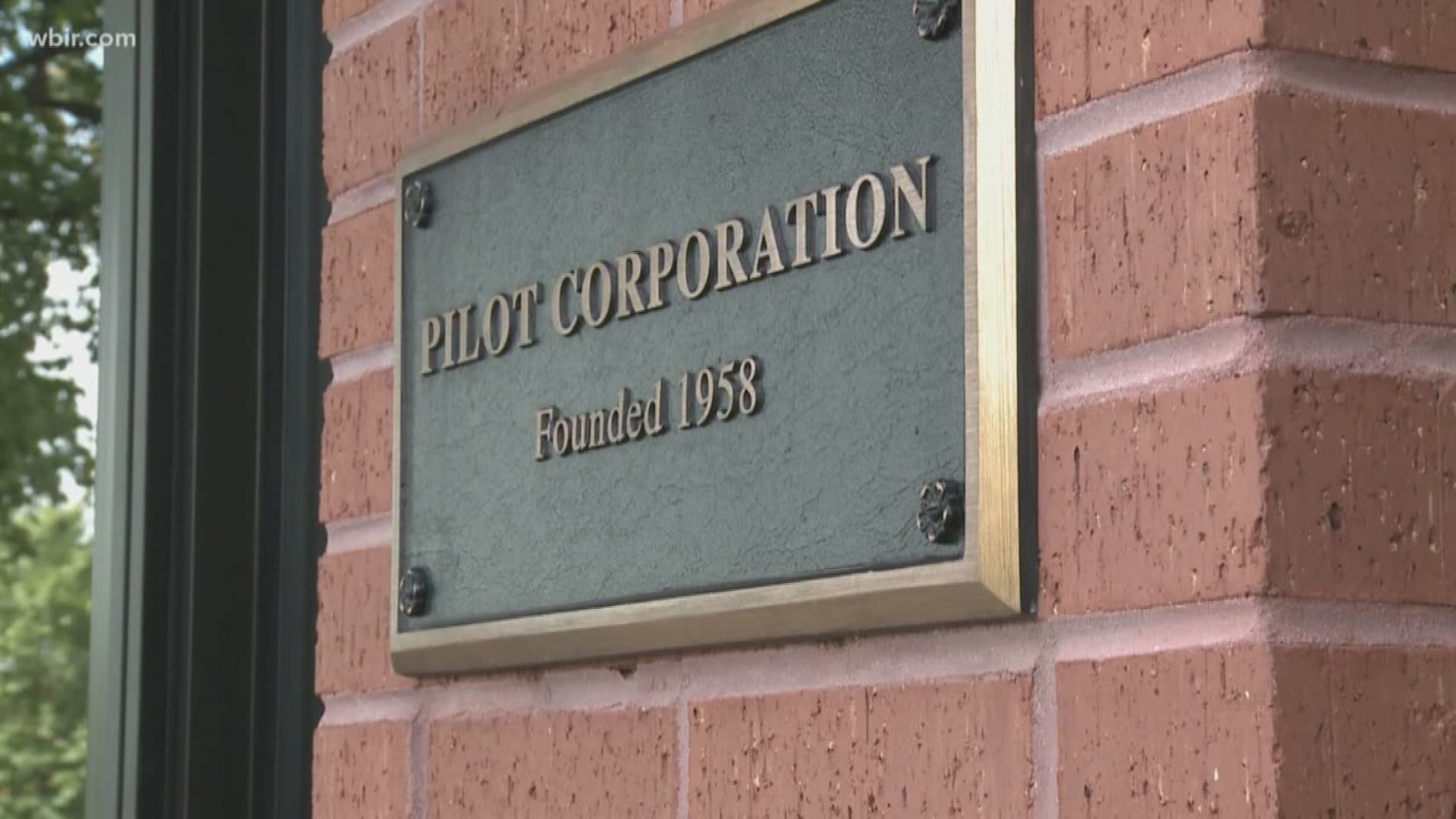 All four had pleaded guilty to taking part in a scheme to cheat some trucking customers of promised rebates.

Holden is not obliged to do community service.

All four women also were ordered to pay a $100 special assessment fee.

Since an April 2013 federal raid on Pilot headquarters in Bearden, 17 former Pilot employees have admitted or been convicted of taking part in the plot to defraud some trucking customers of promised fuel rebates.

Collier gave Hazelwood the longest sentence, 12 1/2 years in prison, of the group. He's appealing that now before the Sixth Circuit U.S. Court of Appeals in Cincinnati.

An appellate court panel last month declined Hazelwood's request for a break on his house arrest while he awaits a review of the case.

Collier has imposed sentences since last summer on former employees by groups. With each successive grouping, the punishment has been lighter, reflecting what the court sees as the culpability of the defendants.

Last month, in the most recent grouping, the judge imposed no prison at all for Katy Bibee, Chris Andrews, Kevin Clark and Michael Scott Fenwick. Instead, he put each on two or three years' probation and ordered they pay a small fine.

Judd, Radford, Holden and Welch seek the court's mercy. They all ask for probation and relatively small terms. All four are categorized as having the least culpability among Pilot employees who have faced prosecution.

Judd was the first person to plead guilty -- in May 2013. She started as an intern at age 18, was hired full time in 2009 and resigned in conjunction with her plea to a conspiracy charge.

Radford also pleaded guilty early to a conspiracy charge, in June 2013. She also began cooperating with the government, according to her sentencing memo filed Feb. 12.

After the April 2013 raid, Radford readily admitted she'd been part of the conspiracy to deny some customers rebates they'd been promised by Pilot, her memo states. She knew it was wrong and she kept on doing it "as instructed and taught by other Pilot Direct Sales employees."

Radford started working for Pilot in 2004 as a regional account representative in the Direct Sales division. Her decision from 2008-13 to take part in the sales scheme was "the biggest mistake of her life," according to the sentencing memo.

She now lives in Florida.

Holden started at Pilot in 2008 as an administrative assistant to the Direct Sales division. She received several promotions.

"In the days, weeks, months, and now years following the April 2013 FBI/IRS raid on Pilot's headquarters, I have questioned my actions daily," a Jan. 14, 2019, letter from Holden to the judge states.

"Questioned myself as to how I could have been so naive to follow the directions of my superiors without question. How stupid was I to have just gone along with the crowd and do such a thing that has ruined my life?"

Holden pleaded guilty in January 2014 to a conspiracy charge.

Welch worked much longer at Pilot than her three co-defendants -- almost 16 years, according to court records. Over time she was promoted to senior regional account representative in sales at Pilot headquarters.

One of her tasks was to cut customers' monthly rebates without their knowledge. Her time was Pilot was "pivotal" in her life, her sentencing memo states.

She met with federal agents after the April 2013 raid and signed a plea agreement in June 2013.

Welch testified on behalf of the federal government during the trial for Hazelwood, Jones and Wombold. While Welch has readily admitted she took part in the scheme, it doesn't define who she is, defense attorneys argue.

All four of the final defendants have submitted letters of support from family and friends attesting to their character.

Pilot, which avoided prosecution as a corporation, paid a $92 million fine for the fraud scheme. It also has paid more than $80 million in civil settlements to current and former customers over the plot.

The estimated amount of the scheme is more than $50 million.