Officials responded after a neighbor reported fire coming from a gas can on the front porch. 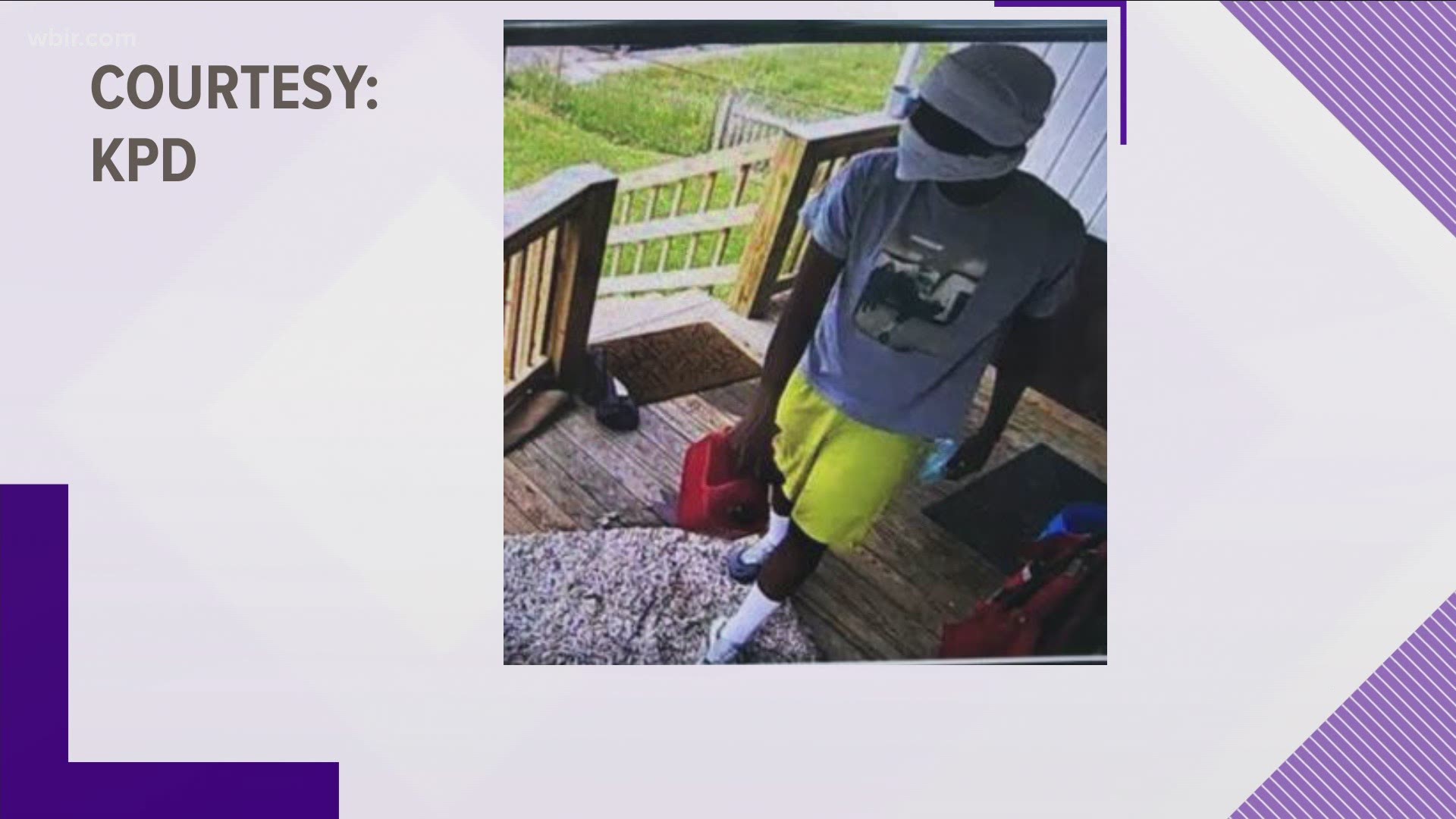 KNOXVILLE, Tenn. — The Knoxville Fire Department started an arson investigation after someone lit a fire on the porch of Anthony Thompson Jr.'s girlfriend's home, according to the Knoxville Police Department.

A KPD incident report said an officer responded to the home around 4:40 p.m. on Sunday after a neighbor noticed a fire on the front porch.

KFD was already on the scene extinguishing the fire from a gas can left on the porch, according to the report.

Officials said no one was home at the time.

Ring doorbell footage captured images of the male suspect wearing a gray shirta and yellow shorts. He's also wearing a hat and a mask which make it difficult to see his face, according to KPD.

Thompson was shot and killed by KPD officers in a bathroom at Austin-East Magnet High School earlier this month. The officers were investigating a domestic violence complaint filed by the girlfriend's mother on behalf of her daughter.

The Knox County District Attorney General said no charges would be filed against the officers in the shooting.