Firefighter's truck stolen from cancer center as wife was getting chemo

In 2013, just after her third baby was born, Kari was diagnosed with an aggressive triple negative breast cancer. 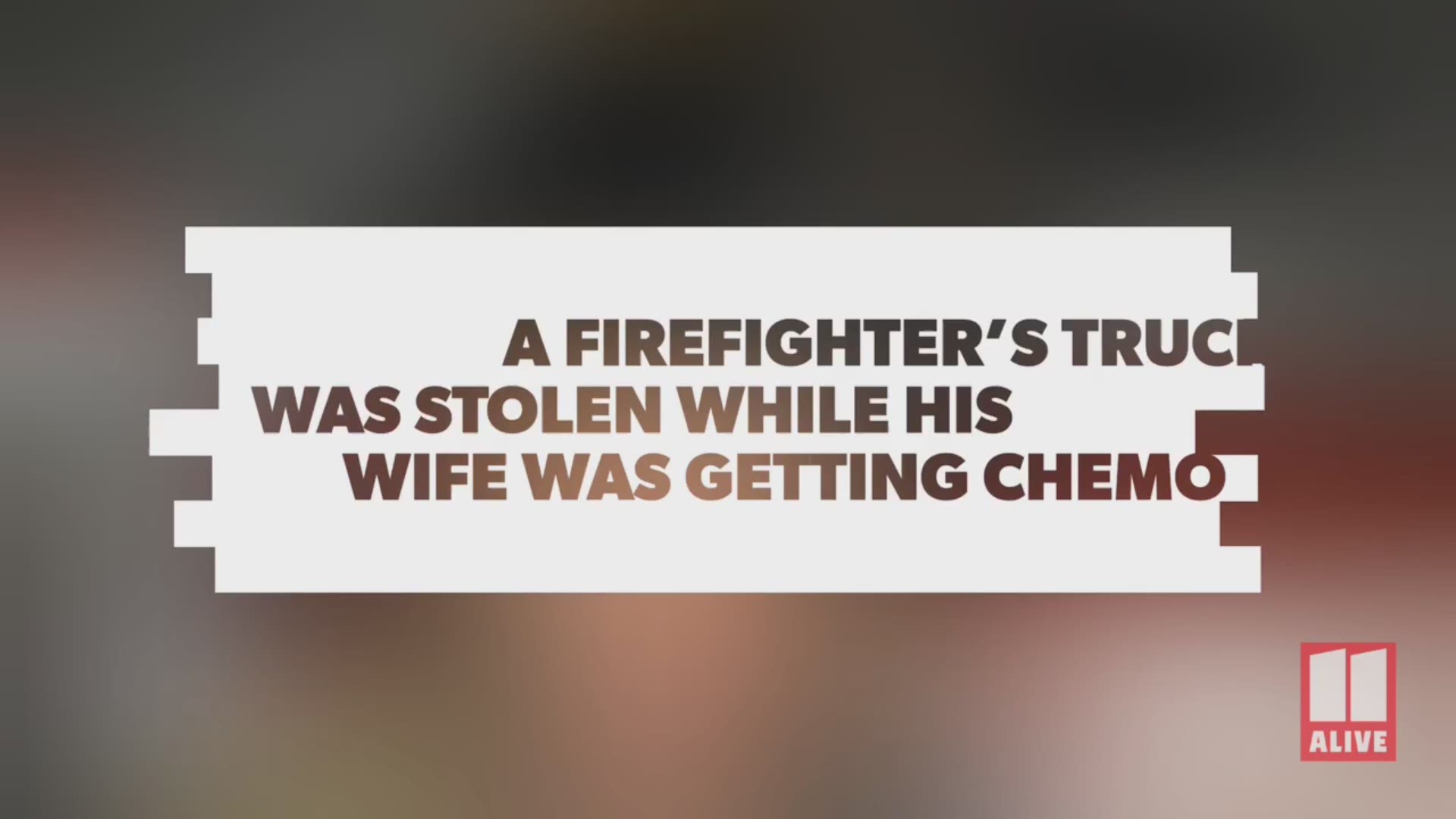 FORSYTH COUNTY, Ga. — As if the Clark family wasn't already going through enough. Matt, a firefighter, and his wife, Kari, had their truck stolen this week. She was inside getting chemotherapy and he was comforting her after just finishing a 24-hour shift.

On Aug. 27, Matt Clark, a firefighter for 18 years with Forsyth County, says his truck was stolen outside the Cancer Treatment Center in Newnan.

They were there for Kari’s visit with a new oncologist and for her weekly infusion.

As difficult as it is to imagine someone stealing a vehicle from a cancer patient, the items inside the truck were even more valuable, Matt told 11Alive.

Kari had some medication in the truck, which their insurance company has since replaced. He had a guitar Kari gave to him for their anniversary in the truck.

He also had a custom-made rescue knife inside the truck that his dad gave him before he died three years ago from cancer. His dad was also a lifelong firefighter and served as chief in Forsyth County.

Matt said they're just trying to get through all of this.

"She's beautiful. Strong. The best wife and the best mother. We've just tried to let it all go. Just focus on God's grace," he said.

In 2013, just after her third baby was born, Kari was diagnosed with an aggressive triple negative breast cancer. Since then, she has tried numerous treatments.

He said Kari is in a good place now because they finally got a hold of medication that she is responding very well to.

A family friend, Mary-Michael Taylor, set up a GoFundMe page for the Clarks that has already surpassed the initial $5,000 goal.

"It's very overwhelming," Matt said. "We are very grateful."

"The love of their community at this time is an overwhelming blessing. Even if you cannot give, please continue to pray for Kari’s health, Matt’s strength and for their three, young girls to have peace," she said.