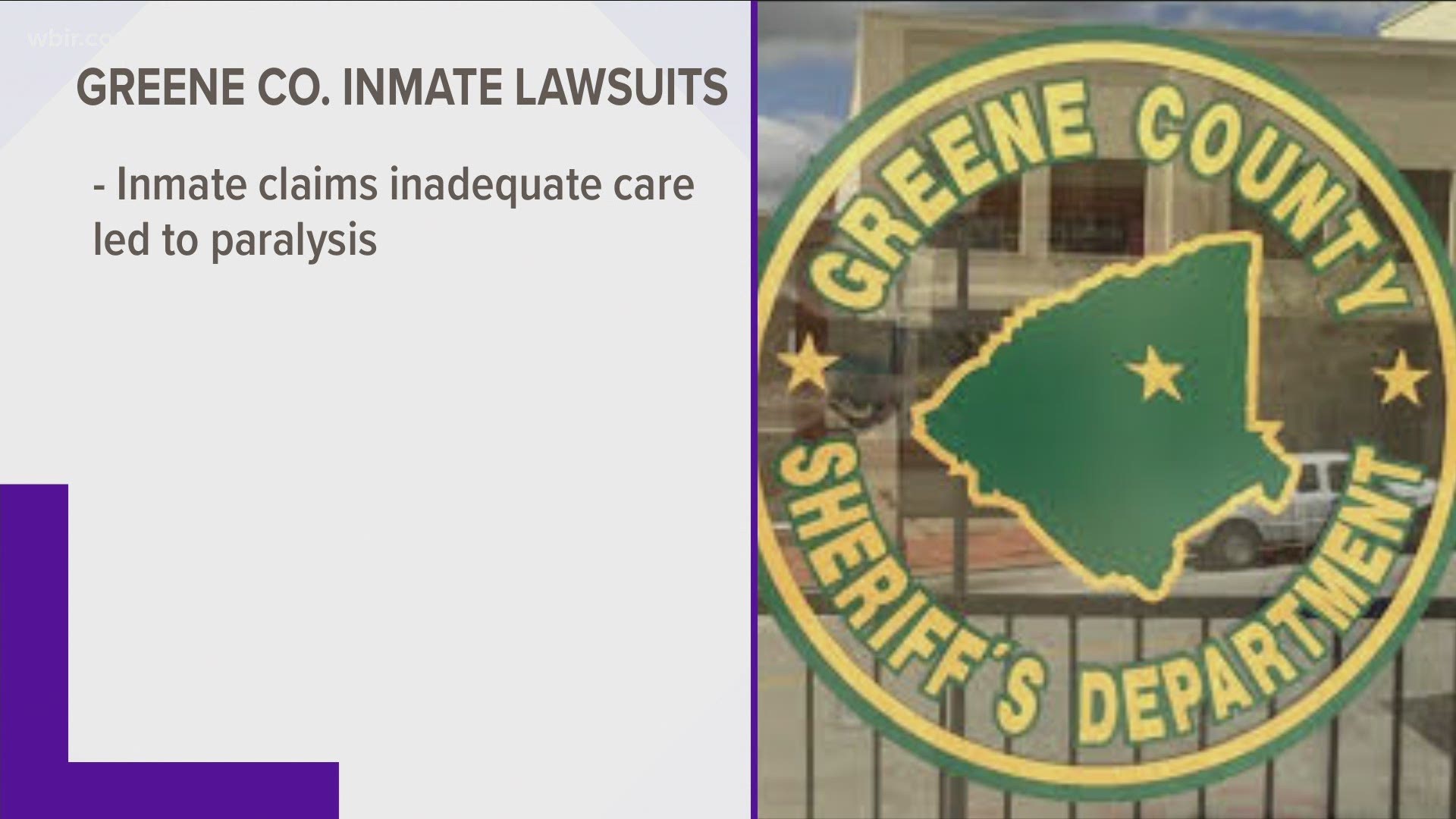 GREENE COUNTY, Tenn. — Three former inmates are suing Green County leaders for negligence and civil rights violations, some of which ended with the inmates being harmed, according to three separate lawsuits.

According to one lawsuit, an inmate was paralyzed after he fell from the top bunk of his cell and failed to receive immediate medical treatment. The lawsuit stated he suffered injuries to his head, shoulders and neck.

Additionally, the lawsuit said other inmates had to help assist him and write out medical requests because the inmate could no longer use his hands.

According to another lawsuit, another former inmate said he was beaten by other inmates after officials failed to monitor his cell.

Lastly, a third lawsuit claims another inmate was arrested for probation violations after his probation had ended.

10News has not heard back from county leaders.

This is a developing story, we will continue to update you as we learn more.