Matthew M. Wilder was arrested after he was reported last year to have engaged in the relationship with a now former student, according to officials. 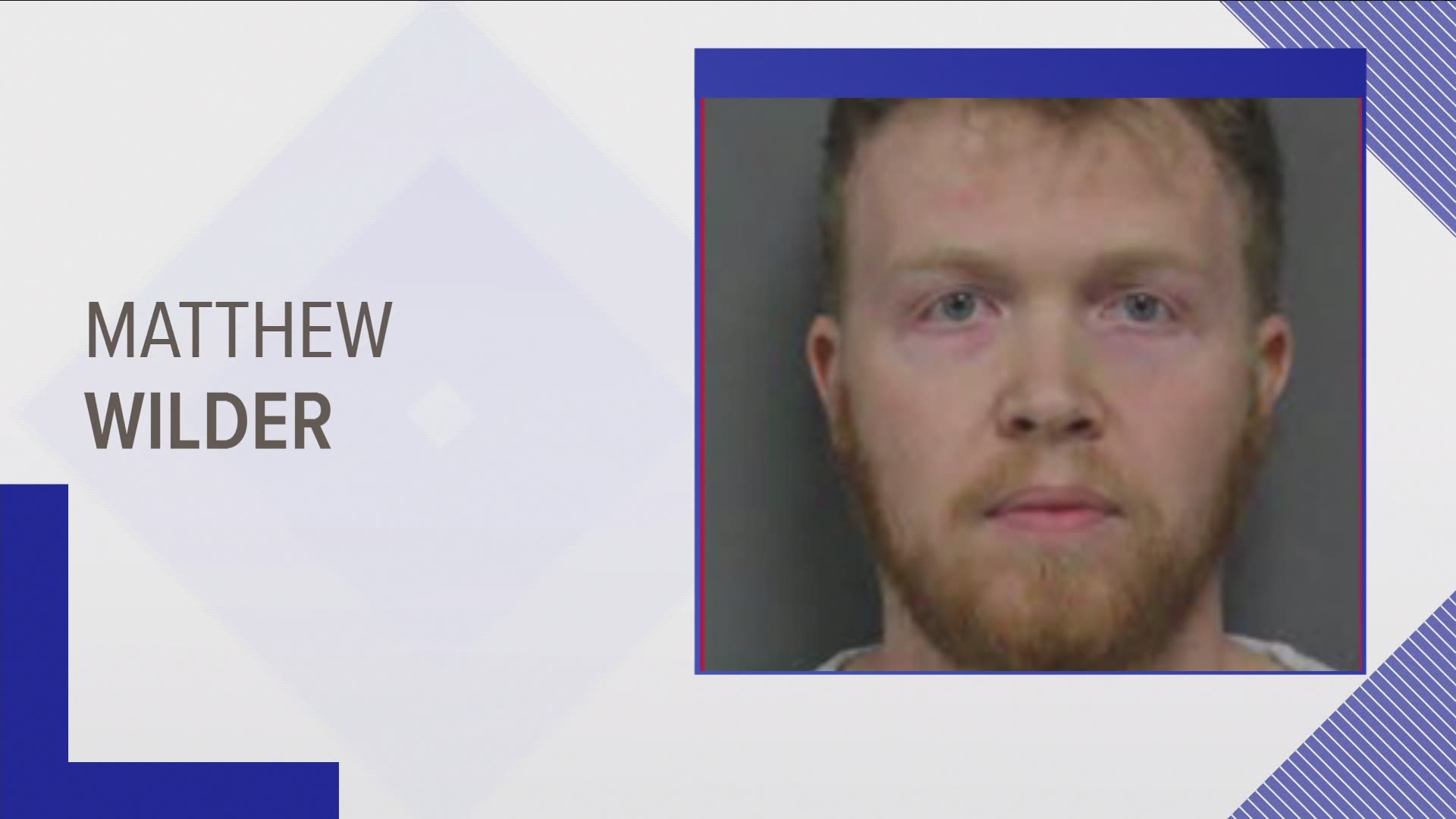 JEFFERSON COUNTY, Tenn. — A former Jefferson County High School history teacher faces an indictment alleging he used the internet to engage in an illegal sexual relationship with a minor.

Matthew M. Wilder's alleged actions occurred from August 2019 to January 2020, according to the Jefferson County indictment. He is 31.

Wilder was arrested last week on the two-count indictment.

School authorities say they looked into allegations that he interacted with someone who at the time was a student.

The investigation began in October after Jefferson County school system officials received an anonymous email in September about the relationship, according to records. They said that it began while the student was enrolled at Jefferson County High School.

According to a police report, the student was age 17 at the time. The person no longer attends the school.

Wilder had been a teacher at the high school for seven years, according to the police report.

According to a notice from Shane Johnston, director of schools, the district also notified the state Department of Children's Services, law enforcement, and the state Office of Teacher Licensure.

"The allegations did not involve any current students in Jefferson County Schools," a statement from the school system reads. "The safety and wellbeing of our students is a top priority, and we work hard to create a culture where school is the safe space that students need in order to grow and mature."

The indictment states Wilder used a webcam to persuade a minor to engage in "simulated sexual activity that is patently offensive." He also is alleged to have done the same himself so that the minor could see it, the indictment states.