Police identify the men as Sammy Durham and Jimmy Winters. The two were employed for Big Woody's Tree Service and will be charged with Aggravated Burglary and Theft 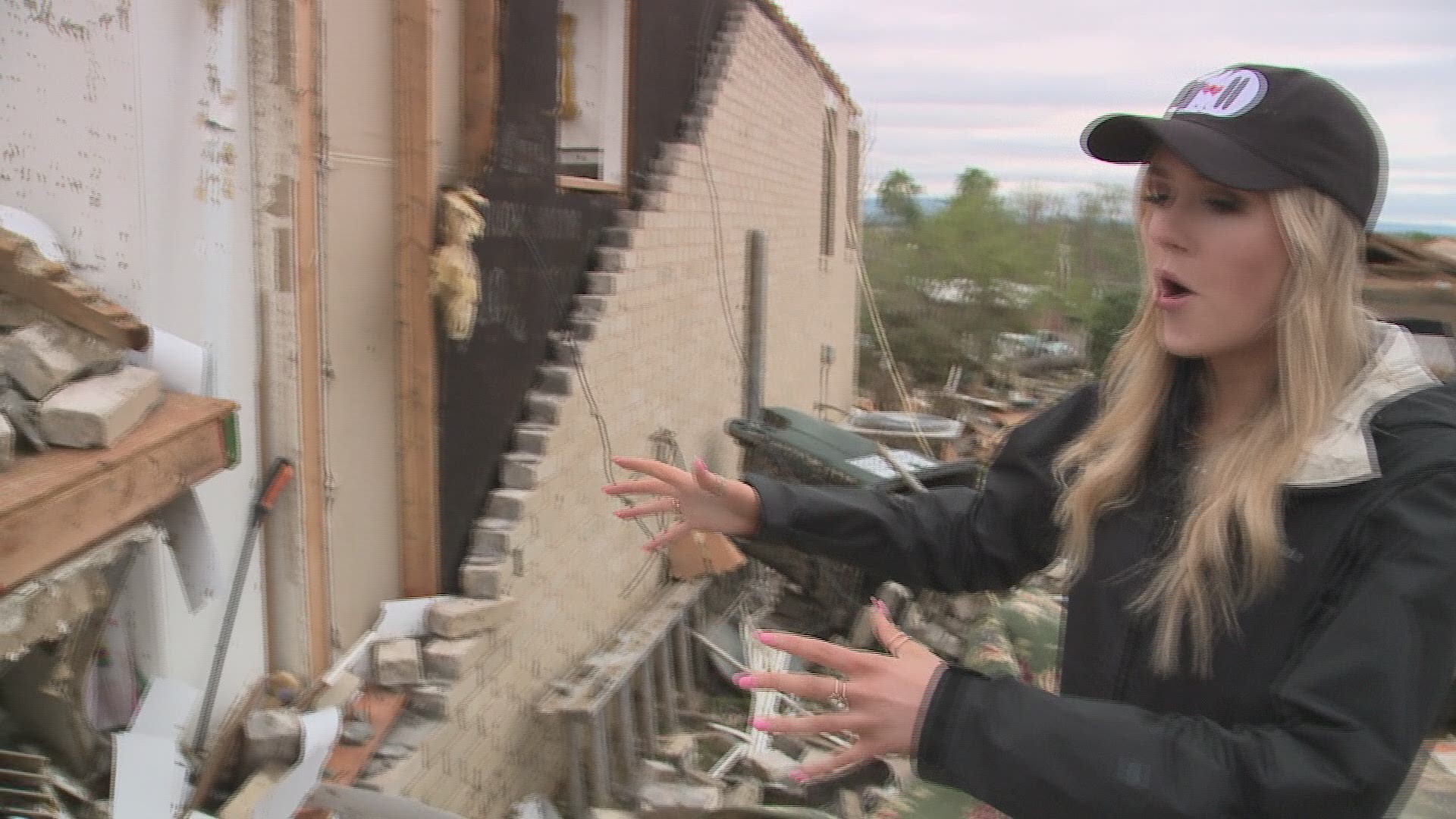 CHATTANOOGA, Tenn. — Warrants have been issued for two employees of a Chattanooga tree service company, after one woman says they stole from her tornado-damaged home.

WRCB Channel 3 in Chattanooga investigated after she reached out to police, saying the company tried to return some of the items to get her to stay quiet.

Angela Carson says her neighbor hired Big Woody's Tree Service to clear the debris from the tornado in their yard, but the men who showed up to do the work stole from her home instead.

Police identify the men as Sammy Durham and Jimmy Winters. The two were employed by Big Woody's Tree Service and will be charged with Aggravated Burglary and Theft of over $1000.

"Every little thing that these people come in my home and take, for all they know it has extreme non-monetary value to me and my family," said Angela Carson.

Carson installed a camera after the tornado hit to watch over what she could not. She says she caught the men, who were supposed to be working next door, take her belongings.

"Took our refrigerator out the back door and carried it off in the trailer. They stole from us," Carson said.

Channel 3 went to Big Woody's Tree Service to speak with the owner about the charges.

"I probably need to do a little better job on background checks and that sort of thing," said Cody Watkins, owner of Big Woody's Tree Service.

Watkins claims he fired the pair and is putting the rest of his staff through retraining of company policy.

"I don't need to be prosecuted for it. I didn't steal the stuff," Watkins said.

Carson said the theft happened at 3:00 p.m. on May 10, a time Watkins says the pair was off the clock.

However, Watkins confirmed the two men used company equipment to load the stolen items onto the family's trailer before driving away.

"It's hard to control what they do after hours, but still, we don't approve of it," said Watkins.

Channel 3 asked Watkins, "Is it concerning to you that you don't know what you're employees are doing with your equipment once they're off the clock?"

Watkins then walked away from the interview.

"To take advantage of people who have already lost everything, is a new kind of low," Carson said.

She says Durham and Winters returned her refrigerator and trailer after they were fired, but she is still missing a sentimental piece of jewelry.

"If I could get my Pandora bracelet back I would probably pay thousands for it because I cannot re-buy it," cried Carson.

She says she is missing more jewelry and furniture.

Winters was previously charged with theft in 2005.

RELATED: 'These are our communities too' | East Tennessee inmates raise thousands for tornado relief