Authorities said the four were arrested as part of an investigation into human trafficking involving underage girls in the area. 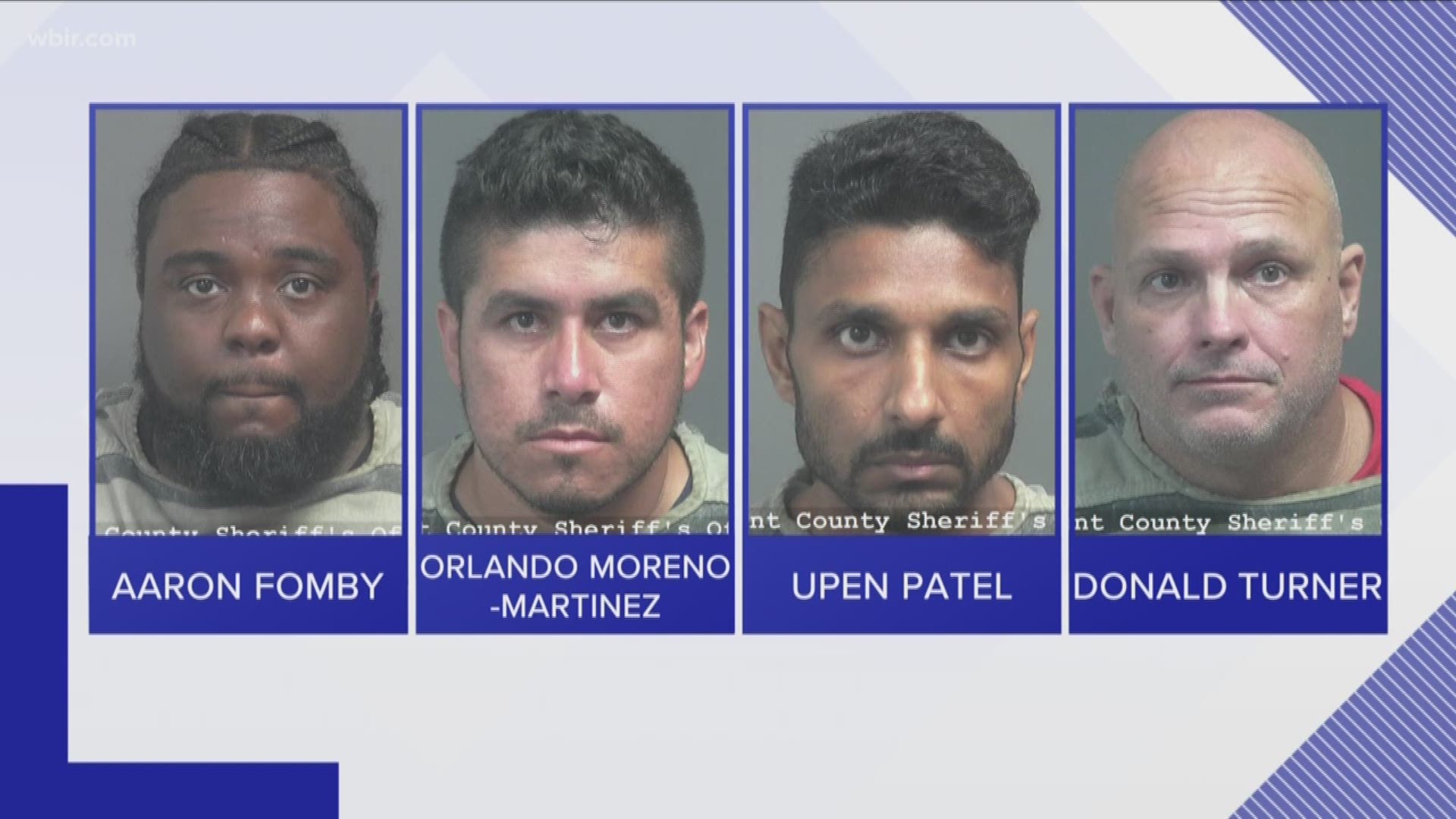 The TBI said the team arrested four men on Friday and Saturday after authorities placed several decoy advertisements on websites known to be linked to prostitution and commercial sex cases.

The TBI identified the men as Upen Patel of Sweetwater, Aaron Fomby of Detroit, Mich., Orlando Moreno-Martinez of Knoxville, and Donald Turner of Knoxville.

Patel is being charged with two counts of trafficking a minor for a commercial act and was booking into the Blount County Jail on a $1 million bond.

Fomby and Moreno-Martinez are both being charged with one count of trafficking a minor for a commercial act, and were booked into jail on a $500,000 bond.

Turner is being charged with promoting prostitution, and was booked into the Blount County Jail on a $6,000 bond.

The TBI said the investigation is ongoing and there could possibly be more arrests and charges.