A video shown in court reveals the details in the hours leading up to Riley Gaul's arrest. 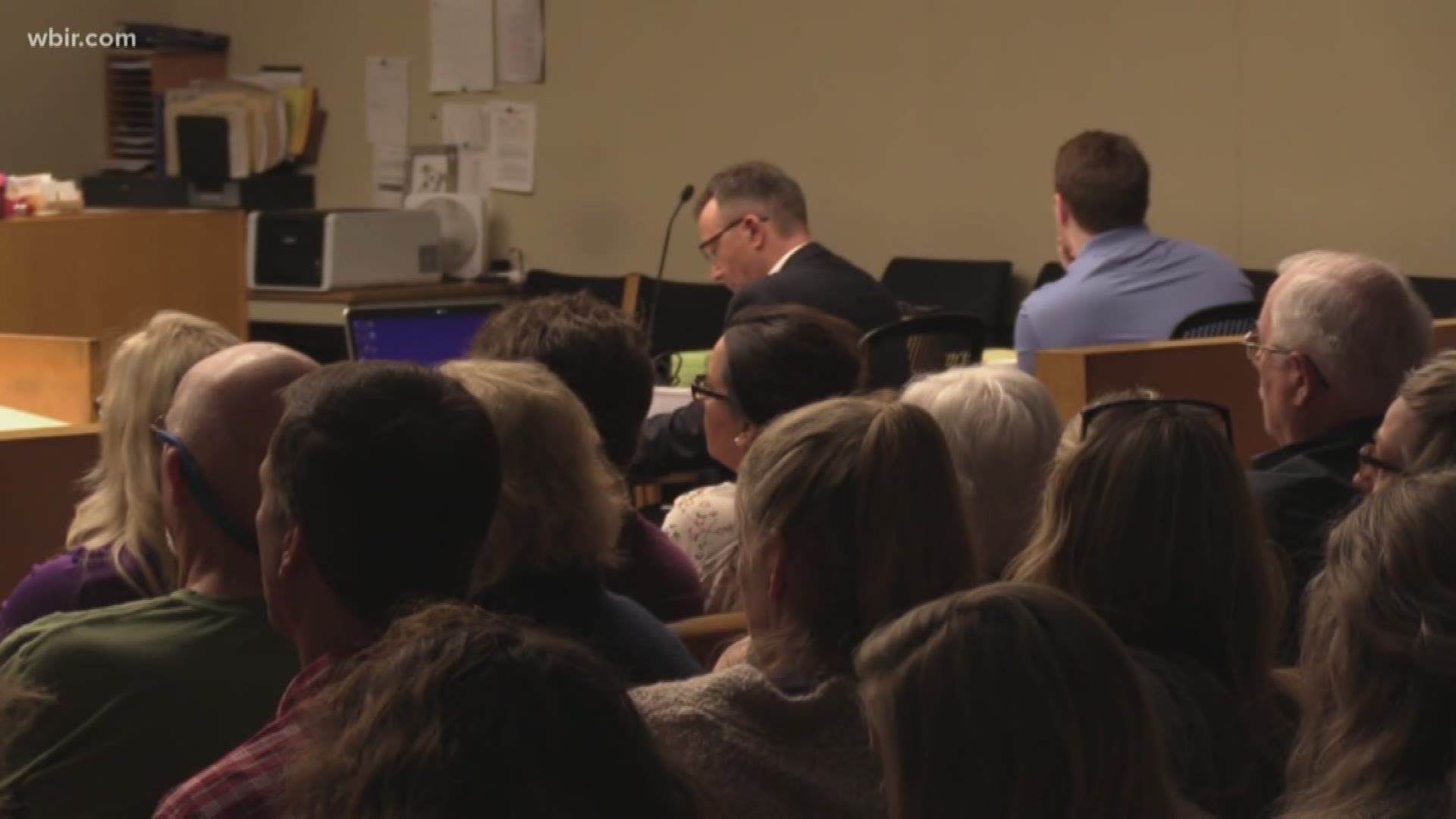 Friends of Riley Gaul worked with investigators to secretly record him trying to get rid of a gun on the night he was arrested for the murder of his ex-girlfriend, they testified in court Thursday.

Three of Gaul's friends shared their accounts of the days leading up to 16-year-old Emma Walker's death, and Gaul's reaction in the days after.

Gaul is charged with aggravated stalking and first-degree murder in connection to Walker's November 2016 death.

Isaac Ewers told the courtroom he was Gaul's best friend. Ewers said the friends spent most of the weekend before Walker died at Noah Walton's house.

That Friday night, they received a call from Gaul, saying he had been kidnapped, but Ewers said they didn't believe him. When Walker was found dead a few days later, Ewers called Gaul and advised him to speak with police.

"After the kidnapping, I had known where this was heading, I suppose," Ewers said.

James Alexander McCarty, who goes by Alex, testified the friends had discussed having an intervention with Gaul, but said he seemed to have returned to normal the day before Walker's death.

McCarty said Gaul showed him his grandfather's gun days before Walker's death. After talking with Gaul about the gun the night after Walker died, McCarty said he called the police, eliciting a string of texts from Gaul.

The texts were read for the jury.

"Why did you tell him about the gun," Gaul said in the texts, "They think I shot her because of it."

In the courtroom, McCarty read back his response.

"If u didn't do anything u have nothing to hide bro and i figured u might use it to kill yourself after all this happened im worried about u," the text messages said.

McCarty said investigators gave him a fob and a wire to gather information from Gaul. The video collected was played for the jury.

In it, McCarty and Walton speak with Gaul about Walker and the gun.

One friend is heard asking in the video, "So why can't you just give them the gun?" To which Gaul replies, "it just needs to be gone."

The video then shows the three driving to Gaul's stepfather's home to pick up the gun and a plastic bag with gloves and sweatpants. They then drive to an area described as "The Bluffs" in an attempt to get rid of the weapon.

"If it's in the Tennessee River, they'll never find it." -Gaul speaking on disposing his grandfather's gun.

Once there, the video recorded law enforcement officers arresting the three as part of the plan orchestrated with McCarty and Walton.

McCarty and Walton were not charged.