Georgia man in custody after car chase in Loudon County

The sheriff's office said Dionta Arnold led law enforcement on a chase on I-75 before a deputy used a stun gun to take him into custody. 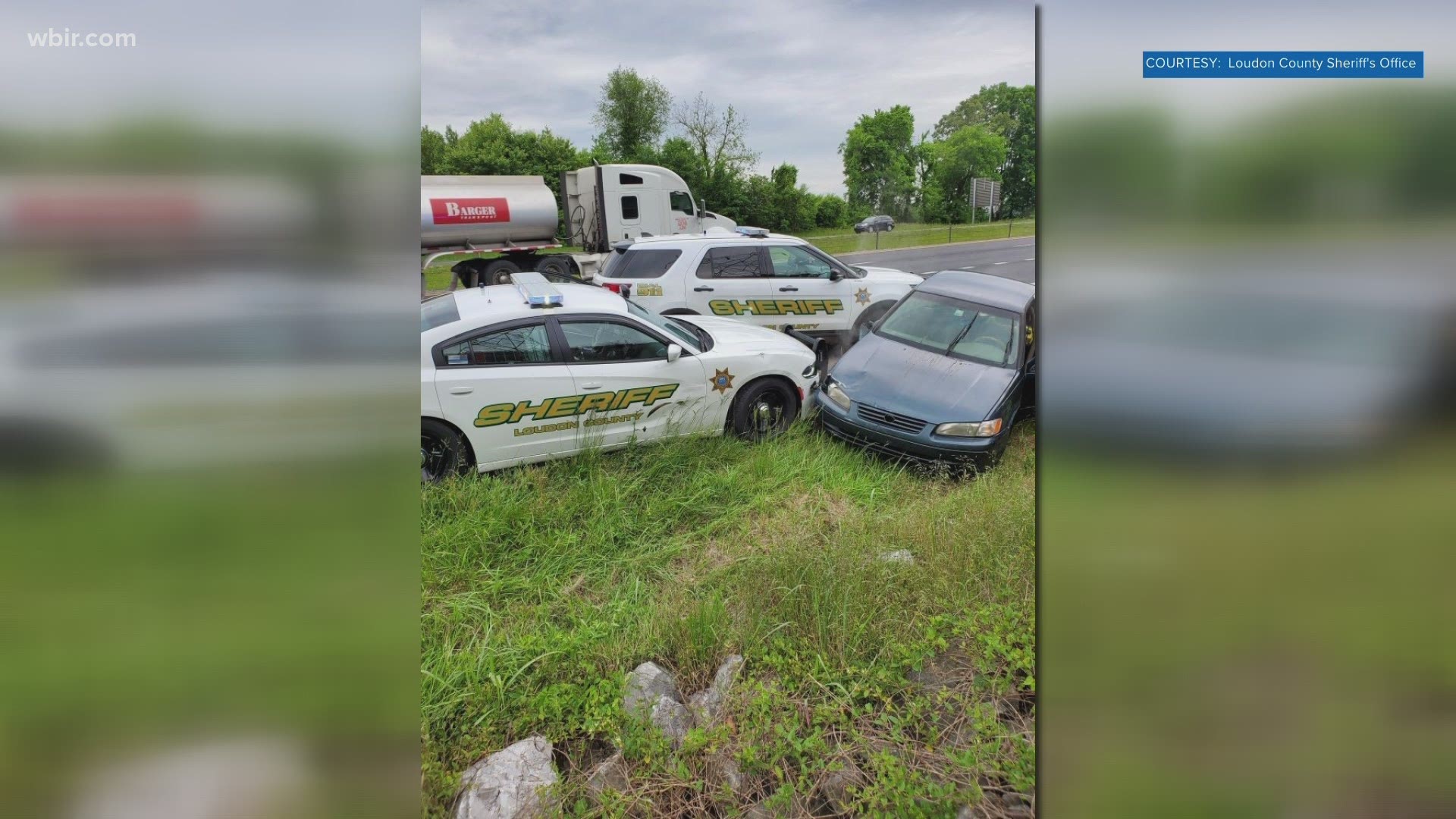 LOUDON COUNTY, Tenn. — A Georgia man is now in custody after a car chase in Loudon County, officials said.

The Loudon County Sheriff's Office said they received a call at around 8:45 a.m. Sunday that a man was walking on the property of an abandoned house on Hotchkiss Valley Road East. When deputies arrived, they said Dionta Arnold was hiding behind his vehicle.

The sheriff's office said Arnold did not comply with deputies, instead, he jumped into his car and started driving onto Interstate 75.

When officials were able to stop Arnold's car, deputies said he got out of the vehicle and started running.

"The male then exited his vehicle and fled on foot a short distance which ended when Deputy Bengel deployed his taser. The male was taken into custody without further incident," Chief Deputy Jimmy Davis said in a statement.

Officials said Arnold was found to be in possession of a stolen vehicle from Clayton County, Georgia. Arnold was also wanted on multiple felony warrants and had a loaded handgun that was recovered by deputies.

Arnold is charged with felony evading and felony reckless endangerment in Loudon County and is being held at the Loudon County Detention Facility.

After facing those charges, he will be transferred back to Clayton County, Georgia, the sheriff's office said.