He will die by lethal injection at the prison in Nashville. 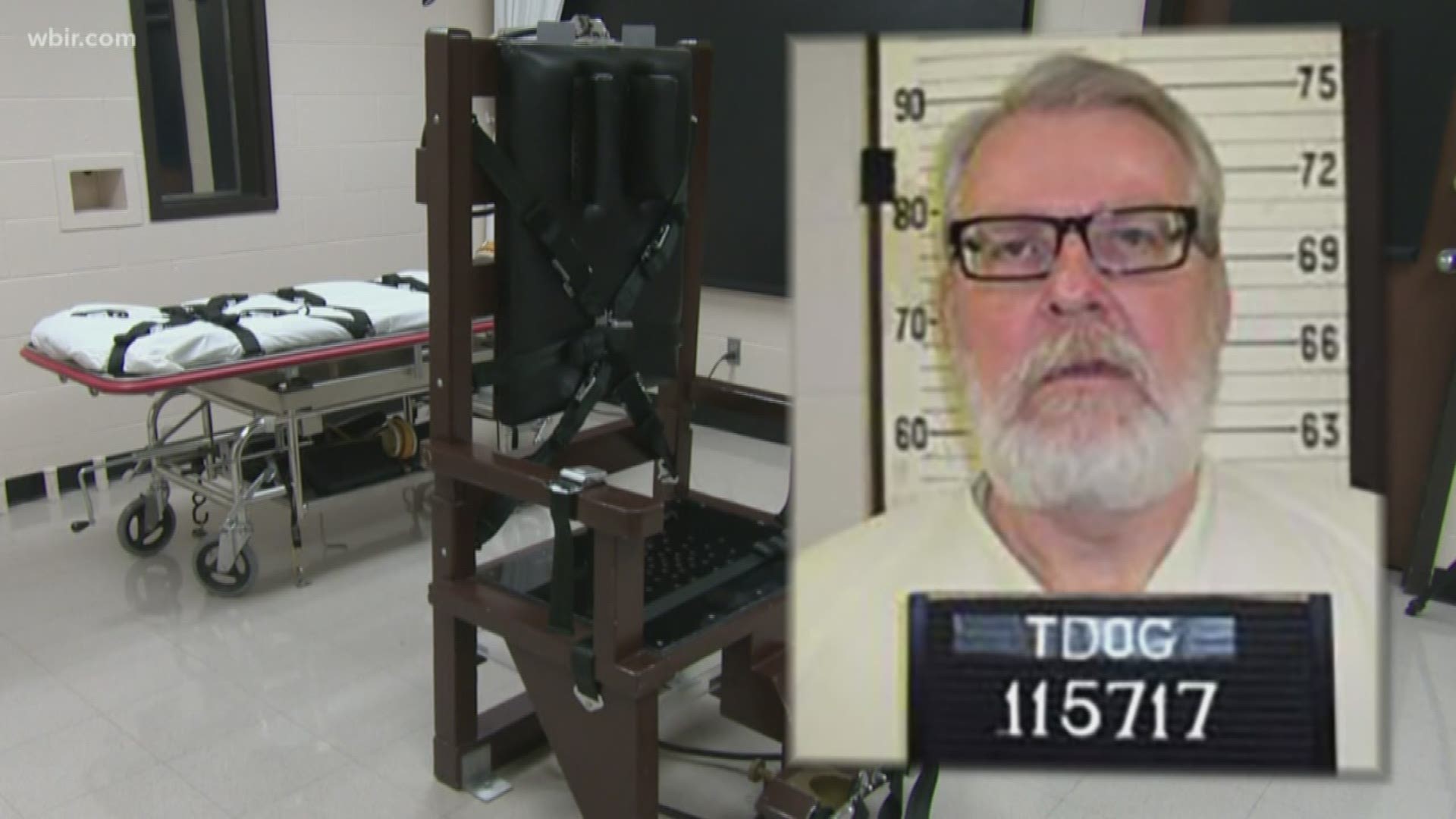 NASHVILLE, Tenn. — Updated Story (8/15/19 8:31 p.m.): Stephen West, a Union County death row inmate convicted in an East Tennessee double-murder in the 1980s, has died after the State of Tennessee executed him at the Riverbend Maximum Security Institution in Nashville.

Update (8/14/19): Tennessee death row inmate Stephen West has decided to be executed by electrocution, the Tennessee Department of Correction said in a news release Wednesday.

West had initially declined to choose a method for his execution, which would have resulted in his death by lethal injection.

West is scheduled to be executed Thursday.

Death row inmates who committed the crime before Jan. 1, 1999, may choose to be executed by either lethal injection or electrocution under Tennessee law.

Original Story (8/13/19): Death row inmate Stephen West was moved to death watch Tuesday ahead of his execution scheduled for Aug. 15, 2019.

He will die by lethal injection at the prison in Nashville.

"In accordance with protocol, inmate Stephen West #115717 was moved to death watch this morning shortly after midnight. Death watch is the three-day period before an execution when strict guidelines are implemented to maintain the security and control of the offender and to maintain safe and orderly operations of the prison," the Dept. of Correction said in a press release. "During this period, the offender is placed in a cell adjacent to the execution chamber where he or she is under 24-hour observation by a team of correctional officers."

On Tuesday afternoon, Tennessee Governor Bill Lee said he would not intervene.

“After thorough consideration of Stephen West’s request for clemency and a review of the case, the State of Tennessee’s sentence will stand, and I will not be intervening.”

On the afternoon of March 17, 1986, Jack Romines returned home to find his wife, Wanda, and 15-year-old daughter Sheila stabbed to death.  The mother and daughter were tortured and showed signs of sexual assault.

23-year-old Steve West and 17-year-old Ronnie Martin had been out all night and drove to the Romines home. They waited for Jack Romines to leave for work before knocking on the door.

In 1987, a jury convicted West of murder and sentenced him to die in the electric chair.  Martin was scheduled for trial when his codefendant was sent to death row.  Martin then pleaded guilty and was sentenced to life in prison as a 17-year-old rather than risk facing the death penalty if tried as an adult.

Steve West (right) was sentenced to death for the 1986 double-murder of Wanda Romines, 51, and her 15-year-old daughter, Sheila.

Since the 1980s, West's execution has been scheduled and postponed repeatedly. Now his execution is days away and Campbell says he is prepared for closure.

"Only those individuals who are on the offender’s official visitation list are allowed to visit the offender during the death watch period. All visits are non-contact until the final day before the execution at which time the warden decides if the offender can have a contact visit," the Dept. of Corrections said.