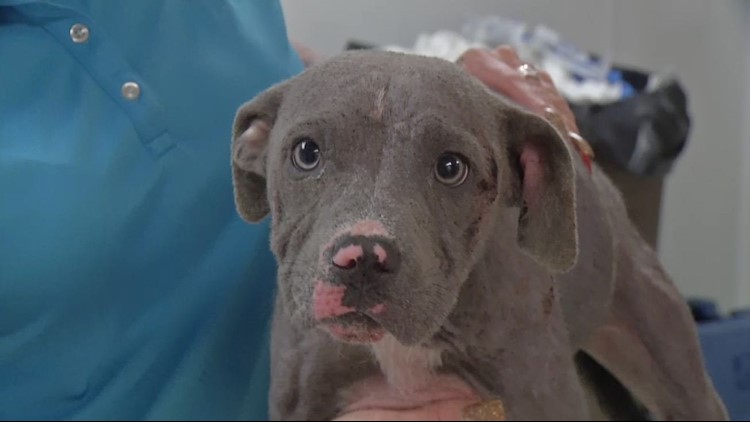 A man is charged with animal cruelty after a six-month old puppy was thrown out of a car.

Saenz is believed to be the person who threw a dog from a vehicle on Dayton Pike Friday night. injuring the animal.

The six-month old puppy is being treated at the Humane Education Society.

A man is charged with animal cruelty after a six-month old puppy was thrown out of a car.
WBIR

The dog is "doing great," according to HES Executive Director Bob Citrullo.

"His spirit is unbroken and he still loves being with people," Citrullo told Channel 3.

Investigators say Saenz, the owner of the dog, has denied throwing the animal from the moving vehicle.

Police believe another individual may have been in the vehicle at the time and they say that person could be charged too.

Saenz is scheduled to be in court on Tuesday, June 19 in Soddy Daisy.