The Harriman Police Department said that Brian Frost, a member of the Harriman City Council, was arrested for domestic assault early Tuesday morning. 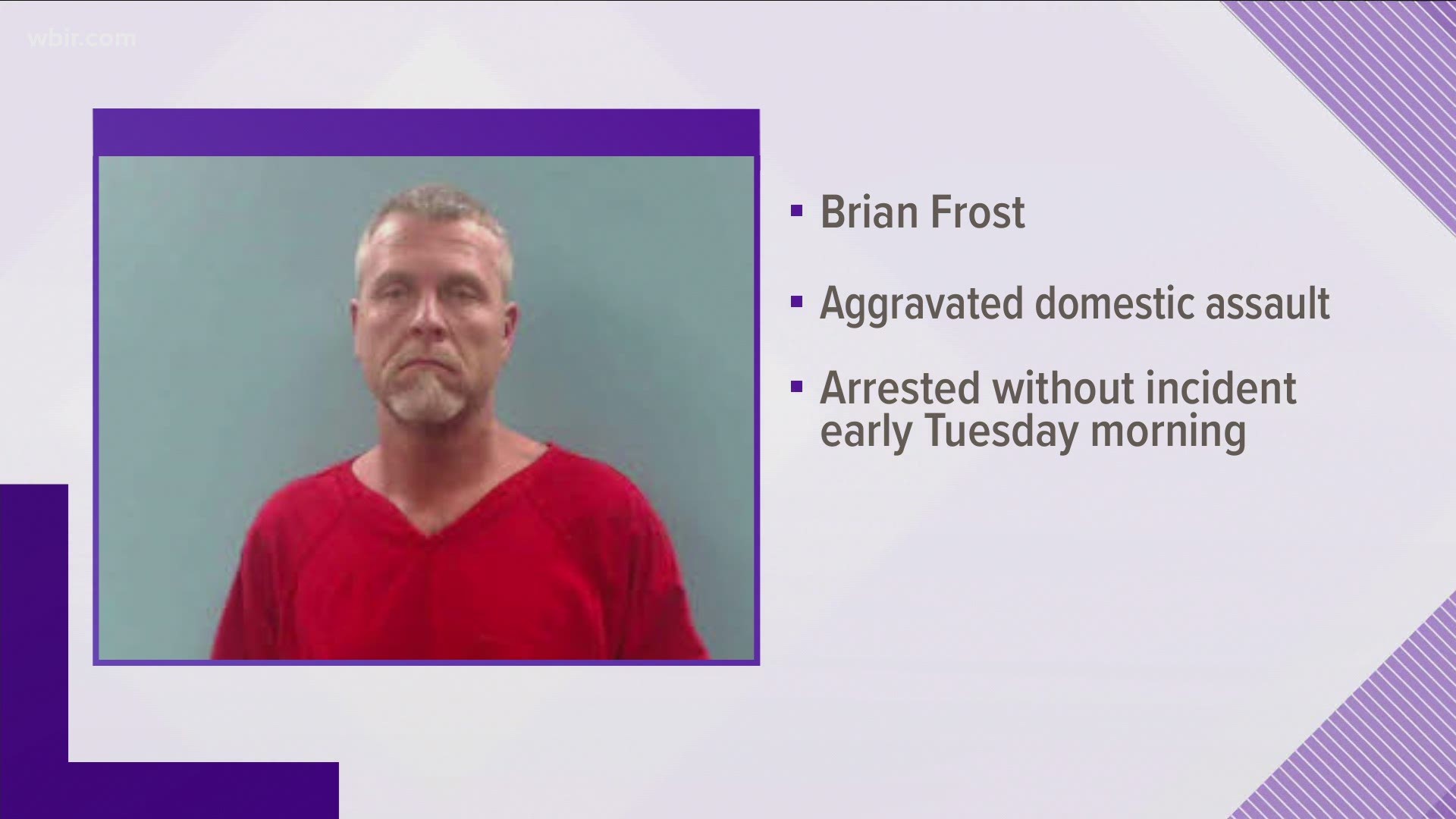 HARRIMAN, Tenn. — A city council member in Harriman was arrested early Tuesday morning, according to the Harriman Police Department, after allegations of domestic assault.

They said officers responded to a call involving Councilmember Brian Frost, identifying his wife as a victim. When police arrived at their home, Nicole Frost opened the door and police said that she had bruises on her chin and on the side of her neck.

According to the police, Nicole said that she and her husband had been in an argument when she went to get her things from his shop. During that time, Brian began throwing things and hit her, Nicole told police.

Another police officer went to speak with Brian while the first officer spoke with Nicole. The councilmember told that officer they had been arguing and he "lost his cool," shattering windows and other items at the shop. He said that he did not hit Nicole, according to police records.

Brian said that a worker who lives at the shop was a witness. Police spoke to the worker who said he heard them arguing and left, then returned to help clean up the mess, including the shattered windows.

Brian was arrested for aggravated domestic assault and taken to the Roane County Detention Facility. The Harriman Police Department also made a statement about the incident.

"After consultation with District Attorney General Russell Johnson's Office regarding the events of April 6, 2021 involving Councilman Brian Frost, just like any other citizen, Harriman City Councilman Frost is entitled to the due process of the legal system," the statement said.

"The Harriman Police Department responded to a call for service. The officers on the scene made their determination as to their analysis of the situation and the evidence before them. The narrative in the arrest warrant, which is of public record once it has been filed, speaks for itself."

They also emphasized that the allegations in the arrest warrant were still only allegations and that anyone who is arrested is presumed innocent until convicted.