The indictment indicates that the children sustained severe bruising, with authorities saying they were told the couple would punch, choke and kick the them. 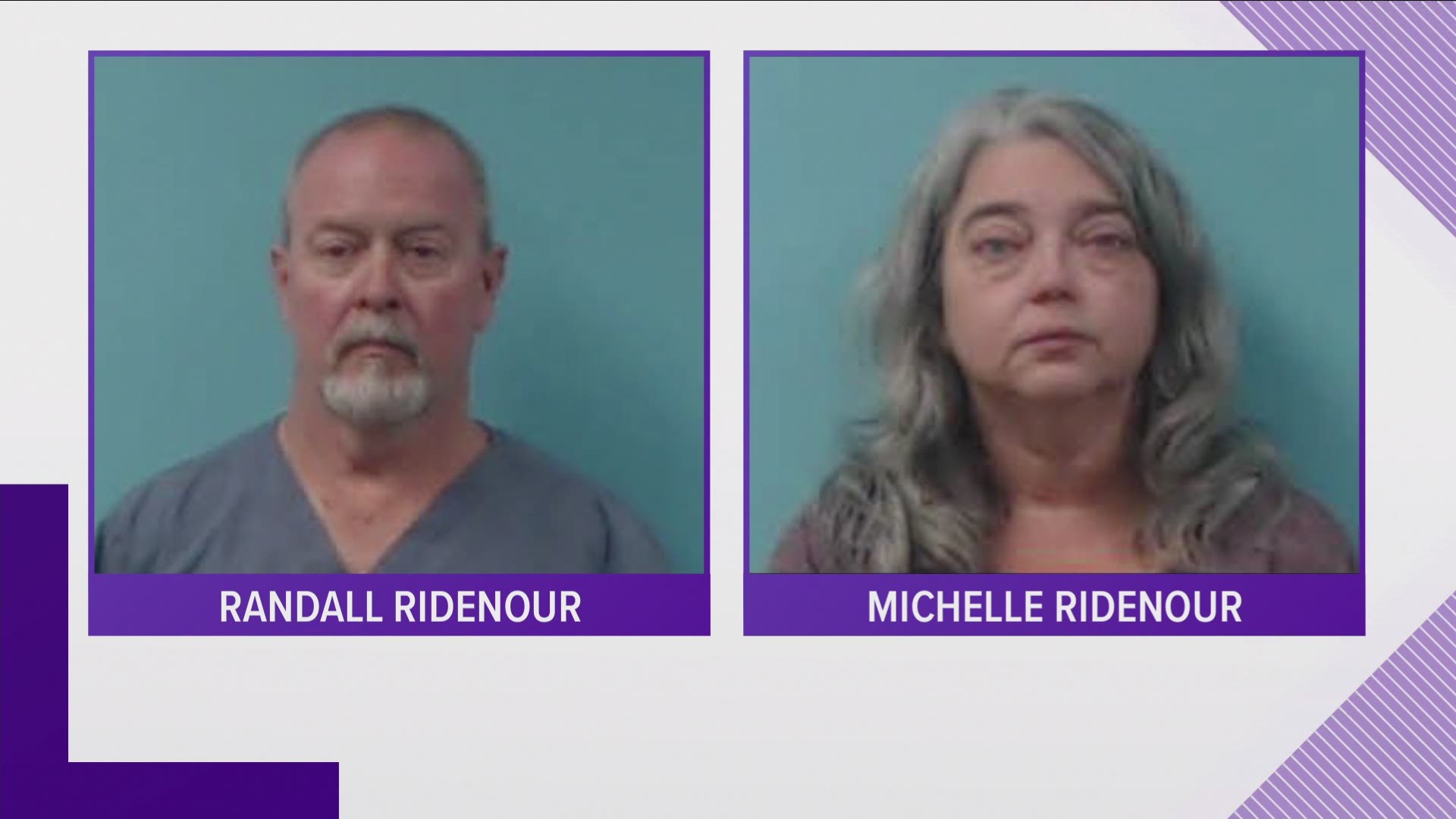 HARRIMAN, Tenn. — A Roane County couple is accused of abusing their adoptive children after authorities said they learned the kids had been choked, kicked, punched and deprived of food.

The two pleaded not guilty in court Monday during their arraignment.

The victims, according to the indictment, were six children between the ages of 6 and 14 years old.

The indictment indicates that the children sustained severe bruising when being whipped with a belt.

Several charges accuse the couple of treating the victims "in such a manner as to inflict injury, and the act of abuse was especially heinous, atrocious, or cruel or involved the infliction of torture to the victim."

According to the Roane County Sheriff's Office, deputies received a referral of alleged child abuse from the Tennessee Department of Children's Services on July 2020. The children had been placed in the care of another family member during the investigation by the Roane County Child Protective Investigative Team.

Around July 14 and 15, authorities said several of the children reported being choked, kicked, punched, and hit with objects by their adoptive parents. The children also said the adoptive mother had held a knife to one of the child's necks.

Authorities said they were told food was sometimes withheld as a form of punishment.  When investigators confronted the couple at their home on Sycamore Drive, they said the two admitted to kicking the children and hitting them. They said the wife also admitted to grabbing several of the children by the throat.

The alleged abuse happened between January 2018 and June 2020.

The couple is set to return to Roane Co. Criminal Court on December 7 for a status hearing.

"Physically they are very broken to the point that many of them will not even make eye contact," she said. "For us the goal is to help these children understand that they're not bad. They didn't do anything wrong. They don't deserve what happened to them. And we want to help them."

At the Child Advocacy Center, her team works with kids who have faced abuse. On average, they get a new referral for a new child victim every single day.

"It is hard and it's ugly the things that people will do to children," she said.

Through years of therapy and social work, her job is to help heal. And kids do.

"They walk out of here and they're hopeful. And they're not. They're not the broken child they were when they walked in there," Longmire said.

The charges against their parents may be spelled out in court, but at the advocacy center they learn not to let it define their lives.