I-40 car crash leads to murder charges in Sevierville 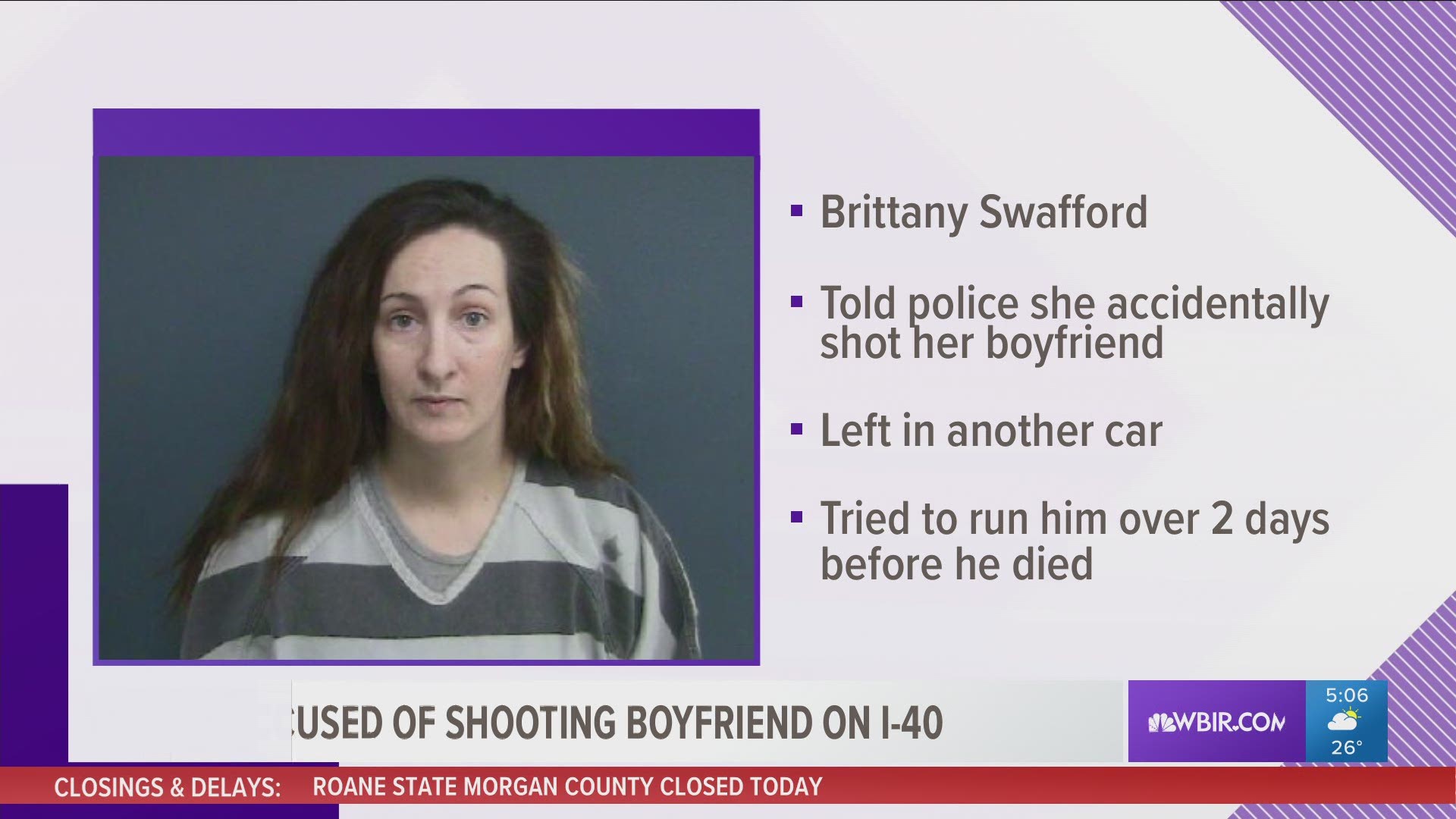 SEVIERVILLE, Tenn. — What was first reported as a car crash has turned into a murder investigation.

When officers responded, they found the driver, Samuel R. Lane, 44, of Cleveland, TN, dead in the vehicle from a gunshot wound to the nose area and there was no one around at the time, officers said. His was the only vehicle involved in the accident.

According to warrants, 32-year-old Brittney Faith Swafford went to the Cleveland Police Department and said that she picked a gun up and it went off. At that moment, Swafford fled the area with the assistance of two others.

Swafford then told police that she picked the gun up and put it in Lane's hand. The vehicle was put in neutral to make it appear it was an accident, warrants added.

Swafford said that she was aware that Lane was dead by the time she left the area. Swafford also mentioned that she took all of her possessions out of the vehicle and changed clothes before throwing her suitcase in the woods of I-75 in Loudon County.

An investigation showed that Swafford attempted to strike Lane two days prior with a vehicle in Cleveland and that they had been in a physical domestic incident.

Swafford, also from Cleveland, was arrested by the Sevier County Sheriff's Office and charged with second-degree murder in Lane's death and tampering with evidence. She received a $250,000 bond. She was transferred to the Sevier County Jail from the Bradley County Jail.

Billie Perry was also charged with tampering with evidence and being an accessory after the fact. He was arrested and is being held in the Sevier County Jail.