George Morring and his son Gage were driving home when they saw blue flashing lights and suspects speeding past. Morring acted fast to protect his son. 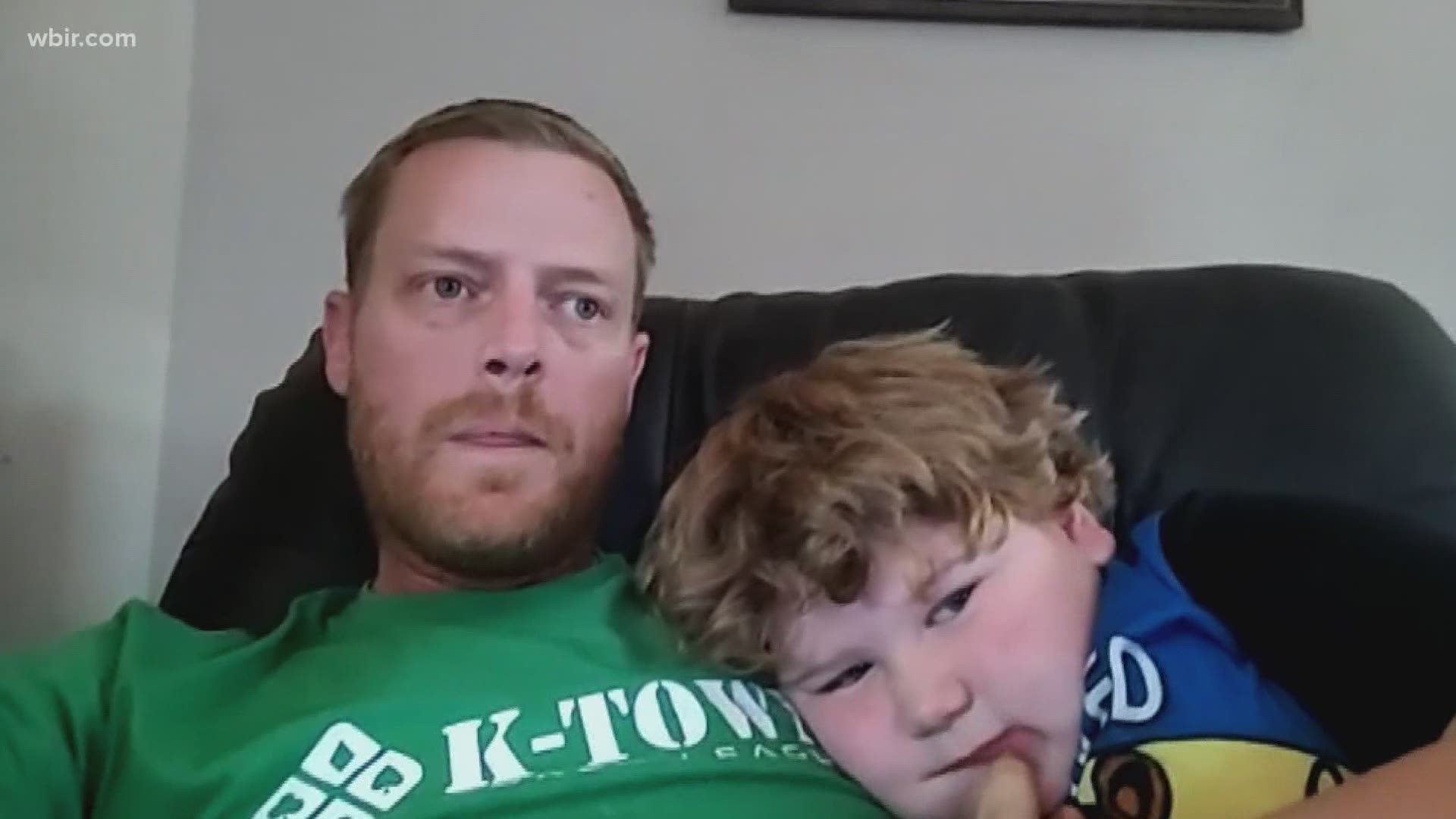 KNOXVILLE, Tenn. — A father and son were driving home from West Knoxville Tuesday night when they encountered a chase that later turned officer-involved shooting on the interstate

George Morring III said he and his 6-year-old son Gage were leaving "Power Ranger class" off of Lovell Road Tuesday night around 7:30 when they noticed something suspicious on I-40 East.

"The blue lights are coming behind me in my rear view mirror, so I thought okay maybe it's an escort, and I see just one solo vehicle in front of all these police cars. That's not an escort," Morring laughed.

He knew something was off, and as the Chevy Tahoe passed him on the interstate, he and a suspect locked eyes.

RELATED: TBI releases name of wounded passenger in police pursuit-shooting on I-40 downtown

He pulled out his registered handgun from the car's console, just in case he had to defend his son.

"I wanted to make sure they weren't gonna raise a gun and try to take pop shots at me or the police, because I didn't know what they were about to do or what they were doing," Morring said.

He saw a state trooper pulling back a spike strip near the Papermill exit, and it wasn't long after that, traffic stopped. He told Gage to unbuckle and get in the floor board.

"I put my hand behind the seat to pat him on the back and give him some reassurance and he asked me, 'Dad, why am I in the floorboard?' and I said, 'Son, in case they start shooting, you're safe,'" Morring explained.

Gage looked up at his dad and said he was feeling nervous.

"I said, 'Why son? You have all these police officers in front of us protecting us and you have daddy in the car,'" Morring reassured.

They were in sight of what was happening while sitting in traffic, but couldn't hear what was going on. At one point, Morring saw a person on a stretcher, but couldn't tell who it was.

The veteran inside of him wanted to fight, but the father in him was worrying about his son, and remember safety comes first.

After all the confusion and sitting in traffic, he later found out what happened.

"From my viewpoint, they did what they had to do," Morring admitted. "God bless them. I wouldn't want to be in their shoes."