Investigators said the woman had no connection to the shooting at the nearby Vibe nightclub. She was waiting on fast food at a drive-thru. 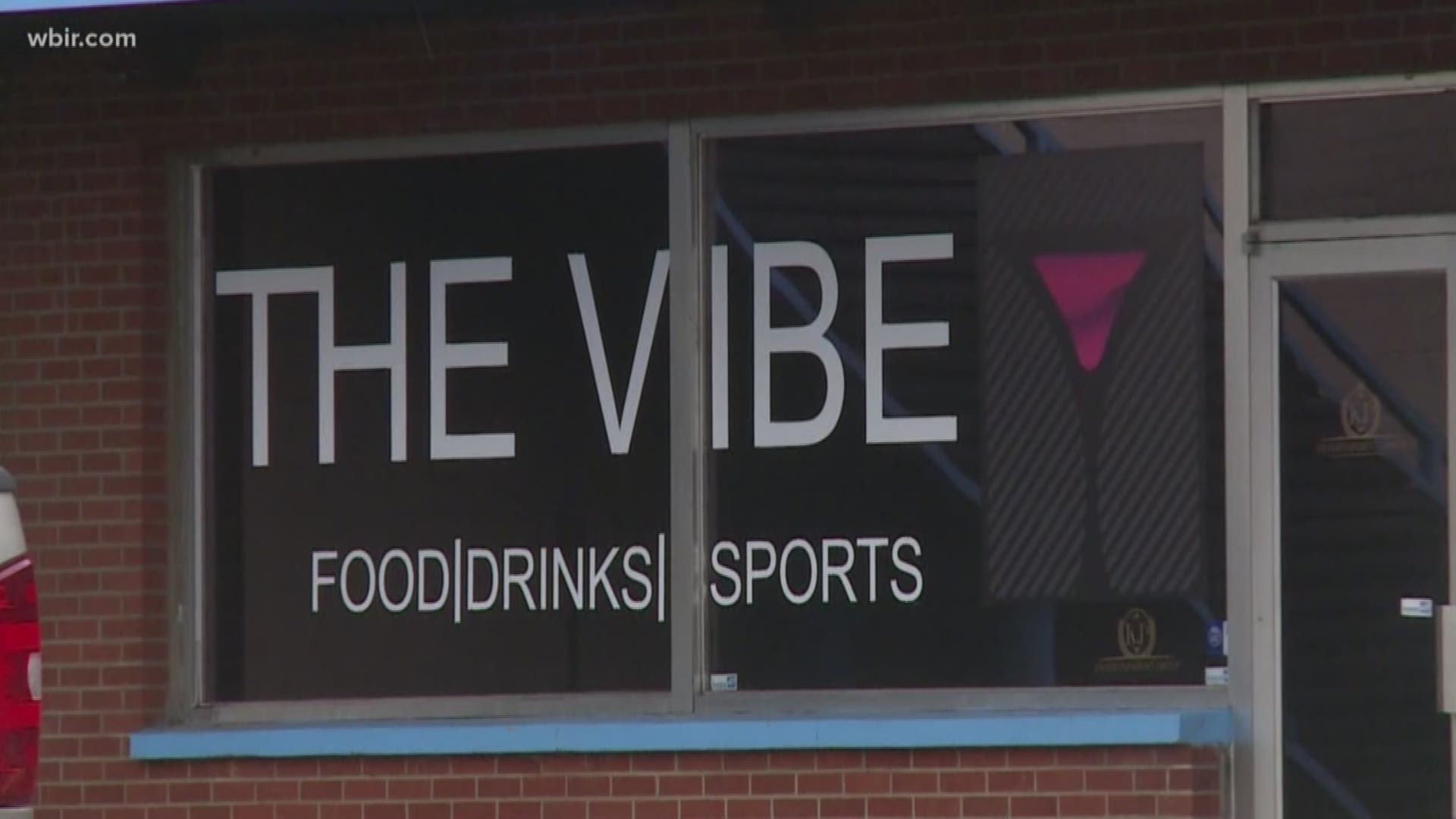 KNOXVILLE, Tenn. — A woman sitting in the drive-thru line of a fast food restaurant was fatally wounded in a nightclub shooting early Sunday morning in North Knoxville.

According to Knoxville Police, the shot came from the parking lot and the street in front of The Vibe nightclub, located a couple of blocks down and across the street from the Krystal, located at 2815 N. Broadway.

Investigators said Jesse Roberts, 25, was in a vehicle at Krystal just after 4 a.m. when a stray bullet came through the passenger door and hit her. They said she was an innocent victim and had not been at the club that night. She was driven to the KPD East Precinct, located on Whittle Springs Road. From there, Roberts was taken to UT Medical Center where she died from her injuries.

Family members told 10News she had a 7-year-old son.

Two additional victims arrived at UT Medical Center, also claiming that they had been shot at The Vibe.

"The neighbors are pretty concerned, rightfully so, about stray bullets," said Lauren Rider, City Councilwoman for North Knoxville. "I’ve been talking to city staff about what it takes to get a club like this shut down. You have to have a log of the complaints."

Investigators found more than 50 spent shell casings in The Vibe parking lot and on the street in front of the club. They are still processing evidence found at the scene.

Witnesses reported seeing cars speeding away from the club and numerous people shooting in the parking lot and the area around it.

No arrests have been made.

This is the second fatal shooting near The Vibe Club this year. A man died on New Year’s Day after he was shot at the club and taken to a hospital that had closed.

RELATED: Records: More than 80 calls for emergency help to North Knoxville nightclub since mid-2016, fewer than other Knoxville bars

Rider said the number of calls complaining about loud music and fights outside the club have gone down in recent months, even as two people have died in the past three months. In order for the District Attorney’s office to shut down a business for being a nuisance, Rider said there has to be a clear list and pattern of complaints.

"Call in every time it’s a disruption. It’s obviously waking up neighbors. You have to call KPD and tell dispatch you want a report number," said Rider. "The city is taking this very seriously. It is absolutely unacceptable to have a club that’s spilling out with gunfire into the street. It’s got to go."

Knoxville police said they are looking at every possible option in helping to stop crime from continuing to happen here. The District Attorney General’s office would be in charge of closing it for being a nuisance. Neighbors said they have had enough.

"People getting murdered in our neighborhood, in our community, is not a good thing," said Michael Duerr, the president of the Edgewood Park Neighborhood Association. "I’m asking the city and the Chief of Police to please, get involved in this. There’s a business that has had two murders in three months. That’s crazy."

If you have any information, you are asked to call the KPD Crime Hotline at 215-7212.

Knoxville Police are investigating a fatal shooting near a North Knoxville nightclub.

According to KPD, officers were called to The Vibe at 4:10 a.m. to investigate a shooting. They found one victim had been fatally shot and two others had non-life threatening injuries.

The names of the victims have not been released.

Anyone with information is asked to call the anonymous KPD Crime Hotline at 865-215-7212.

This isn't the first fatal shooting tied to the nightclub this year. A man died after being shot at the club on New Year's Day.

At that time, 10News learned there had been more than 80 calls for emergency help to The Vibe nightclub since mid-2016.