The man's friends who showed up to the Lonoke County Jail to bail the intruder out were also arrested for public intoxication. 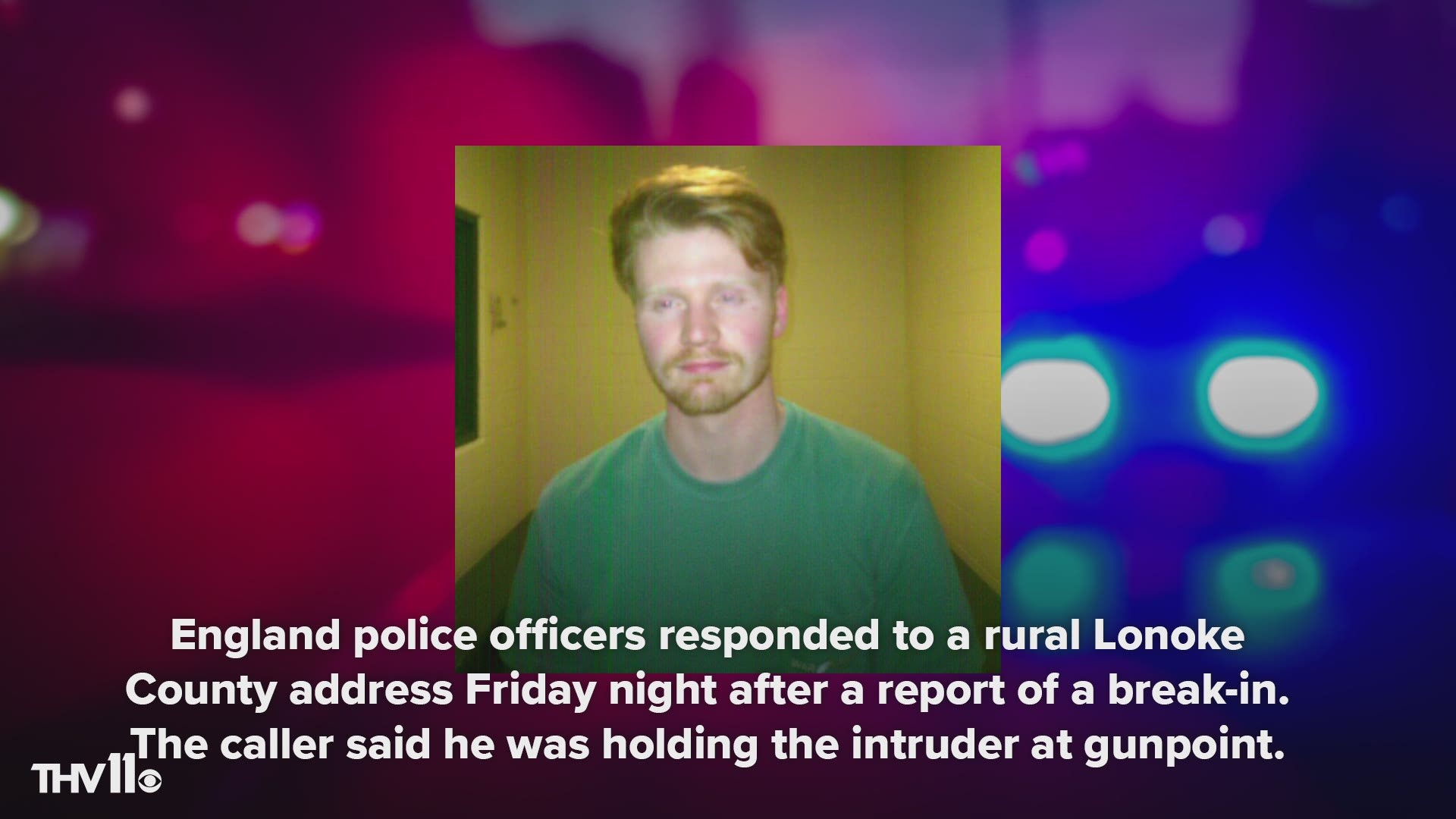 LONOKE COUNTY, Ark. — England police officers responded to a rural Lonoke County address Friday night after a report of a break-in. The caller said he was holding the intruder at gunpoint.

Once police arrived and made contact, the intruder, Dylan Carter, said he knew the home located off of Highway 165 was not his home but that he just "wanted someplace to sleep," according to police.

Carter was arrested for criminal trespassing and public intoxication.

Lonoke County Sheriff's Office said that a few hours later when two of Carter's friends showed up to bail him out, they were subsequently arrested after "jail staff noticed that they also appeared intoxicated."

Police say that Ethan Adams and Jonathon Ward were arrested for public intoxication and booked in the Lonoke County Jail as well.

The Sheriff's Office noted that alcohol-related crimes spike during the holidays and to be careful: "it simply doesn’t pay to drink and drive or be so intoxicated that you’re not in control of yourself."