Investigators return to Knox County home that could be connected to horrific child abuse case in Roane Co.

Neighbors said they saw investigators digging in the yard and a coroner's van at the house on Saturday. 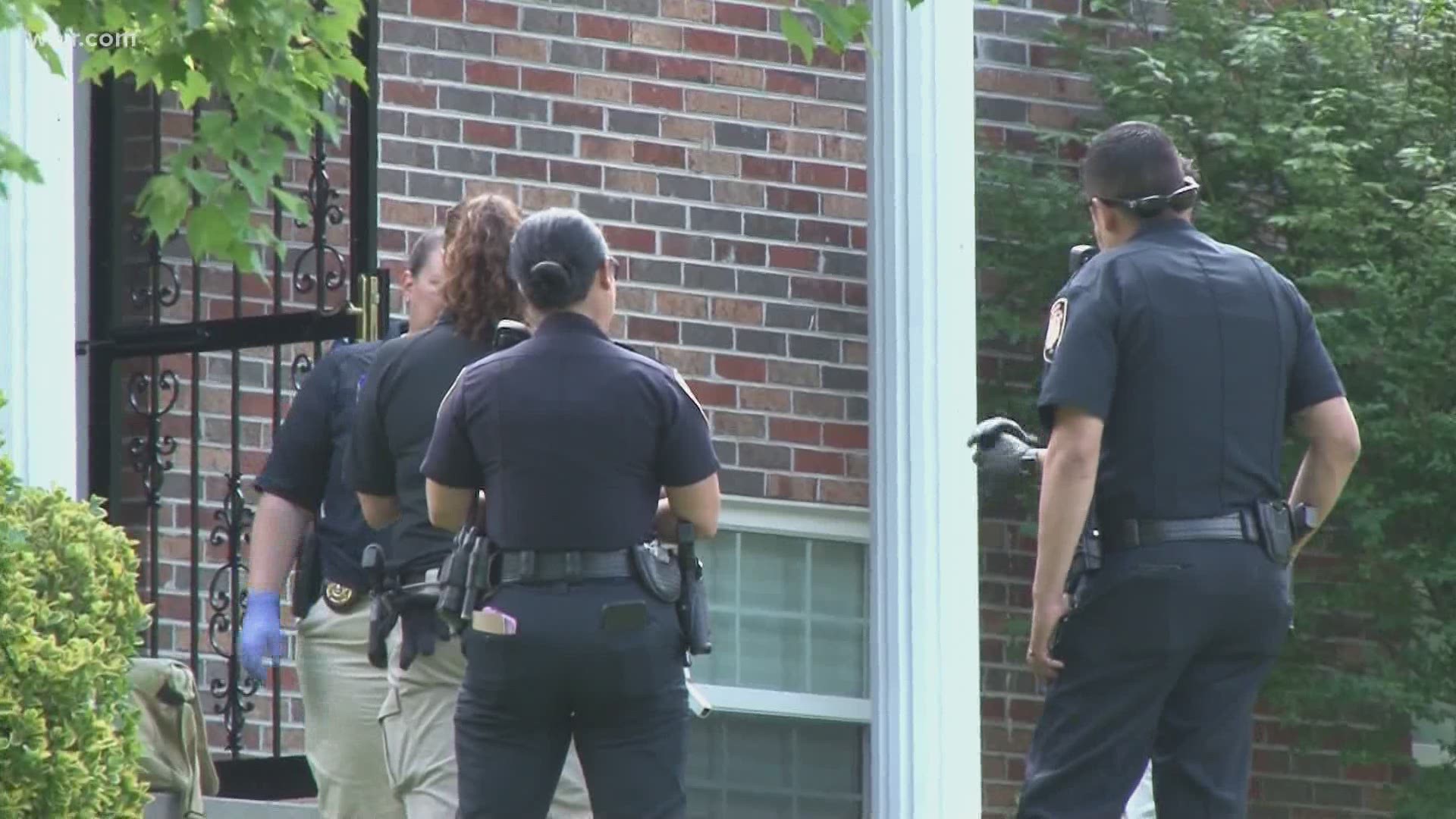 HALLS, Tenn. — UPDATE (May 28, 2020): The Knox County Sheriff's Office was back at the house on Cedar Breeze Road in Halls on Thursday morning.

A 10News reporter observed officers surrounding the home around 10:30 and one of them beating on the door and calling, " Sheriff's office. We need you to come to the door."

At least ten KCSO vehicles, marked and unmarked, were parked in the area and the officers spread out.

They eventually entered the home and were seen speaking to a man who arrived on the scene. They appeared to serve him with a search warrant and started searching the house.

The home is owned by Michael Anthony Gray, Jr., who neighbors say goes by Anthony. He could be seen talking to a Roane Co. investigator while his home was being searched.

Anthony Gray faces no criminal charges at this time.

Investigators could be seen removing computer equipment from the house. 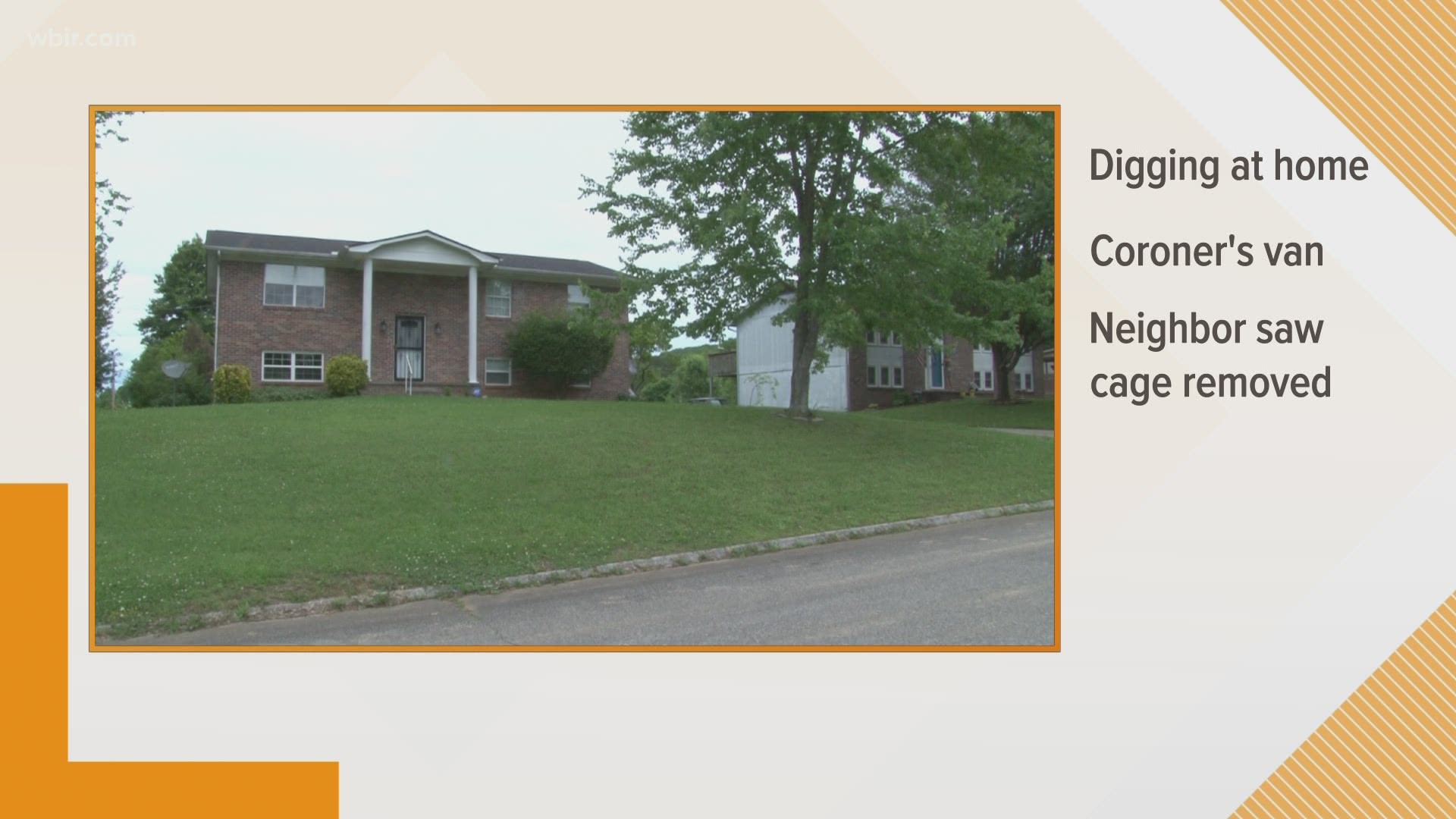 Authorities are conducting an ongoing investigation at a home in Halls that may be connected to an ongoing child abuse case in Roane County.

Michael Anthony Gray Sr., 63, and Shirley Gray, 60, face child abuse, child neglect, kidnapping and abuse of a corpse charges after they admitted an 11-year-old girl in their care died and was buried in a barn on their property in Ten Mile.

Property records show that the Grays once lived at a home on Cedar Breeze Road in Halls. It is currently owned by Michael Anthony Gray Jr.

Multiple neighbors told 10News that investigators with the Knox County Sheriff's Office were at that home all day on Saturday, removing items from the home. 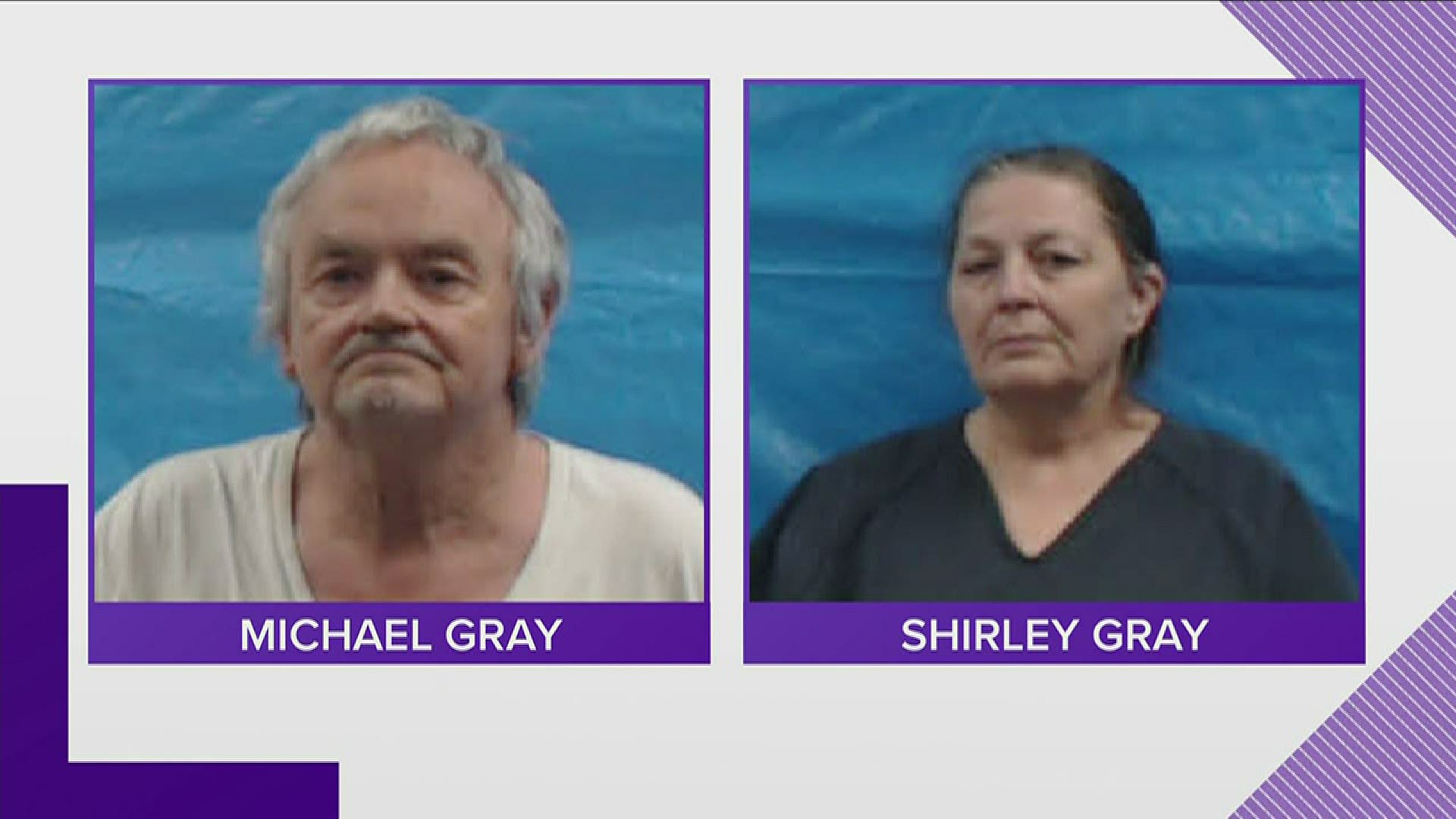 They also appeared to be digging in the yard.

A coroner's van was also seen parked outside the house.

A spokesperson for the Knox County Sheriff's Office confirmed an ongoing investigation but declined to give any further details.

Credit: WBIR
The home on Cedar Breeze St. in Halls that is the scene of an ongoing investigation.

“All I can confirm at this time is that there is an active and ongoing investigation. I apologize for not being able to elaborate. However, it’s important to the integrity of the investigation and the judicial process,” said Kimberly Glenn.

A law enforcement source in Roane County confirmed to 10News that there were ongoing conversations with the Knox County Sheriff's Office and there are suspicions that the cases are related, but that has not yet been confirmed.

10News reached out to Michael Gray Jr. and he did not wish to comment on what was going on at his home.

The three surviving children in the Grays' care, two boys and a girl, are all now in DCS custody. Authorities said all of them appeared "stunted in growth" and had likely not seen a doctor in years.

According to court documents, Michael Gray admitted that he and his wife withheld food as punishment and that both boys had been confined in an unfinished basement for long periods of time, one of them for years.

There was no running water or electricity in that small concrete room, and deputies found a bucket that had been used in place of a toilet.

Investigators said they were not the biological children of the Grays, but the exact relationship has not been released. Records show that the Grays did adopt four children in Knox County, one in 2007, one in 2008 and one in 2011. All those records are sealed and 10News cannot confirm if its the same children.

Authorities with the Department of Children's Services said privacy laws prevented them from providing any specific details of the case, but they are committed to the investigation and to making sure the surviving children are in a safe place.

The investigation started Friday when a couple noticed a child riding a scooter alone in the road. They stopped to speak to him and realized something was wrong.

They told 10News that the boy was probably 10 or 11 years old, but looked like he was about 5 or 6. He was unable to write his name but was able to give deputies his last name, which led them to the house and the surviving children.

Credit: WBIR
Investigators believe four children lived in this Roane County home for years in horrible conditions, including little food and being locked in a basement. An 11-year-old girl died and her parents admit burying her in the barn.

“Words are inadequate. Cruelty such as this makes us question all that we know to be true. I am so grateful to the passersby who saw a child in a situation that just didn’t seem right and stopped to help. That one small action led to the discovery of children who were victims of severe abuse and neglect. Those children are now in a safe place and being cared for and their parents face significant criminal charges. I am also thankful for our DCS child protective services staff who worked together as a team, followed their instincts to dig a little further when first notified of the situation and immediately alerted law enforcement," said DCS Commissioner Jennifer Nichols in a statement to 10News.

“We did talk today on with the anthropologist on our case. It will be early next week before he completes his testing on the skeletal remains,” DA Russell Johnson said.

This is a developing story and will be updated as more information becomes available.