Law enforcement has been called in multiple times in the last month to help control inmates at the facility for troubled teen boys. 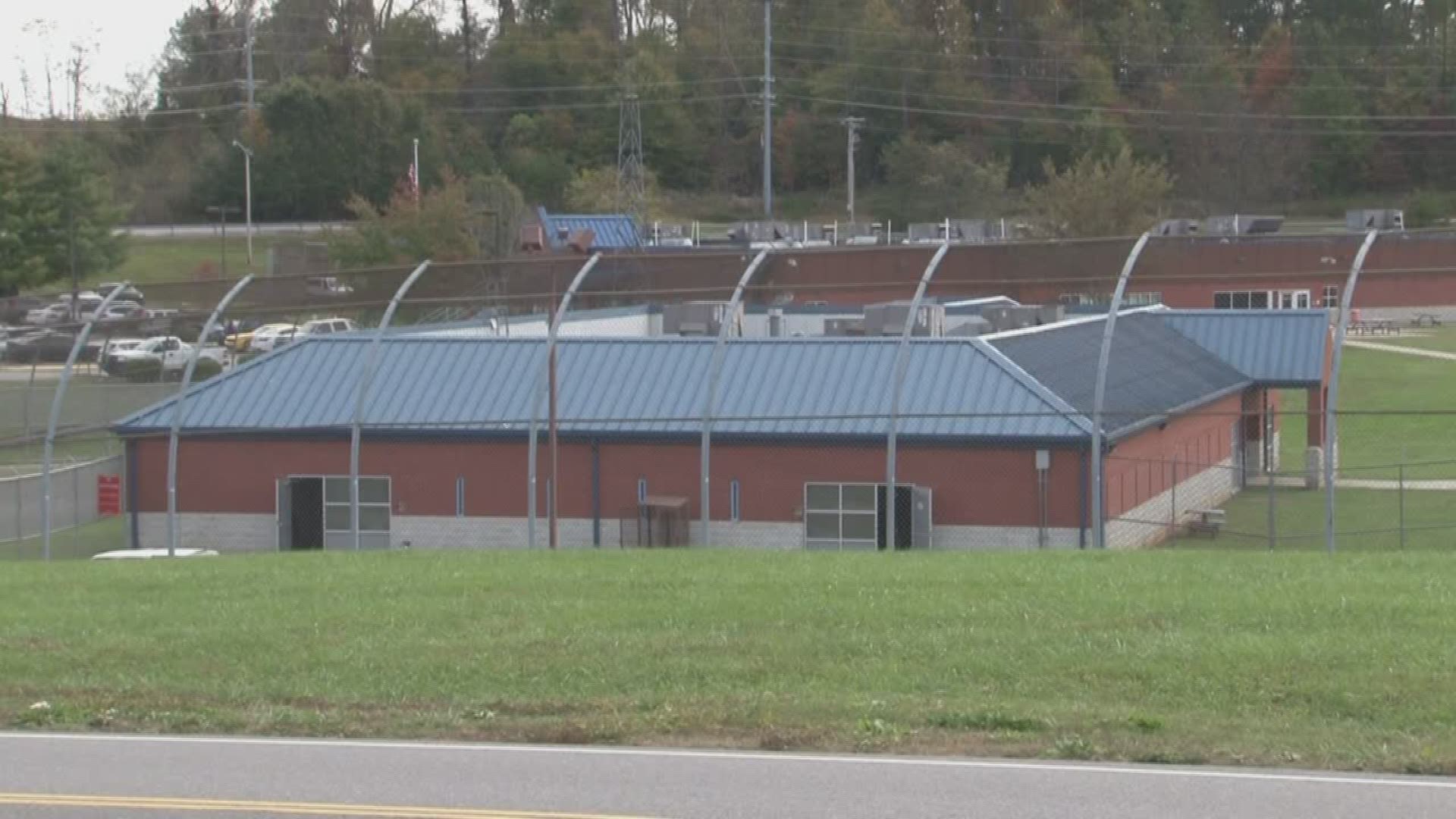 DANDRIDGE, Tenn. — Another incident at the Mountain View Detention Facility last week was downplayed by officials and according to a police report, was much more serious than first reported.

Last week, we reported on three separate incidents in four days at the facility that houses troubled teenage boys in Jefferson County. Law enforcement had to be called in to help control the inmates, one of them had to be tased, and in one case, a fire had been set.

On Wednesday, 10News received a tip that law enforcement was once again called to the facility that houses troubled teenage boys in Jefferson County. We reached out to the Department of Children's Services, and a spokesperson said it was not a riot, but a medical emergency.

"We have heard from the police and TrueCore, the provider that operates Mountain View. An ambulance was called to the campus because a staff member had a medical emergency — not related to any youth there. Standard procedure is for the police to accompany the ambulance onto the campus. The facility is secure and there was no riot as has been posted on social media," said Jennifer Donnals.

On Tuesday, 10News obtained a police report from the Dandridge Police Department that shows that while the initial report may have been for an injured staff member, the incident went much further.

Officers were first dispatched to Mountain View at around 5:48 p.m. for that medical assist. They were told one employee was injured in the Alpha building and that "the lady in control" didn't know anything else. According to the report, they could see "at least four to six inmates in the yard behaving unruly and disorderly without supervision yelling 'black power.'"

The officers spoke to Michael Pelletier, who is the Chief Operating Officer for TrueCore, which operates the facility. The officer noted that Pelletier was filling in for the facility's director, who had walked off and quit a few days earlier.

Pelletier originally told officers that inmates were being unruly, broke a few windows, but that they had it under control. He then said he didn't want officers to enter the facility because the "inmates would get unruly."

The officer called the police chief to tell him what was going on and said he observed employees helping another employee out of the building and turning him over to EMS crews.

After that, according to the report, Pelletier asked officers for assistance, saying "we need your help to rack these kids up tonight."

A female employee said that the kids had broken glass, wouldn't go to their rooms, and were threatening to riot. At one point, a fire alarm was pulled but was reported as a false alarm.

An estimated 24 officers from several departments arrived at the facility. Law enforcement officers from Dandridge Police, Jefferson Co. Sheriff's Office, White Pine Police, Jefferson City Police, Tennessee Highway Patrol, Tennessee Wildlife Resources Agency, and the Tennessee Constables Association entered the Alpha and Bravo units of the facility at 6:44 to get the inmates under control and into their cells.

Another officer who added to the report said that a female corrections officer told them before entering the building that the inmates "may have pieces of metal and glass for weapons."

The report said only three of the 23 inmates resisted them, and one officer had to use a Taser on one of them.

The second officer detailed that he noticed a THP officer struggling with one of the inmates. He was refusing commands to show his hands so they could see if he had any weapons. Instead, he kept them tight to his body. Eventually, the officer "used a tazer to dry stun the male in the back of the thigh/leg for 5 seconds to gain compliance."

The officers finally restrained the teen by force and escorted him back to his cell for lockdown. The report said he was not inured.

10News reached back out to Jennifer Donnals with DCS. She said her initial statement was based on the information she had at the time, but that the office was looking further into the incident.