According to the CCSO, 21-year-old James Noah Cooper is charged with 17 counts of sexual exploitation of a minor as well as several drug offenses. 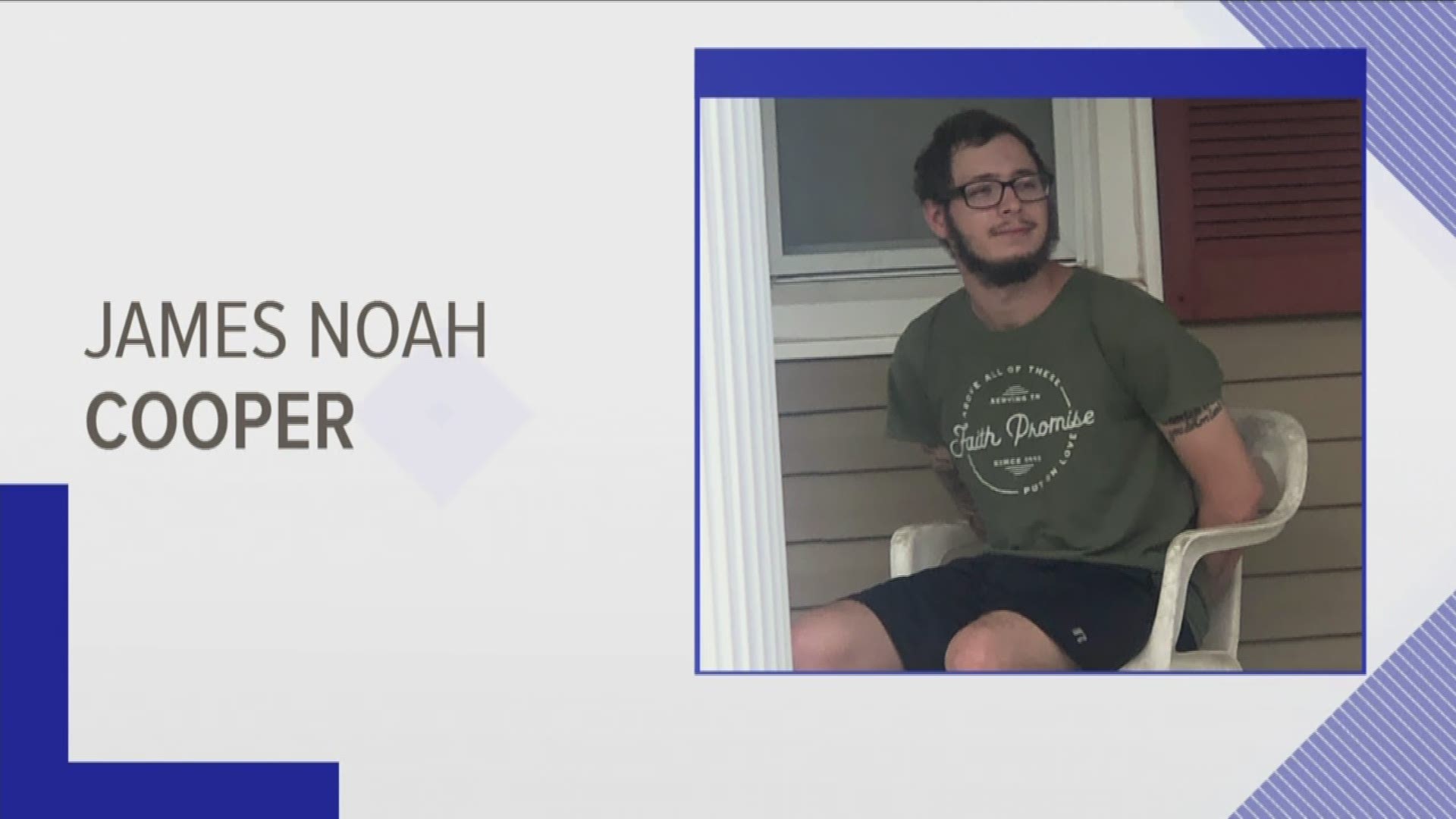 JACKSBORO, Tenn. — The Campbell County Sheriff's Office said a man is behind bars suspected of selling drugs to high school children and sexually exploiting them.

According to the CCSO,  21-year-old James Noah Cooper is charged with 17 counts of sexual exploitation of a minor as well as several drug offenses.

Around 4 p.m. Wednesday, a search warrant was issued as investigators with the CCSO as well as officers of the Jacksboro Police Department approached Coopers' home.

Investigators said they found a quantity of marijuana along with various items of drug paraphernalia, including scales and baggies commonly used in the distribution of illegal drugs.

Cooper told investigators he had in fact been selling to high school-aged children, according to the CCSO report.

"We've had lots of complaints about this home the past few months. There was traffic in and out of there all the time," Jacksboro Detective Sergeant Cody Chapman said.

The investigation led officers to more than marijuana. Investigators said they discovered evidence he had been sexual exploiting children.

Cooper is being held at the Campbell County Jail on charges of 17 counts of Sexual Exploitation of a Minor, Possession of Schedule VI for Resale, Possession of Drug Paraphernalia, and Violation of a Drug Free School Zone.

This investigation is continuing as CCSO and JPD investigators look further into sexual crimes involving children.

RELATED: Many US women say 1st sexual experience was forced as teens