'I've waited a long time for this' || Joel Guy Jr. guilty of murdering, dismembering parents in 2016

Guy ambushed and stabbed his parents to death in their Hardin Valley home. 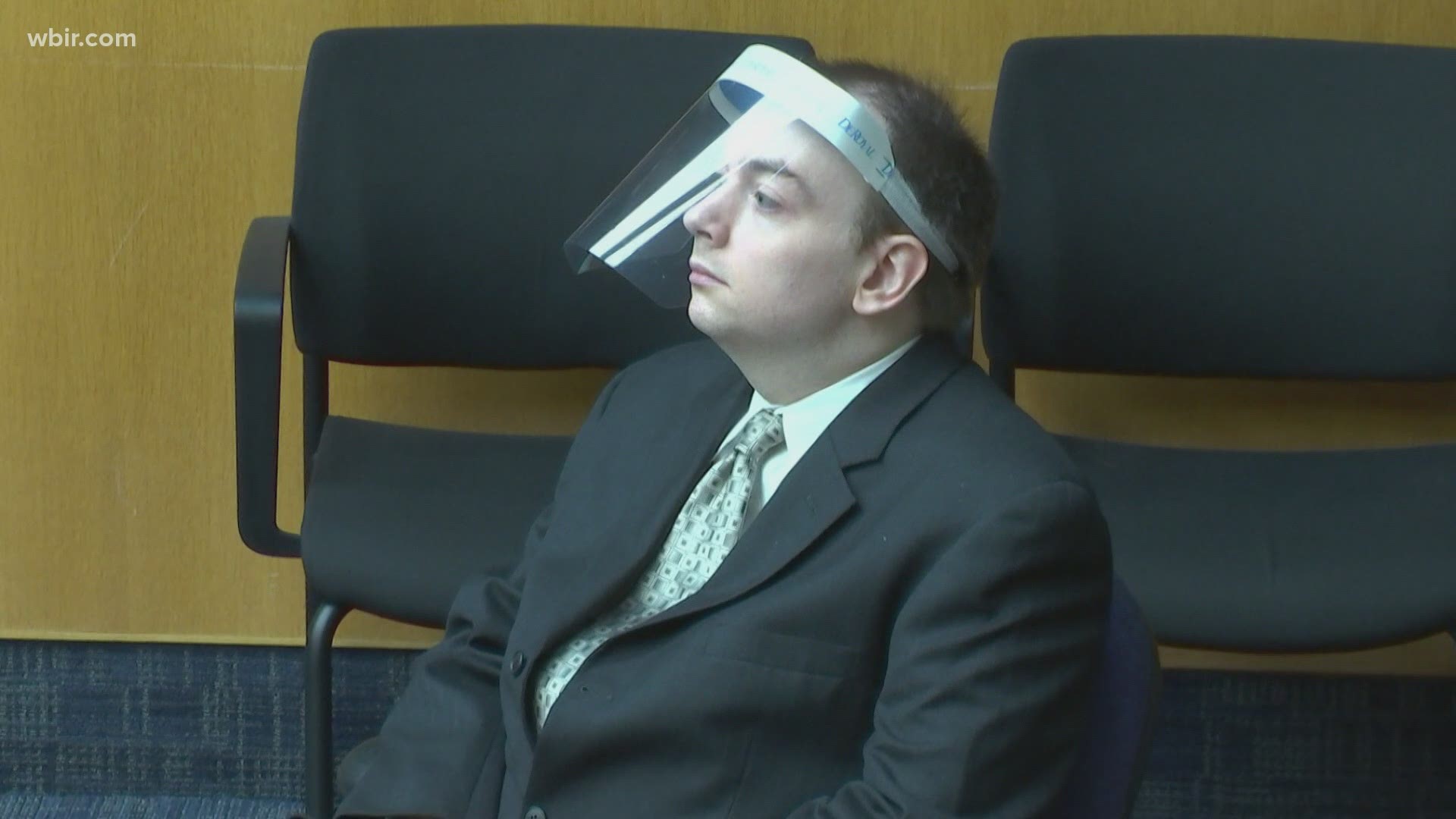 A Knox County jury Friday found Joel M. Guy Jr. guilty on all seven counts of ambushing his parents in their home over Thanksgiving 2016, stabbing them to death and then cutting up their bodies in an attempt to hide the evidence.

Guy faces life terms for the first-degree murder convictions, and must serve at least 51 years in prison before becoming eligible for parole. He also could face additional time for the abuse of a corpse charges of which he also was convicted.

Judge Steve Sword scheduled sentencing on those counts for Nov. 19.

The jury deliberated two hours Thursday, and then reached their unanimous decision Friday morning after about another hour of closed-door discussions.

The victims' families presented what are called victim impact statements about the crimes to Sword after the jury reached its verdict. They spoke of their loss and thanked the legal system for bringing closure to the suffering they've endured.

"I’ll never have my brother with me again," said Robin White, Joel "Mike" Guy Sr.'s sister. "Justice has prevailed today, and I am so thankful for that."

White told 10News that Joel Guy Jr. was "a monster."

Michelle Tyler, daughter of the Guys, said her children must live with the horror of knowing what Guy Jr. did, including severing Lisa Guy's head from her body and putting it in a pot to cook.

"It is my hope that we were able to provide a small amount of hope and comfort to the family," Knox County District Attorney General Charme Allen said.

Allen said her office will seek two consecutive life sentences for Guy, which means he would need to serve a total of 102 years in prison before being eligible for parole. He potentially faces more time for abuse of a corpse, pending his sentencing in November.

Knox County Sheriff Tom Spangler said in a statement Friday "he’s hopeful the family can begin healing from this tragic loss and wishes to thank the deputies, detectives, Forensic Unit & support staff for their hard work and diligence in this case.

"It is cases like these that weigh heavy on the hearts of all first responders. Additionally, I want to commend the District Attorney General & her staff for a job well done. Everyone at the Knox County Sheriff’s Office extends our sincere prayers and heartfelt condolences to the family & friends of Mr. & Mrs Guy."

Testimony started Monday morning in Knox County Criminal Court and ended Thursday morning. The defense called no witnesses and will focus on winning a legal victory in the appellate courts.

Guy, 32, has been in custody since the day after the murders of Joel Guy Sr. and Lisa Guy were discovered Nov. 28, 2016, by Knox County Sheriff’s Office investigators. They’d gone to the upscale neighborhood to check on the Guys after Lisa Guy’s boss became worried about her.

An only child, Guy plotted for weeks – if not longer – to kill the couple, who was getting ready to sell their Goldenview Lane home and move to another house in Surgoinsville, Tenn.

They also planned to stop carrying their son financially, something they’d been doing his entire life. Testimony showed Guy Jr. never held a paying job. He preferred generally to stick to himself, read books, use the computer and sometimes go to Louisiana State University.

He wanted his parents’ money to keep living the life to which he was accustomed, Knox County Assistant District Attorney General Leslie Nassios told jurors Thursday.

Prosecutors presented jurors with numerous store security videos showing Guy buying materials in Louisiana before making the Thanksgiving trip to Knox County. He bought a knife, a tub to hold body parts, multiple chemicals, bleach wipes, a hose, gloves. He also brought a meat grinder to dispose of human limbs and gas cans to burn the house down, parts of the plot he didn’t get to carry out, the prosecution said.

He arrived in Knox County in time to share a meal with his parents, a half-sister and her children.

He also detailed his homicide plans in notebook writings found in his guest room after the killings, testimony showed.

On Saturday, Nov, 26, two days after Thanksgiving, the state said, he put his plan into motion.

While his unsuspecting mother was out shopping the morning of Nov. 26, the state alleges, Guy stabbed his father to death in the upstairs exercise room. The widespread presence of blood, damaged blinds and an overturned piece of equipment indicated Guy Sr. put up a fight.

Lisa Guy came home about 12:30 p.m. It appears Guy attacked her at the top of the second floor stairs.

The younger Guy apparently suffered cuts and scratches himself that day. About 3:30 p.m. Nov. 26, he had to go to Walmart – the same store where Lisa Guy made her last trip – to get tape and medical supplies to treat wounds to his hands, Nassios said.

Forensic experts testified it would have taken Guy many hours to cut up the bodies and put them corrosive solutions. By the following day, he’d put most of his parents remains in two bins in the master bathroom.

He also put his mother’s head in a stock pot on the kitchen stove and left his father’s severed hands on the floor of the exercise room.

Guy also cranked up the central heating system above 90 degrees and ran fans to try to speed up the decomposition process, prosecutor Hector Sanchez said Thursday in his closing argument

Still, the killer couldn’t finish the job. Guy ultimately chose Sunday, November 27 to drive back to Baton Rouge, La., to get medical treatment for his hands at an LSU student clinic. By Tuesday, Nov. 29, he was under arrest.

Evidence in the case was extensive, requiring four metal carts for transportation. The trial featured testimony from numerous DNA and forensic experts to link Guy to the crimes.

Halstead told jurors during his closing argument that Guy , by his half-sister’s own testimony, had been friendly, generous and upbeat that Thanksgiving holiday. His demeanor reflected nothing about any plan to murder his parents, Halstead said.

The lawyer also said the state had failed to prove the handwriting in the damning notebook was actually his.

Analysis showed it had his DNA on it, and Nassios reminded jurors Thursday it was found in Guy’s backpack among things he’d left behind when he drove away from Knox County.