A Knox County jury convicted Boyd in August of taking part in the carjacking and murders in January 2007 of Channon Christian and Chris Newsom. 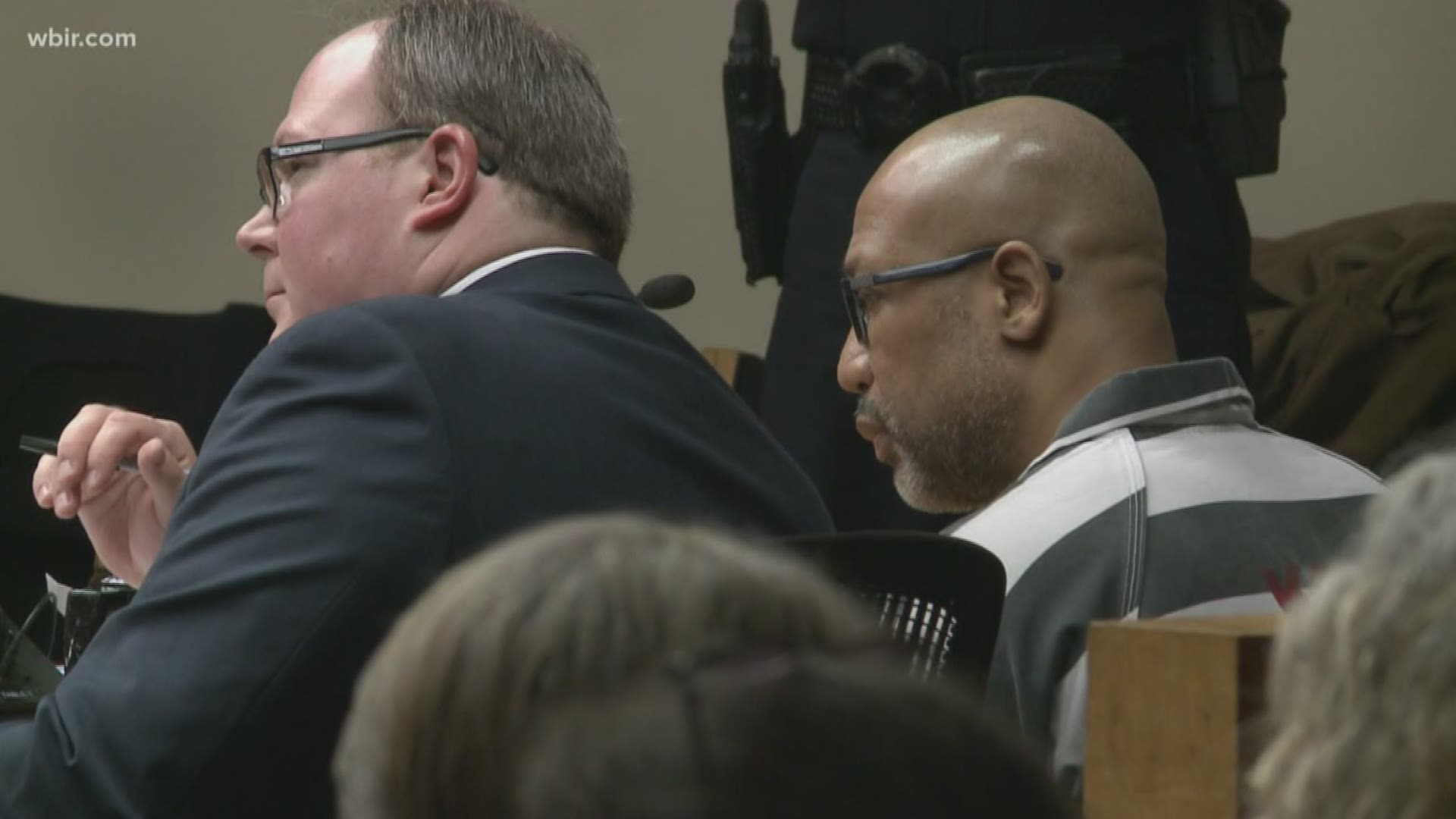 KNOXVILLE, Tennessee — The last man convicted in the 2007 carjacking and killing of Channon Christian and Chris Newsom will have to look elsewhere if he wants a new trial.

Defense attorney Clinton Frazier argued there were several reasons why his client should get another shot at a trial. He said the evidence against Boyd was insufficient, the jury should have come from a venue other than Knox County that was untainted by extensive pre-trial publicity, and the judge shouldn't have allowed transcripts of past federal testimony by Boyd's cousin to be submitted at Boyd's trial.

RELATED: 'You're no longer getting away with murder' | Eric Boyd gets 2 consecutive life sentences plus 90 years

Channon Christian and Chris Newsom was carjacked from a Washington Pike area apartment complex the night of Jan. 6, 2007, and forced to go to a small rental house on Chipman Street. They were raped and murdered.

Boyd was a friend of the ringleader, Lemaricus Davidson. He drove Davidson and Davidson's brother Letalvis Cobbins in a borrowed car to the apartment complex. He accompanied Davidson and the victims in Christian's vehicle back to Davidson's rented house.

He led Newsom into the house. Authorities suspect he and at least one other person took part in killing Newsom within a few hours and setting his body on fire along nearby railroad tracks.

Boyd also hid Davidson after the killings from police.

Convicted defendant George Thomas was a key witness against Boyd. He told jurors he was there when Boyd arrived back at the house and led Newsom in.

He testified he and Boyd forced Newsom to ride with them to a remote nearby spot where Boyd led Newsom away in the dark. Thomas said he stayed back but saw what he suggested were several gunshots and then saw a burst of flames, indicating Newsom's body had been set on fire.

Some of what Thomas admitted to was inconsistent with the facts and what authorities suspect happened that night. For example, it's doubtful Boyd killed Newsom by himself.

Nevertheless, Frazier tore few if any holes in Thomas's story at trial.

McGee said the state's evidence was sufficient and legitimate at trial.

Ahead of the trial, Frazier sought an outside jury because the case received so much publicity year after year starting in 2007. Potential jurors filled out an extensive questionnaire about their knowledge of the case.

McGee said he was confident because the crime was so old that a Knox County jury could be found to hear the evidence. Many of the people who ended up hearing the case were in their 20s or early 30s -- and were children when the killings occurred. Many of the panelists said they had little or no knowledge about the murders of Christian and Newsom.

In his ruling this month, McGee noted Frazier had the chance to challenge a number of potential jurors but didn't do so. The judge said the defense had failed to show that those who actually heard the evidence showed any signs of being prejudiced against Boyd.

Lastly, McGee said he did nothing wrong in allowing the prosecution to use old transcripts from Boyd's federal trial in the state case against him. A federal jury convicted Boyd in 2008 of helping hide Davidson in the days after the murders.

During the federal trial, Boyd's cousin Adrienne Mathis testified about loaning her car to Boyd around the same time as the killings. Boyd used that car to help Davidson pick up the victims. Witnesses also testified to seeing the car outside Davidson's Chipman Street house.

But on the witness stand in August Mathis suddenly had trouble remembering details about loaning the car. She'd recalled details about the car in past Knox County trials for others convicted in the case.

Prosecutors then went back to Mathis's testimony from 2008 in federal court and presented her recollections of loaning her car to Boyd.

McGee ruled this month that was sufficient and legal.

Boyd is serving a sentence of consecutive life sentences plus 90 years. He's also certain to appeal to the state Court of Criminal Appeals.