Isaiah Brooks was sentenced to a 10-year term on his plea to reckless homicide last year. 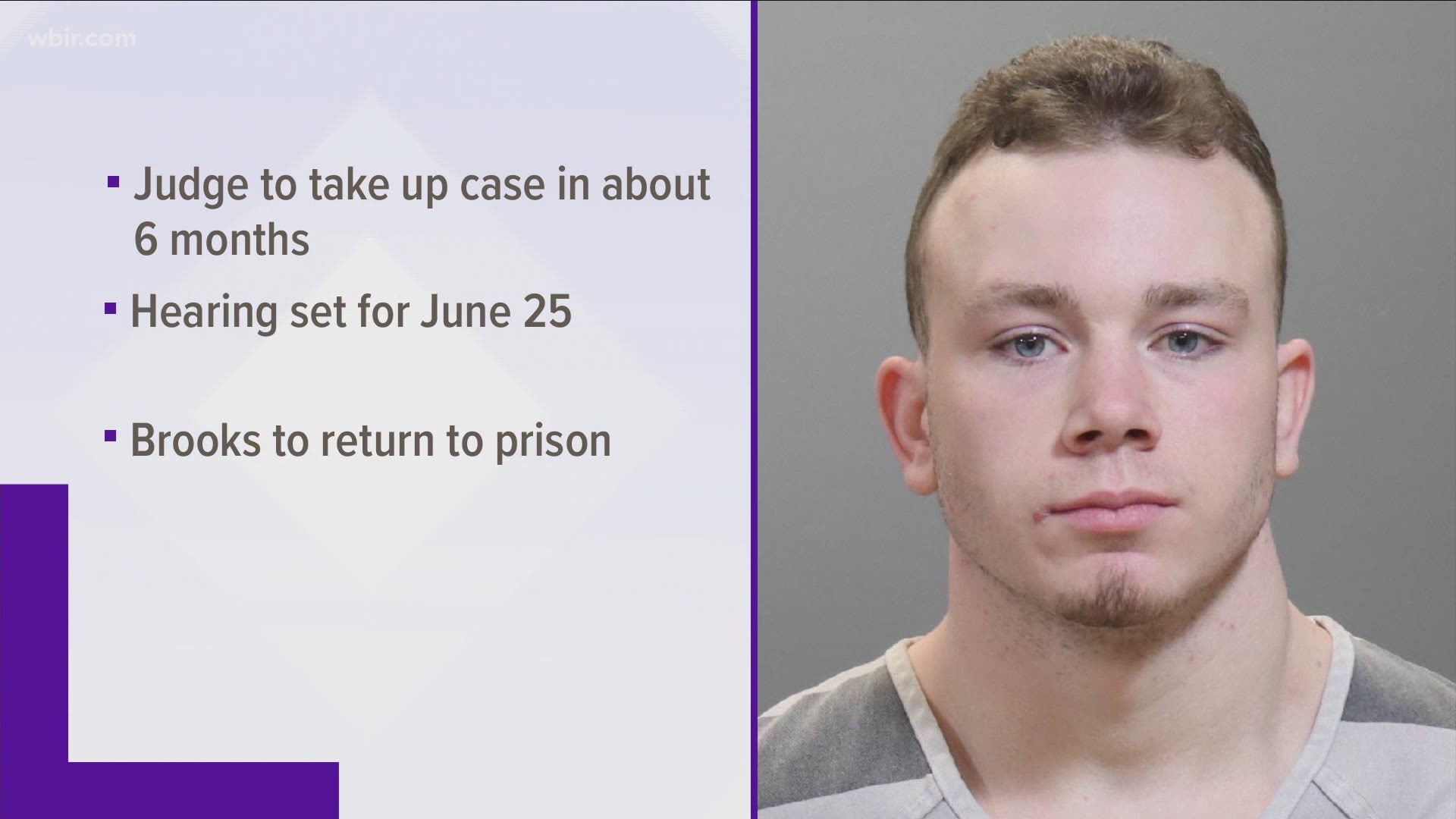 KNOXVILLE, Tennessee — A Knox County judge said Friday he's not ready to let a 19-year-old man out of prison for killing a young friend during a scuffle at a 2019 party.

Green sentenced Isaiah Brooks to 10 years in November 2019 in the May 2019 death of Zach Munday, 15. When he imposed sentence, Green said he'd be willing to take another look at the case in a year.

The judge said Friday he didn't think Brooks was "a bad young man," but that a year simply wasn't enough.

And, Green said, he'd be willing to reconsider the case in the future.

Given the chance to speak in the courtroom, in which members of the Munday family sat as well as his own family, Brooks apologized and said he thought of the victim every day.

He and the victim were friends.

"I am truly sorry from the bottom of my heart," Brooks said.

Defense attorney T. Scott Jones elected not to appeal the decision at a hearing on December 10.

Jones asked Judge Green to review the case in 60 days and to allow Brooks to serve the remainder of his time at the Knox County Detention Facility.

Green denied both requests -- saying Brooks is under the responsibility of the Tennessee Department of Corrections and that a numbers crunch at the Knox County facility makes that transfer difficult. Brooks is serving his sentence at the Northeast Correctional Complex in Mountain City.

Green said he wouldn't wait a full year to hear Brooks' case again, but reiterated the seriousness of the offense. Green made no promises, but said he would potentially consider the case again in roughly six months -- setting the next hearing for June 25, 2021.

Jones told Green his client wasn't the same person as when he pleaded guilty to reckless homicide in 2019.

"There’s no other thing to say. But for the actions of Isaiah Brooks, Mr. Munday would not be deceased," Jones said. "That's the reality of it."

The attorney said Brooks had worked to become a better person, through faith and education. All he needs, Jones said, is an opportunity.

Brooks and Munday were among teens at a party that included many Gibbs students and graduates in May 2019 when the younger teen suffered head injuries consistent with being slammed to the ground.

Brooks ended up taking the wounded boy to his home. But it was hours before anyone got medical aid for Munday. If he'd been helped sooner, he probably would have lived, doctors said.