A teacher assistant hit a 17-year-old student in the head with his elbow and punched him, according to the Knox County Sheriff's Office. 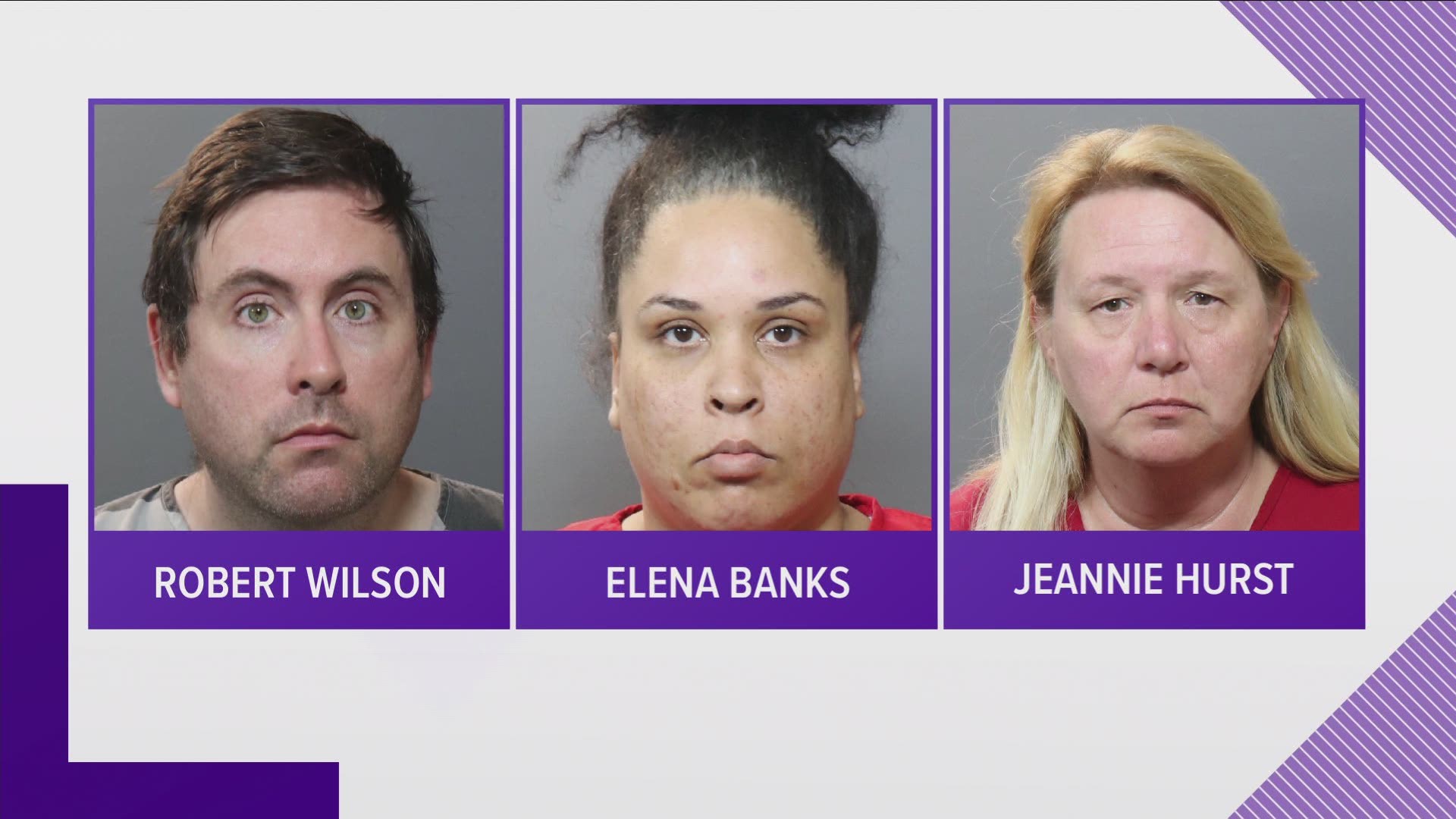 KNOXVILLE, Tenn. — Three people have been arrested after a 17-year-old, non-verbal, special needs student was assaulted on a school bus on Dec. 2, 2019, according to authorities.

Robert Wilson, 40, from Powell, was arrested for hitting the student with his elbow before also hitting him in the face, which broke the student's nose and chipped his tooth, according to records. He was arrested for aggravated assault. Wilson was a teaching assistant when the incident happened, authorities said.

Authorities said two others were arrested for the incident authorities — Elena Banks, 37, from Knoxville and Jeannie Hurst, 55, from Knoxville. According to records, neither reported the assault and are both have been charged with a failure to report child abuse.

Records obtained by 10News show Banks was arrested at least three  times over the past 16 years for various driving infractions.

Hurst was driving the school bus when the incident occurred, while Banks was sitting directly behind the 17-year-old student, according to records.

“The safety and security of students is our most important priority. After becoming aware of this incident, Knox County Schools took prompt action regarding the employees who were involved," KCS Director of Public Affairs Carly Harrington said.

Jeannie Hurst was suspended from the roster on Dec. 5, 2019. Hurst was a part-time bus driver who was accepted onto the eligibility roster on August 14, 2015.

Hurst has worked two different times as a bus driver with KCS, according to the system.

She drove for two contractors from 2009-14 and then stopped. She resumed being a part-time driver for a third contractor in 2015, according to KCS, and was on the eligibility roster until her suspension in December 2019.