KCSO: 32 guns, 164 pounds of marijuana and other narcotics found in Knoxville bust

Officials said they found 164 pounds of marijuana, 3.5 pounds of ecstasy, 1.7 grams of Fentanyl, 168 grams of edible gummies and 32 guns in a bust Monday. 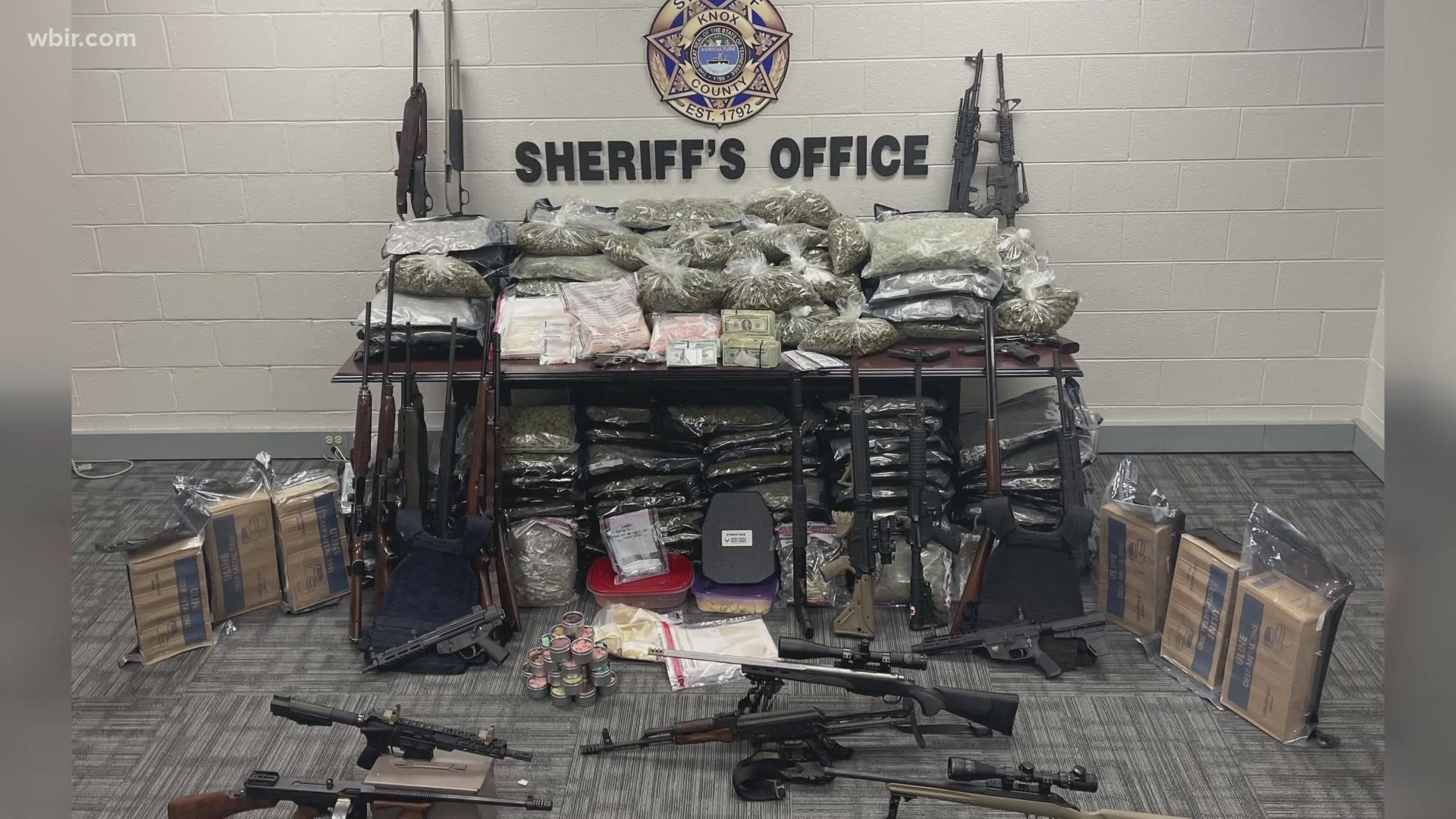 KNOXVILLE, Tenn. — The Knox County Sheriff's Office found a haul of narcotics and guns after searching a house Monday on Westwood Road. They said that S.W.A.T. was used during the search.

They found 164 pounds of marijuana, 3.5 pounds of ecstasy, 10.5 pounds of THC wax, 168 grams of edible gummies, 11.6 grams of mushrooms, 1.7 grams of Fentanyl and 404 THC vaping cartridges. They also found 32 guns as a result of the search, according to a release from officials.

"I’m very proud of the narcotics unit, and their work on this case," said Sheriff Tom Spangler. "It is because of their diligence there’s a large amount of extremely dangerous drugs off our streets. In addition, several weapons were also seized. We will continue to take down the drug dealers, and eliminate drug dwellings in our communities one by one."