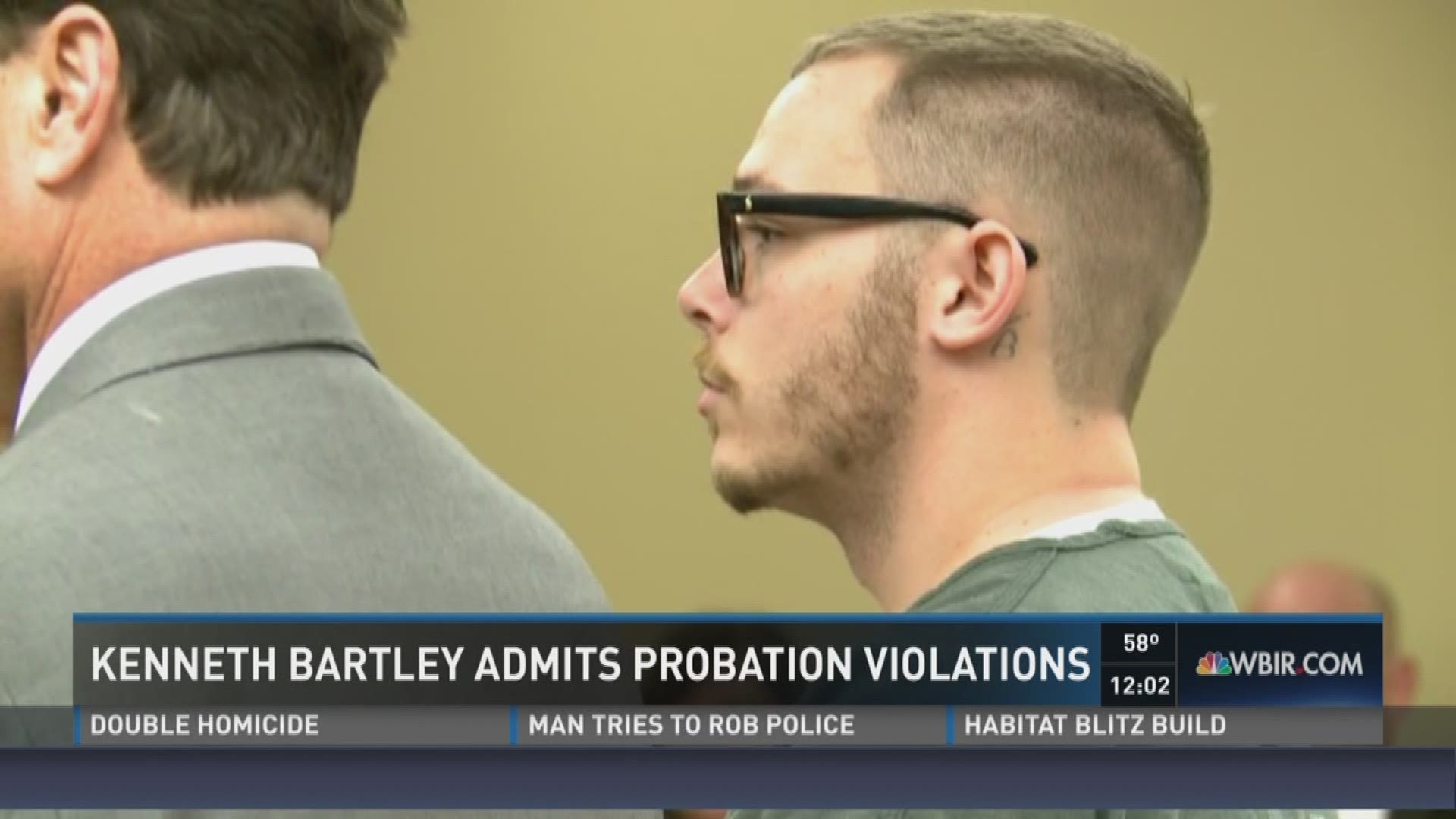 A convicted Campbell County school shooter is headed back to jail for probation violations.

Kenneth Bartley admitted he violated his probation in a Campbell County courtroom on Monday morning.

"Mr. Bartley and I have had a very heartfelt conversation and he feels it is in his best interest to accept responsibility for the violations of probation," said Greg Isaacs, Bartley's defense attorney. 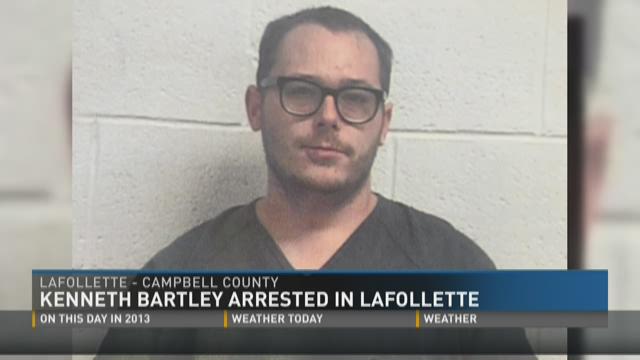 A SCRAM bracelet is used to monitor alcohol and drug use.

Authorities arrested Bartley on April 1 on an active and outstanding violation of probation warrant from a previous misdemeanor assault charge.

"It's been a tumultuous journey," said Isaacs to Judge Shayne Sexton. "The last time I was before you, I thought we had one of the most comprehensive supervision plans one could create."

According to Bartley's arrest documents, the reporting officer made contact with Bartley's dad at the front door of the house. His dad told the officer his son, Kenneth Bartley, was upstairs sleeping. Bartley was arrested without incident.

An arrest warrant for Bartley was issued in April 2015 in Campbell County because a device he was ordered to wear indicated he had used alcohol. In May 2015, the warrant was updated to include a failure to provide a new physical address.

Because the violations were for a misdemeanor conviction, Bartley could not be extradited to Tennessee.

Bartley has known about the violations for more than a year.

Authorities said Bartley could serve about four months in jail, depending on credit he receives for time served.

However, this may not be the end of his legal troubles. While living in Fairfax County, Virginia, a three-year-old boy died while under Bartley's care. Beckett Josef Podominick is the son of Bartley's former counselor, Erin TePaske, with whom he was living.

Bartley has not been charged in the boys death, which TePaske says was the result of a fall down some concrete steps. However, the boy's father,

Matthew Podominick, is raising questions, and petitioning the governors of Virginia and Tennessee to intervene. He's seeking what he calls justice for his son.

Bartley will serve the remainder of his sentence in Campbell County.