The couple paid the mother $2,000 for the infant, according to police. 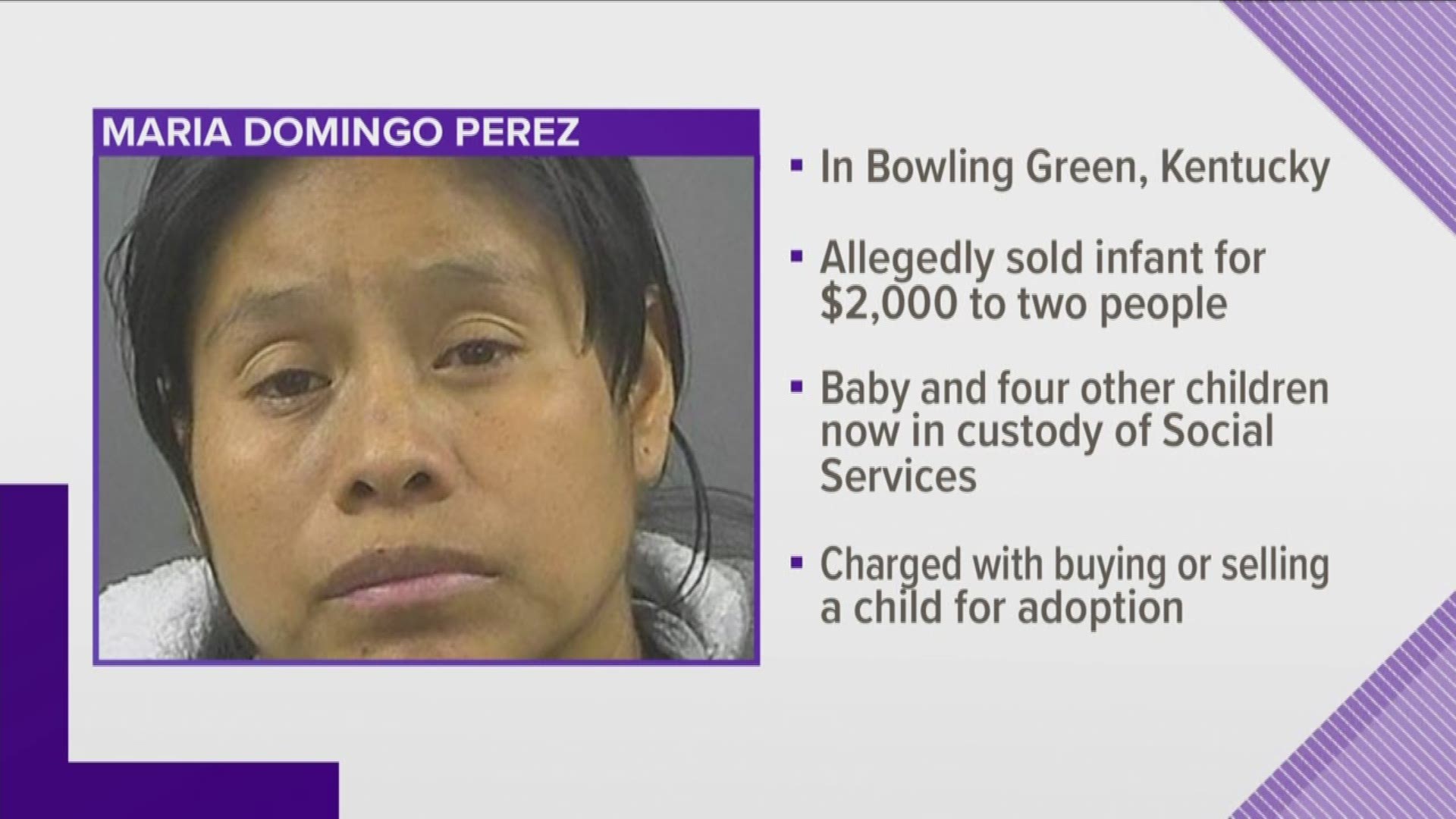 On Monday, police were informed by Parker Bennett Curry Elementary School officials about a woman giving away a child.

Officers spoke with Maria Domingo Perez, the mother of the infant, and found that she gave conflicting statements.

Perez eventually told police that she gave the child away to Pascual Jose Manuel and Catarina Felipe Jose.

Detectives and officers spoke with Manuel and Felipe, who told police that they paid $2,000 for the child.

Social services have taken custody of the child and Perez's four other children.

The three have been taken to the Warren County Regional Jail and charged with selling/purchasing a child for adoption, which is a Class D Felony.