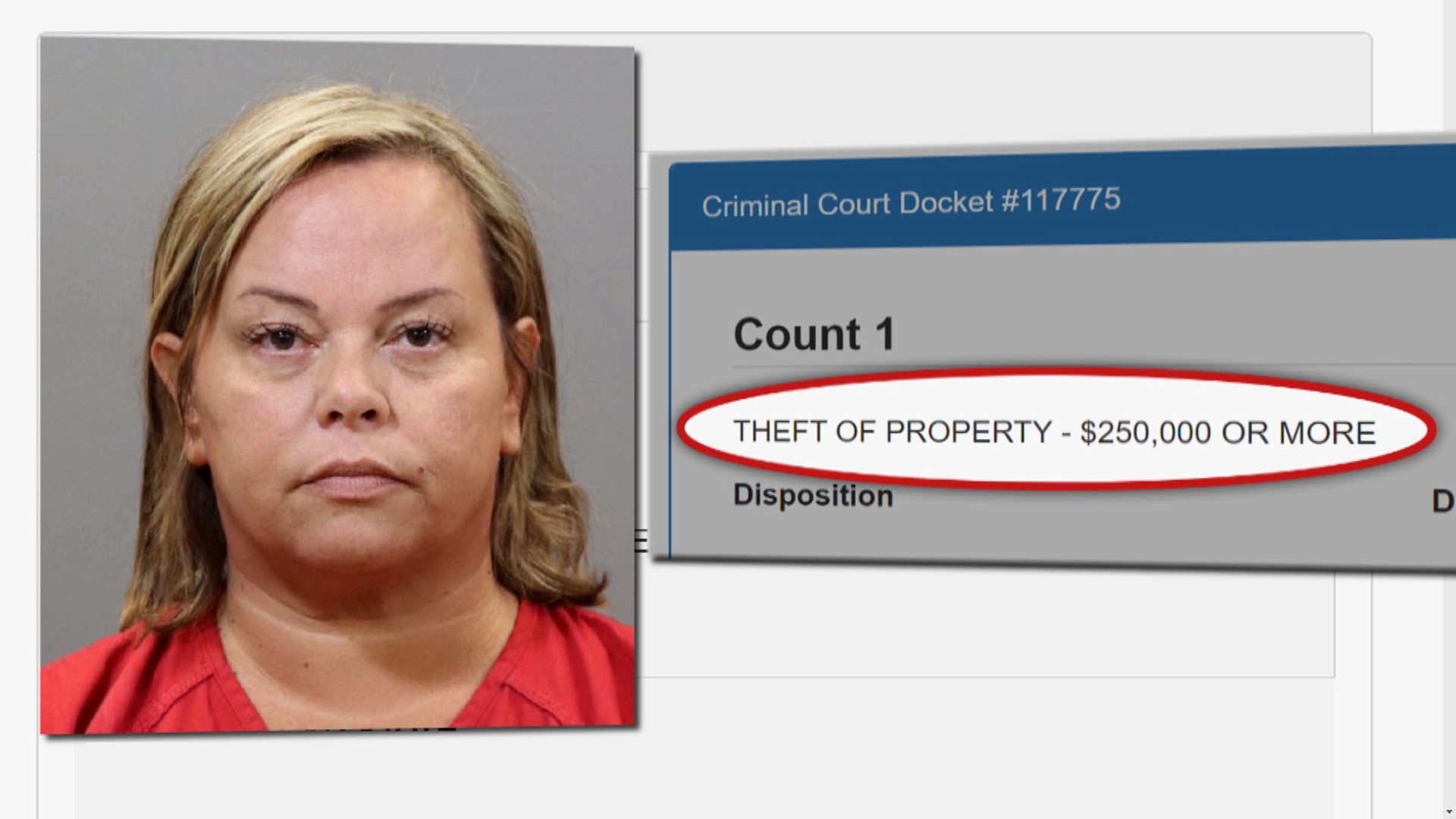 KNOXVILLE, Tenn. — UPDATE THURSDAY: A former accountant for the non-profit ChildHelp has admitted stealing more than $2 million over a nine-year period, hiding what she did by forging signatures and altering checks to make it look like the money went for legitimate bills, federal records state.

By agreement she would get a 36-month sentence, records show. A pre-sentence report was to be prepared.

The thefts started in 2012 and often accelerated as the years progressed in volume, records state.

Credit: Federal court records
Example of check Brown wrote to herself on a ChildHelp account.

"Defendant admitted that she had over a nine-year period written forged and fraudulent checks to herself, deposited those checks into her personal checking account and then altered ChildHelp's bank statements to conceal her fraud," the plea agreement states.

Brown pleaded guilty to wire fraud and to submitting false tax returns to the government.

In all the government found she forged 885 fraudulent checks amounting to more than $2 million from 2012 to 2020.

She'd write a check to herself, deposit the money in her personal account and then go back and alter the check to make it appear it was being written to someone to whom the agency owed money, according to the government.

According to court records, her household got more than $550,000 in unclaimed income from the scheme for which taxes were not paid.

Eddie Smith, director of organizational advancement at ChildHelp, said he is heartbroken by the incident.

"We are thankful for the hard work of the US Attorney’s Office, the Federal Bureau of Investigation, the Knox County DA and the Knoxville Police Department in bringing her to justice," he said. "We are heartbroken that she has stolen money from the children who have suffered the worst abuse in our community. We are moving forward to continue to help the kids in our community who suffer abuse and neglect.”

PREVIOUS STORY: A longtime employee for the non-profit group ChildHelp is listed as a Knox County inmate charged with "theft of property - $250,000 or more."  The charity helps victims of child abuse.

Angie Brown of Knoxville, age 49, has worked for ChildHelp since 2006, according to her LinkedIn profile.  Police records show she was arrested and booked Aug. 7, 2020, on charges of forgery and theft.

Eddie Smith serves as the director of program and development for ChildHelp of East Tennessee.  Smith would not comment on the exact charges or the employee, other than to say it became a matter for law enforcement after an internal review by the chief financial officer of ChildHelp.

"He discovered some possible financial discrepancies and payments at our program here in Tennessee. They were able to identify the source of the activity and turn the matter over to law enforcement for investigation.  So any questions about the investigation, I'd have to refer you to the district attorney's office," said Smith.

Assistant D.A. Sean McDermott with the Knox County District Attorney's office declined to comment on any specifics of the case.

"Because this is a pending case, ethical rules prohibit the DA’s Office from commenting at this time," wrote McDermott.

The theft charge is listed as $250,000 or more. It could be much more. Smith said no details will be released "until our day in court."

The Knox County Sheriff's Office records list Brown as an inmate as of Monday night, but do not show when her next court hearing is scheduled.

ChildHelp has extensive experience helping law enforcement, prosecutors, and courts with cases involving child abuse.  The charity provides forensic investigators who speak to children to determine if and how they were abused.

"We've helped thousands of children who are abused. They're neglected, sexually abused, trafficked, and need help. We help prosecute perpetrators and also help with the healing process," said Smith.

Smith said the charity has enhanced its financial controls to "make sure it [theft] cannot happen again."  He also emphasized the theft did not inhibit the work at ChildHelp.

"What I want everyone to be sure to understand is at no time were we not able to help children. We have continued to fulfill the mission of helping our children most in need right here in our own community," said Smith.