Knox Co. DA: Man who stabbed and killed 3 women at truck stop acted alone; officer was justified in shooting him

According to Allen, Abdus-Salaam acted alone and they believe targeted the women at random, saying he was "angry at all people in general." 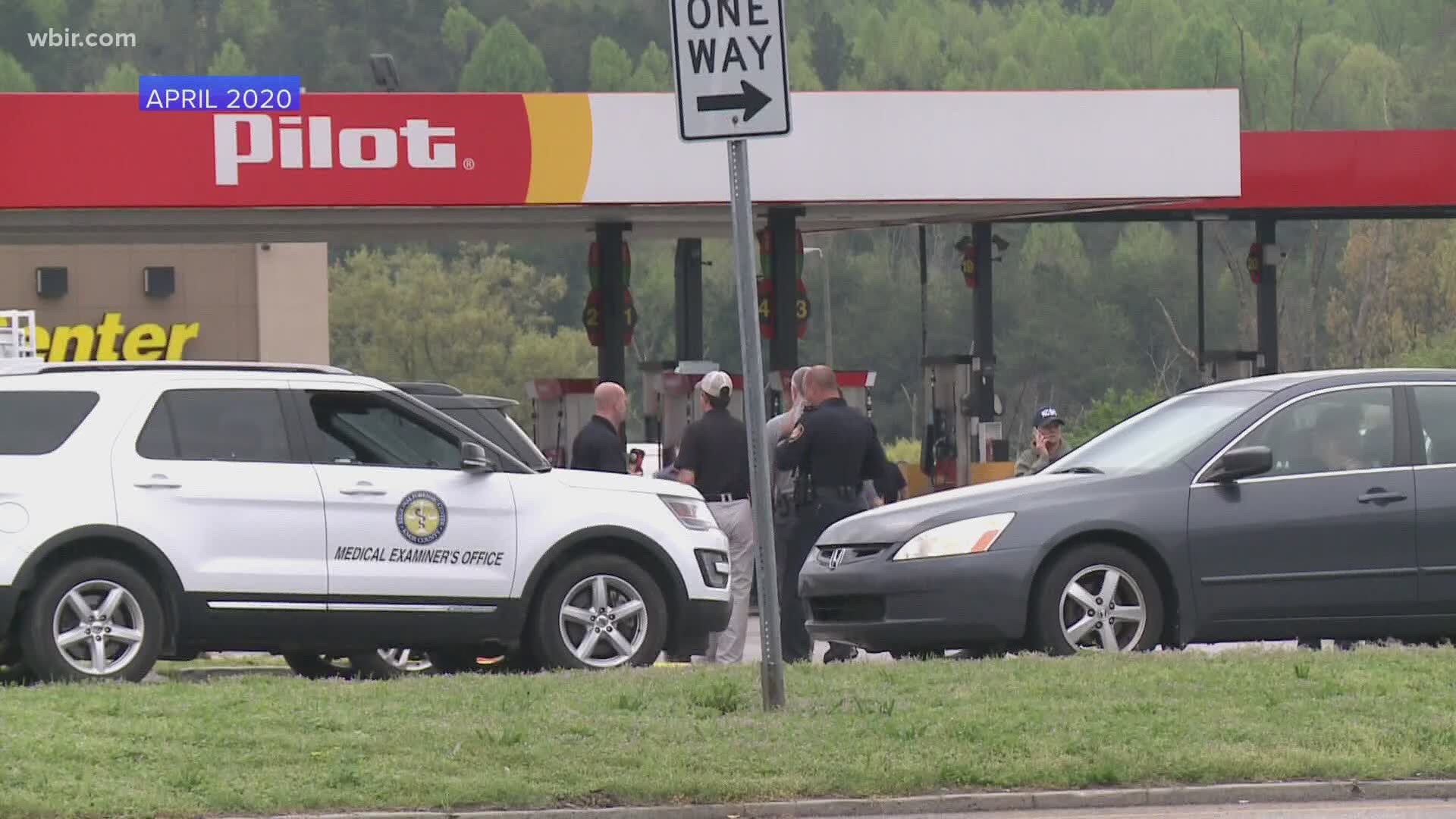 Knox County District Attorney General Charme Allen said the officer who shot and killed a man suspected of stabbing and killing three women and wounding another at a Strawberry Plains Pike truck stop was justified in the shooting.

According to Allen, Salaam acted alone and they believe targeted the women at random, saying he was "angry at all people in general" and was not targeting anyone in particular.

Allen said the motive in the case is difficult to answer. She said prior to working for Swift Trucking for about 9 months, Allen worked as a corrections officer for the North Carolina Department of Public Safety. Allen said in 2018 he got into a "small skirmish" with a coworker and resigned on May 25, 2019, after a lengthy investigation led to him being written up -- saying Salaam became very angry and believed the department was out to get him on "trumped-up charges."

Allen said he regretted resigning shortly after and tried to get his job back. Ten days prior to the truck stop attack in Knox County, Allen said he received final notice he would not get his old job back. They believe that was the tipping point.

RELATED: What we know about the four women stabbed at the Pilot truck stop on Tuesday

Allen said Salaam terminated his apartment lease and then carried out the attack. His girlfriend and sister told investigators he tried to cut himself off and isolate from them at times, talking about how he was paranoid and how they asked him to seek help. Allen said Salaam never received treatment for mental health issues, and his last texts to his girlfriend talked about wanting to kill people and go to heaven.

Credit: Knox Co. DA
One of two notes found in the truck of Idris Abdus-Salaam. He was killed by a Knox Co. Sheriff's Office deputy who responded to the Pilot on Strawberry Plains after investigators said Salaam stabbed four women.

A notebook found inside his truck contained two pages with no dates written on them. One page talked about how he hated people for being "abandoned and mistreated," saying he intended to "repay" them one day and that he should have known.

The second page made mention of Iblis, the devil of the Islamic religion. Allen said Salaam made references to numerous religions and mythologies in other notes they found of his, saying he looked up ways to pray in different religions and his research was seemingly random. They do not believe he was formally part of any religion even though he identified himself as a Muslim.

Just before 7 a.m. on Tuesday, April 7, Knox Co. deputies were dispatched to the Pilot Travel Center on Strawberry Plains Pike on a reported stabbing.

During the briefing Monday, Allen showed security camera footage showing the attack happening over a span of 13 minutes.

Salaam arrived and took a shower, and did not have contact with anyone else. At one point, he stopped and watched where he could see the entire store before going into the restroom. He then walks out of the store and returns after about 30 seconds -- following the first victim, manager Joyce Whaley, 57, into a restroom as she did her checks.

An employee working at the Cinnabon in the store then went into the restroom and began to scream. The second victim, Patricia Nibbe, 51, ran into the kitchen as Salaam walked back out calmly with a knife in his hand. He then attacked her before attacking the third victim, Nettie Spencer, 41.

Neither of the attacks on the first two victims were caught on camera. The attack on Nibbe was, but WBIR has elected not to share that portion of the video.

As Spencer was being stabbed, several truckers in the store started spraying Salaam with fire extinguishers to try and stop him. Spencer then got up and walked toward the Subway and out the front door as Salaam followed her out into the parking lot.

Credit: Knox Co. DA
The knife that investigators said was used to stab four women at a Knoxville Pilot truck stop in April 2020.

The fourth stabbing victim, Dessa Hutchinson, was in the store when the attacks started and went outside to her van to call 911. Salaam pulled her from her vehicle and started stabbing her. Her attack was not caught on camera, but Allen said it could be heard via her 911 call. Hutchinson was the only woman to survive the attack.

The bystanders and truckers who tried to stop Salaam in the store then chased him out into the parking lot. At this point, a person in a Ford Expedition ran Salaam over twice to try and stop him, and he got back up every time with the knife still in his hand.

Credit: KCSO
Idris Abdus-Salaam can be seen advancing towards Knox Co. deputy Jordan Hurst before the officer shot and killed him. Salaam was still carrying the knife investigators said he used to fatally stab three women and he refused the officer's multiple commands to stop.

Dash camera video of the officers responding showed Officer Hurst pull up and immediately order the suspect to put the knife down eight separate times over a period of about 10 seconds. Hurst retreated back as Salaam calmly approached him with the knife, and at that point Allen said Hurst was justified shooting him in defense, killing him.

The video below shows Officer Hurst confront Salaam, who is still holding the knife and order him multiple times to stop advancing on him. The video stops just before the shots are fired, but still may be disturbing to some viewers.

Allen said the three victims who died suffered from multiple stab wounds to the neck, shoulder, and hands.

Hutchinson survived with multiple lacerations to her neck, face, lip and ear. She was treated and released the same day.

Allen said Salaam's autopsy revealed no evidence of him being under the influence of drugs at the time, saying it only detected seasonal allergy medication and marijuana metabolite that was not recently ingested.