Knox County jury to be spared from seeing most gruesome photos from couple's killings, dismemberment 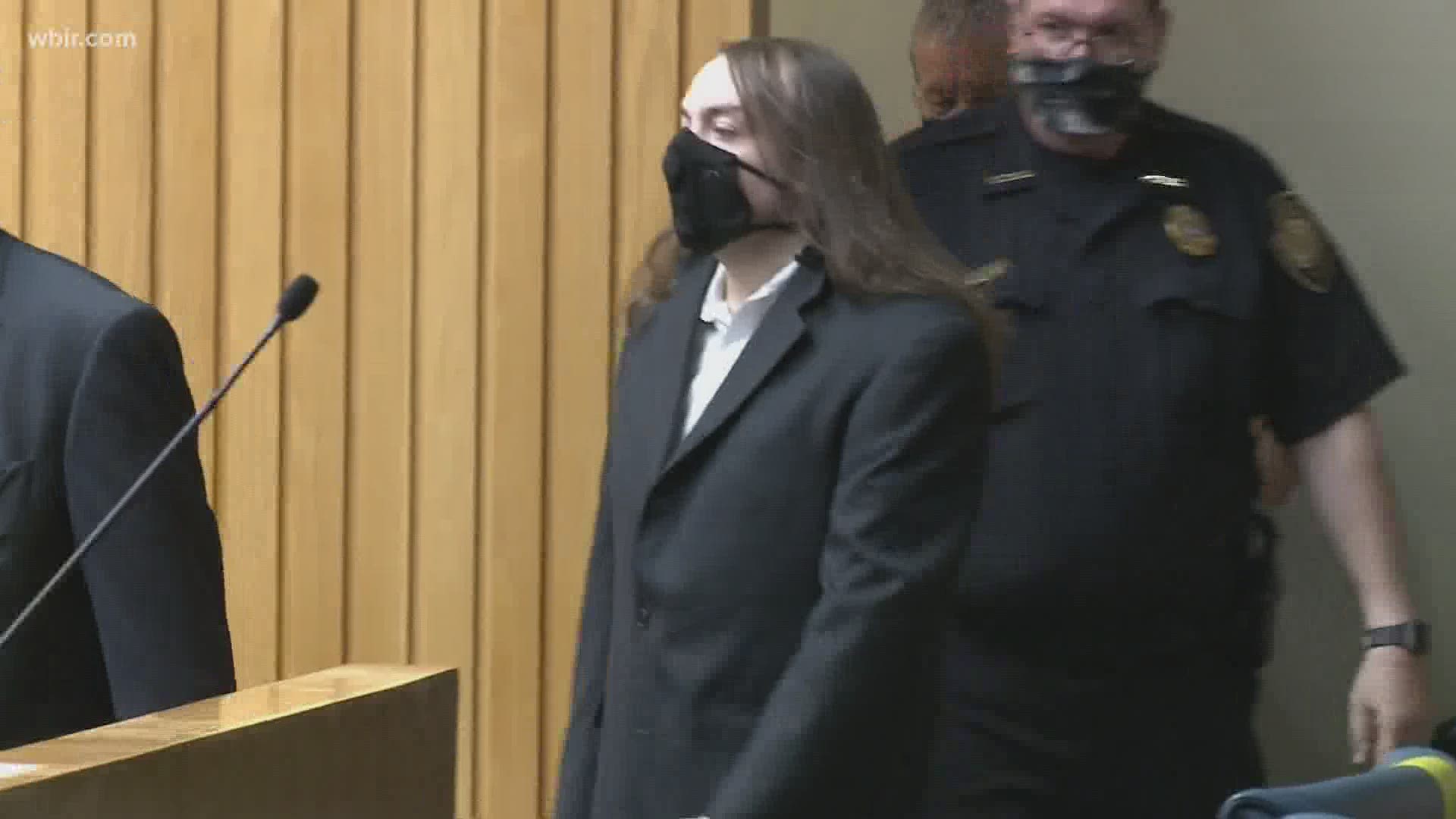 KNOXVILLE, Tennessee — Knox County jurors will see edited crime scene photos -- and sometimes no photos at all -- depicting the deaths and dismemberment of a Knox County couple in 2016, allegedly at the hands of their grown son.

He agreed, however, that jurors must see other photos that show the extent of the victims' stab wounds and their struggles as part of the state's case that Joel M. Guy Jr. cut up their corpses.

Nassios conceded there were some photos she wouldn't even bother introducing, including one that shows mother Lisa Guy's head as it was found in a pot on the kitchen stove Nov. 28, 2016. The prosecutor, however, said she did want to show a photo of the covered pot on the stove as detectives first found it.

Defense attorneys John Halstead, Mark Stephens and Jonathan Harwell argue images from the killing scene are so bad they will prejudice jurors from giving their client a fair trial.

RELATED: Defense can challenge use of evidence against man accused of dismembering parents

Halstead argued witnesses can simply describe the condition of the bodies and the rooms in which they were found to verify the nature of the crime.

"It's going to be gruesome, just from the nature of it," the judge observed.

Jury selection starts Thursday, Sept. 24. If necessary it will continue the following day.

Testimony is expected to start promptly Monday, Sept. 28. The trial likely will take about a week.

Guy, 32, is accused of murdering Joel Guy Sr. and Lisa Guy over Thanksgiving weekend 2016 in their Goldenview Lane home. The state says he plotted for days in advance to kill them, buying chemicals, a knife and other equipment at stores in the Baton Rouge, La., area where he lived.

He bought other chemicals after the killings at Knoxville stores, the prosecution alleges.

Defense attorneys routinely try to keep out graphic crime scene photos in murder trials. The Guy case is one of the most extreme in recent Knox County history.

Credit: WBIR
Joel Guy Jr. strides from courtroom Thursday after pre-trial hearing. He's charged with murdering his parents and cutting up their corpses.

Nassios showed Sword some of the photos she hoped to use to demonstrate the "ferocity" of the killings.

Evidence indicates he attacked his father in the exercise room. His father's severed hands were found later by detectives on the floor.

The state thinks Guy then attacked his mother after she returned from shopping. Her clothes were found in a heap on a landing upstairs, with cut and slash marks indicating where she'd been stabbed, Nassios said Thursday.

The prosecution thinks Guy then cut up the bodies and put most of the parts that he hoped to dissolve in two plastic tubs.

Detectives found his mother's head in a pot on the stove when they searched the house Monday, Nov. 28.

Staff at the forensic center later gathered the parts for review at the Regional Forensic Center.

Nassios displayed some photos of the victims in the courtroom.

Lisa Guy suffered an estimated 31 stab wounds to her back and buttocks. The attacker twisted the blade in many wounds, Nassios said.

Joel Guy Sr. had an estimated 40 wounds to his body. Nassios pointed out a photo that showed his hands, the fingers bearing deep cuts from what she said were wounds where he tried to defend himself.

The veteran prosecutor said she intended to edit some of the photos to tone down the colors and reduce the harsh tint of the blood.

Guy sat at the defense table as she spoke, staring up intently at the projection screen above him that bore images of his dead parents.