In January 2021, the district attorney's office said there were 10 homicides. That's up from two homicides in January 2020. 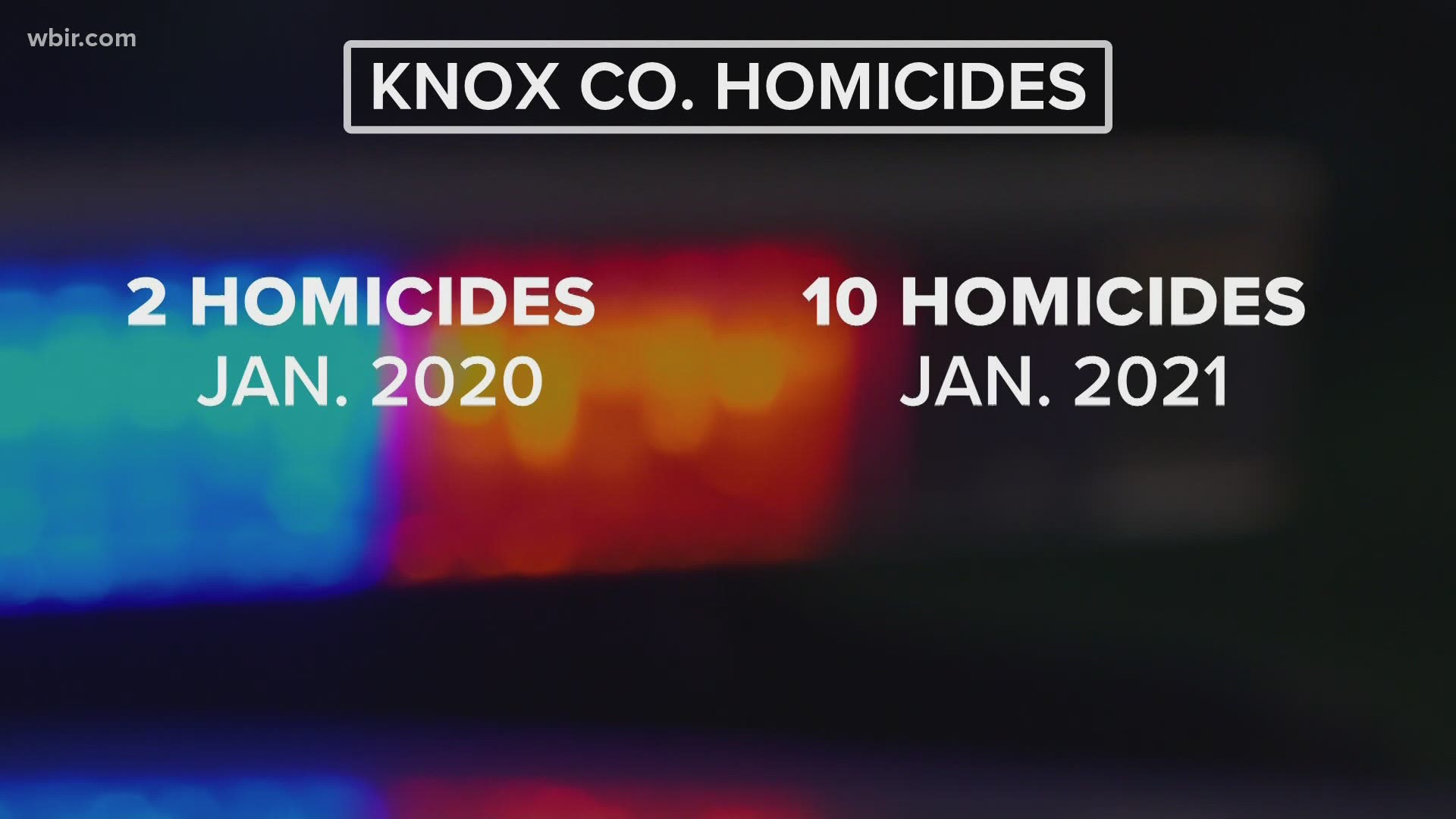 KNOX COUNTY, Tenn — In Knox County, the district attorney's office has been busy.

"The homicide rate is definitely up this year, unfortunately, as compared to last year," District Attorney General Charme Allen told 10News. "[It's] been very trying and very taxing not only on law enforcement, but on my staff as well."

She said her assistant district attorneys have been working around the clock  to get these cases solved and prosecuted.

"They have, unfortunately, been extremely busy during this time," she said. "If this particular rate continues throughout the year, we will have obviously a very significant increase. We hope that doesn't happen."

In January 2021, the district attorney's office said there were 10 homicides within county limits. That's up from two homicides in January 2020.

In 2020, General Allen said there were 45 homicides total. Only two of those took place in January.

In the first month of 2021, there have been 10 homicides in Knox County.

"This is happening across our state and across the country. We're seeing an uptick in homicides," she said. "It's not something that's unique to Knoxville."

There were, however, a few trends among the group of January shootings.

General Allen said it usually takes help from the general public to solve some of these cases.

"We really rely on the public to assist us and to help us in these cases to solve them and get folks prosecuted and held accountable," she said.