"There was a homicide of Anthony Thompson," Knox County DAG Charme Allen said. "Was it lawful or an unlawful homicide?" 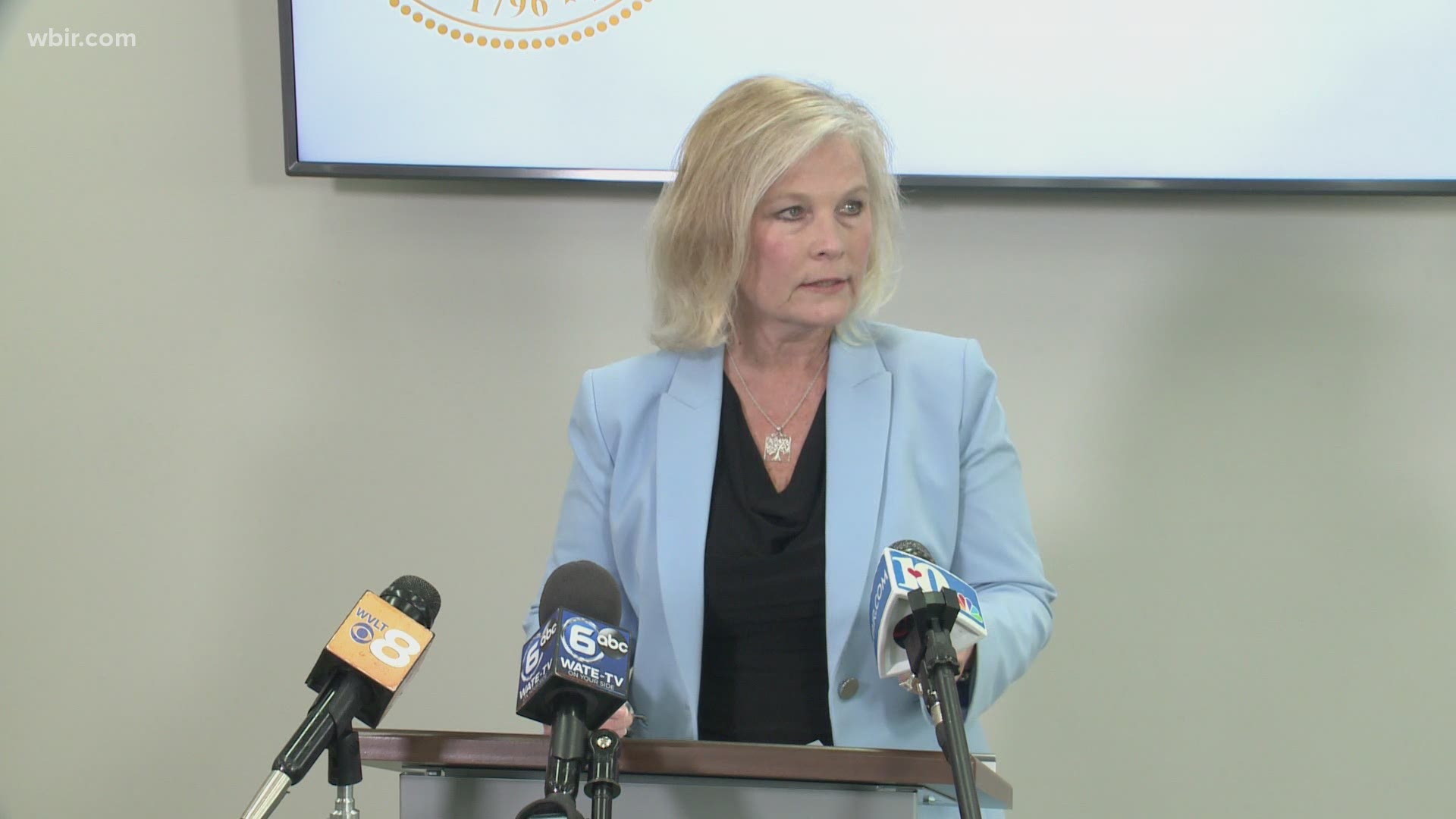 KNOXVILLE, Tenn. — Knox County District Attorney General Charme Allen promises the public will see the police body camera footage of a shooting that killed a student in a Knoxville high school, but only after the criminal investigation is complete.

Allen said she has asked the Tennessee Bureau of Investigation (TBI) to make this case its top priority.

17-year-old Anthony Thompson Jr. died in Monday's shooting inside a bathroom at Austin-East Magnet High School. He was the fifth student from Austin-East to die in gun violence so far this year, but it was the first shooting to take place on school property.

The TBI said Thompson had a handgun when Knoxville Police Department officers located him around 3:15 p.m. Monday afternoon and a struggle ensued. Investigators said Thompson's gun fired first, but it's unclear right now whether the teenager pulled the trigger or if it was an accidental discharge.

Preliminary evidence indicates the bullet from Thompson's gun did not hit KPD school resource officer Adam Willson, who suffered a gunshot wound to the leg, according to TBI.

The public has demanded to see the video from the police-worn body cameras that captured the struggle and what actually happened inside that bathroom. Knoxville Mayor Indya Kincannon has also requested the DAG's office release the video.

DAG Allen responded in a press conference on Thursday.

"I understand that the community, the press, and citizens want to see the body camera video in this case. I understand as a human being," she said. "But I stand here as the elected District Attorney General whose job it is to protect the potential criminal integrity of this case."

Allen said she agreed that the community has a right to see the footage, but it's all about timing.

Right now, less than 72 hours after the shooting, the TBI is still collecting evidence and conducting interviews in this case. Releasing the video too early could taint that process and any possible criminal prosecution.

"I will always err on the side of the law over the demands of public opinion," she said.

Once TBI completes its investigation, it will turn the evidence over to the DA's office, which will review the case and determine if a crime was committed.

"There was a homicide of Anthony Thompson," she said. "Was it lawful or an unlawful homicide?"

If her office determines that a crime was committed, the case will go to trial and the body camera footage will be released in court.

"Evidence including body cam evidence is protected until we go to trial," she said.

If her office determines that no crime was committed, that it was a justified homicide and the officers are cleared of any wrongdoing, she will hold a press conference where she will go over the evidence and explain the decision. That is Allen's standard procedure in officer-involved shootings.

Even before any of that happens, Allen said the family has the right to see the video first.

"We're talking about a 17-year-old kid who has a family that loved him very much. I would sit with the family first, answer their questions first, let them watch in the privacy of my office as many times as they want," she said.

Allen said she has spoken to the family and their attorney, and they have expressed gratitude that her office has committed to sit down and talk to them first.

The four officers involved in the shooting inside Austin-East Magnet High School were released on Thursday. They are Officer Adam Willson, the SRO who was shot in the leg, Lieutenant Stanley Cash, Officer Jonathon Clabough, and Officer Brian Baldwin. All four are on administrative leave during the investigation, which is standard procedure.