Raymond Taylor, age 60, is seeking up to $4 million in punitive and compensatory damages in federal court. 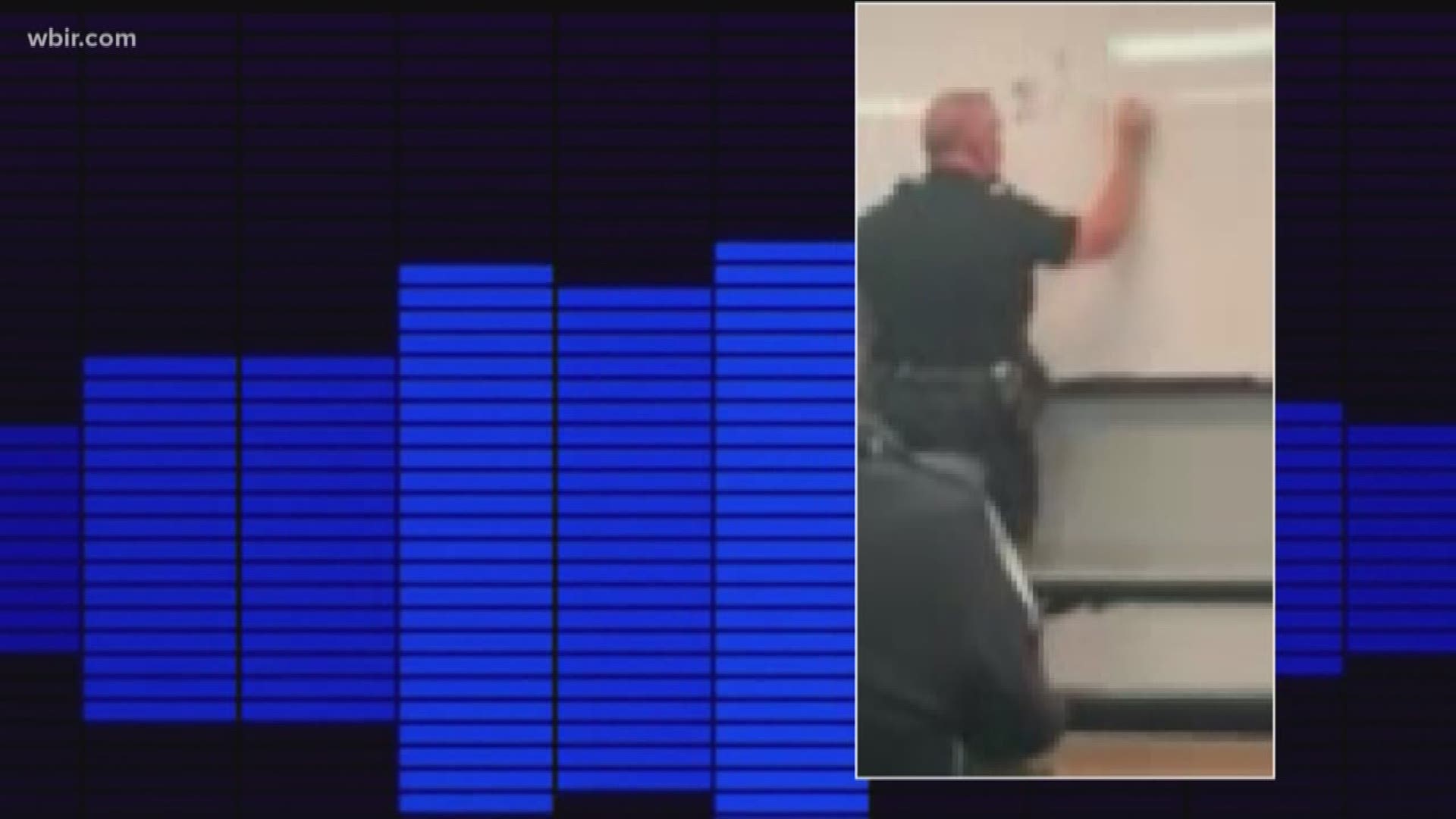 KNOXVILLE, Tenn. — A Knoxville man alleges a Knoxville Police Department officer body-slammed him to the ground while he was cuffed and broke his "crippled" right arm during a traffic stop in May 2019.

Raymond A. Taylor Jr., age 60, names the city and six KPD officers and supervisors in the federal civil rights complaint. Attorney Lance Baker filed it on his behalf.

Taylor seeks up to $4 million in punitive and compensatory damages.

As a result of the stop, Taylor currently faces charges in Knox County that include DUI first offense, resisting arrest, speeding and having an open container. According to a warrant, officers found a "half-empty" bottle of vodka in the passenger seat of Taylor's GMC 1988 pickup and 4 grams of marijuana in his pants pocket.

RELATED: Knoxville opts out of program that provides names of COVID-19 patients to first responders

RELATED: KPD recognizes year of service to community with awards

The case is now more than a year old, with little court activity, records show. Records reflect that Taylor has no prior convictions in Knox County.

Taylor has a July General Sessions Court date and is represented by Megan Newman of the Public Defender's Office in the criminal case.

Taylor was driving his beat-up pickup the night of May 3, 2019, when he passed by some KPD officers, according to the lawsuit. One, Christopher Brooks, decided to pull him over, allegedly for speeding.

Taylor's attorneys say the traffic stop wasn't legitimate to begin with and that their client wasn't speeding.

Brooks asked if Taylor had any weapons and Taylor responded by handing over a sheathed knife, handle first, according to the complaint.

Brooks drew his service weapon, aimed it at Taylor's head and ordered him out of the truck, the complaint states. He threw the knife to the ground.

A motorcycle crash had permanently damaged Taylor's right arm and shoulder. He had no use of the "mangled" arm, according to the lawsuit.

The 6-foot, 4-inch "handicapped" man slowly tried to get out of the truck, according to the complaint.

Brooks grabbed his arms and cuffed him. Taylor cried out in pain and explained he had a previous injury. According to the complaint, Brooks continued to jerk and pull on his arm, despite Taylor's protests.

Brooks slammed him to the ground face-first, the lawsuit states.

The officer's repeated jerking of Taylor's upper right arm resulted in it breaking, according to the lawsuit.

Taylor alleges Brooks can be heard on a video in-car recording of the call telling another arriving officer: "I broke his arm. I'm pretty sure it's broke."

At University of Tennessee Medical Center, Brooks underwent surgery for the broken arm. He eventually left the hospital with $58,000 in medical bills, according to the complaint.

Besides Brooks, Taylor is suing several officers who -- coincidentally -- became embroiled in controversy over a veteran sergeant's vulgar remarks during a spring 2019 roll call.

Brasfield blew the whistle on Maxwell's conduct, which another officer secretly recorded. Both long-serving officers eventually quit the department.

According to Taylor's lawsuit, Maxwell, Brasfield and Willis looked into whether Brooks used excessive force in breaking Taylor's arm. The lawsuit states Willis deemed Brooks' conduct to be "minimal and appropriate."

Credit: Taylor lawsuit
A passage from Taylor's lawsuit in which he references Travis Brasfield, Tony Willis and Bobby Maxwell.

According to Taylor, he and an officer he suspects was Maxwell had a confrontation while he was being arrested along Magnolia Avenue in May 2019.

He alleges that at one point during his arrest he called Maxwell, who went to the scene, a "pussy." Maxwell responded by making a vulgar, masturbatory gesture, according to the lawsuit.

Maxwell had gained notoriety on the force as a gritty, blunt leader who also shot and killed two people during the course of his police work in Knoxville.