The U.S. Dept. of Justice said James Howell admitted to wire fraud and money laundering after applying for more than $150,000 through the PPP and EIDL program. 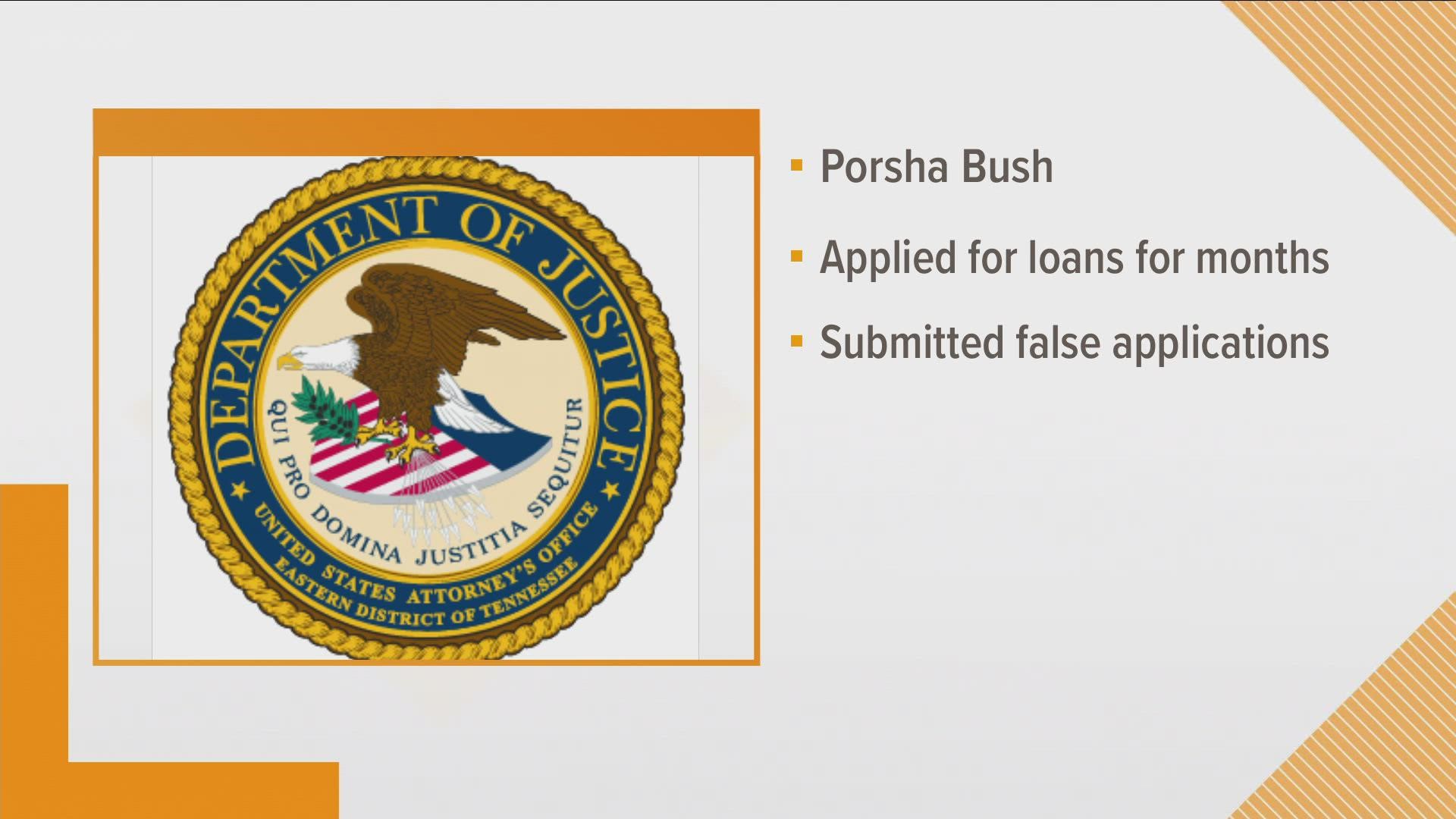 KNOXVILLE, Tenn. — A Knoxville man could spend up to 20 years in prison after federal authorities said he pleaded guilty to a scheme to defraud the Small Business Administration's COVID-19 economic relief programs.

According to the U.S. Attorney's Office for the Eastern District of Tennessee, James Waylon Howell, 39,  pleaded guilty Thursday to one count of wire fraud and one count of money laundering.

According to the DOJ, Howell applied for four loans totaling $154,700 through the SBA's Paycheck Protection Program and Economic Injury Disaster Loan program, which are meant to help businesses struggling through the COVID-19 pandemic with forgivable or low-interest business loans.

The DOJ said Howell submitted false and fraudulent applications under the names of two companies that did not qualify for the relief funds -- two seeking PPP funds and two seeking EIDL funds.

Authorities said he submitted false records and statements to support his applications with lies about the number of people he employed, how much revenue he generated and wages paid. He also lied about cooperate entities and the intended use of the loans, the DOJ said.

In the plea agreement, Howell said he submitted an online application for a business called Advanced Strategy Holdings, LLC seeking $83,800 in EIDL funds -- claiming the company employed four people and generated $700,000 in gross revenue in the 12 months before the pandemic. The DOJ said the claims were false, and that he had also sent IRS documents that had been fabricated.

After receiving the loan money from the SBA, authorities said Howell transferred it to his personal bank account -- knowing those proceeds had been obtained fraudulently.

As part of his written plea agreement, Howell was ordered to pay more than $69,000 in restitution. He also faces up to 20 years in prison, a fine of up to $250,000 and supervised release of up to three years.