Knoxville man found with severed torso in car after crash is out on bond, KCSO says

A THP trooper who was trying to turn off Dorrae Johnson's ignition during a stop saw the torso in Johnson's passenger floorboard, records say. 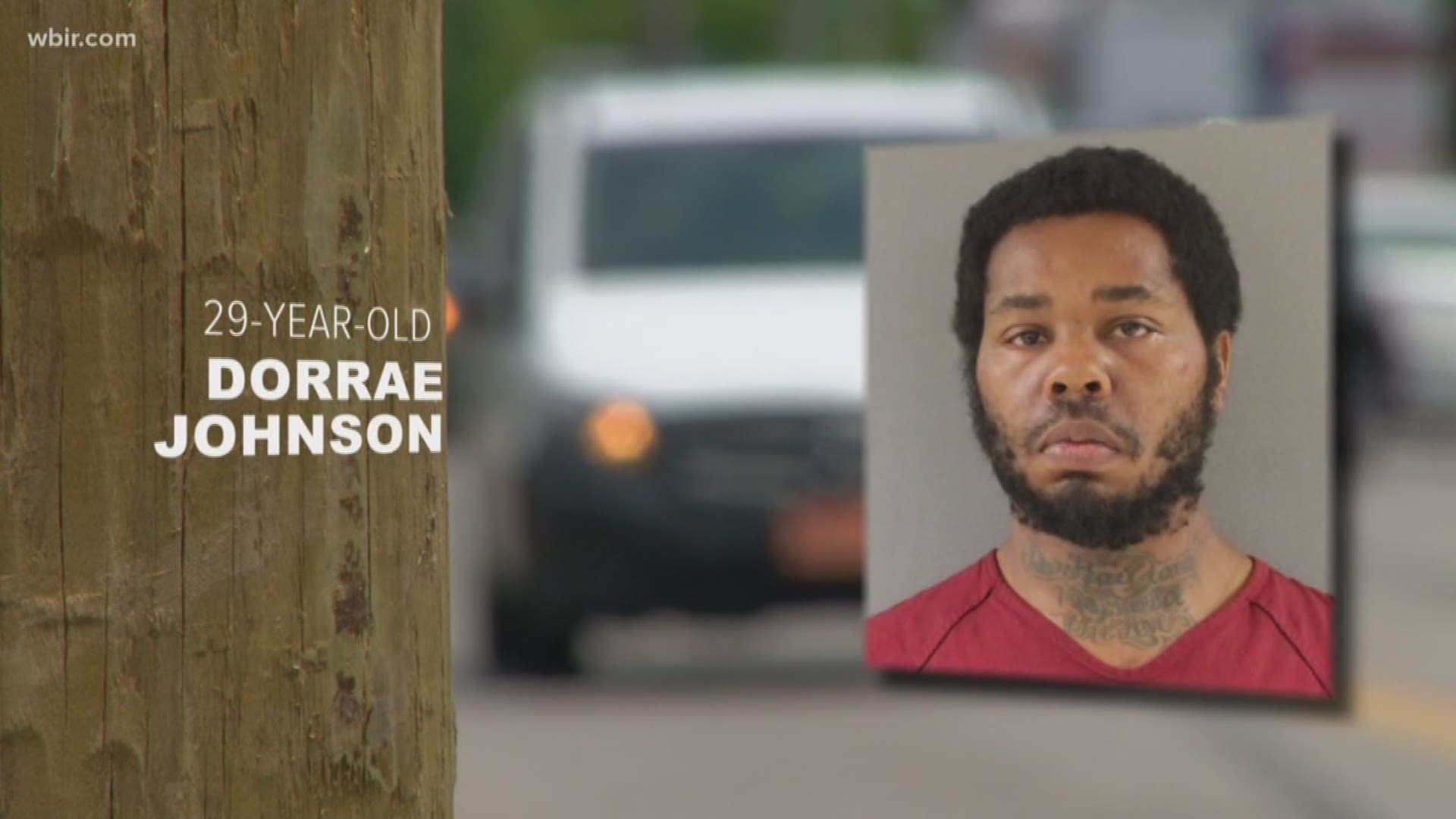 Authorities discovered the body after pulling over Dorrae Debrice Johnson, 29, in a 2006 Chevrolet Impala. Johnson was arrested after the crash but has since been released on bond.

A Tennessee Highway Patrol trooper first stopped Johnson after seeing him failing to maintain a single lane of travel on I-40 West near mile marker 388, according to a THP report.

Johnson drove away, however, according to records.

The trooper stopped him again after following him and seeing him driving onto Sutherland Avenue. Authorities tried to turn off Johnson's ignition and saw the upper part of a man's body lying in the passenger floorboard, records state.

Investigators believe Johnson was driving while intoxicated. He said he was "blitzed," according to a warrant.

When asked who was in the Chevy with him, Johnson said he and the passenger had switched seats, the warrant states.

Authorities went back to the scene where the victim was believed to have been hit and found the lower half of the body at the suspected scene of impact, according to records.

According to THP, it appears Johnson struck and killed the pedestrian along the edge of Sutherland Avenue. Authorities identified the victim as Darryl Eugene Butler, 65, of Knoxville. Butler's wallet also was found at the scene.

RELATED: 'I forgive the guy that did this' | Son of man killed in violent hit & run talks about dad's strong faith in God

According to a Facebook post from Volunteer Ministry Center, Butler was formerly homeless but had worked hard to get off the streets and had recently got into housing.

Volunteer Ministry Center
VMC sadly learned today that one of our neighbors passed away over the weekend as the result of a traffic accident. Daryl achieved housing 2-3 weeks ago and had persevered for over a year to achieve...

"Even though life had not always been easy, Darryl was a bigger than life personality and will be remembered for his smile, contagious positive attitude and always having a story to share with others. You will be remembered Daryl," the post read.

On Sunday morning, authorities shut down part of Sutherland Avenue for several hours between Cox and Walker streets. The Knoxville Police Department said it was assisting the Tennessee Highway Patrol in an investigation but did not release specifics about what had happened.

"Looked like someone had come completely through the windshield," Etherton said. "There was like a big huge hole in the windshield."

KPD declined Monday to discuss the circumstances and referred questions to THP.

THP, which generally has jurisdiction over the interstates, released its report Monday afternoon.

Warrants indicate the trooper first tried to stop Johnson about 3:30 a.m. Sunday on I-40. He'd been driving erratically, records state.

"Upon approach to the vehicle the suspect was yelling out the window that he had to get to his family's home," the warrant states.

He then drove off.

The trooper pursued and saw him get off at the 17th Street exit. The car went onto Western Avenue, then Middlebrook Pike and then on to Sutherland Avenue, according to the THP report.

He was "...driving the wrong way on the road, striking a curb and blowing out a tire," the report said.

Johnson hit a sidewalk and flattened a tire.

Johnson lost control, hit a utility pole and the vehicle came to a rest. Investigators allege Johnson ran away from the wreck, but authorities caught up to him and brought him back to a patrol unit for questioning.

Johnson smelled of alcohol. He also had bloodshot, watery eyes and had staggered when he ran, records revealed.

When authorities tried to turn off the ignition in Johnson's vehicle they saw the torso, according to the warrant.

Johnson faces charges of vehicular homicide, evading arrest, and driving with a revoked license. He posted a $76,000 bond and was released from jail.

He has a lengthy arrest record that includes a DUI in 2017 in Knox County.

WHAT OTHERS ARE READING RIGHT NOW:

RELATED: They're back! Two elk repeat trip to Tennessee side of Smokies