Mackie James almost lost her right arm after the late-night crash. She said the driver's BAC was double the legal limit that night. 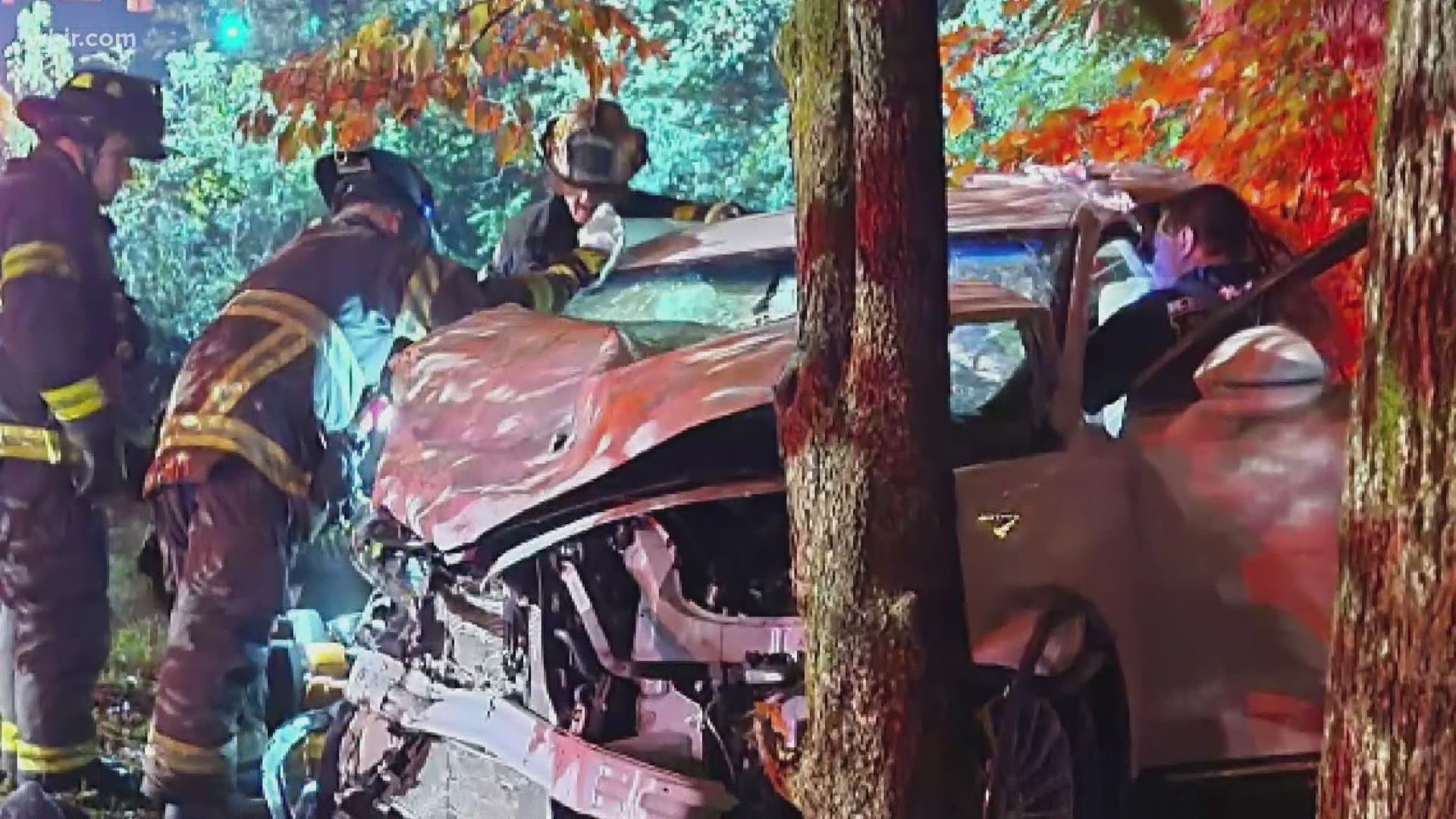 KNOXVILLE, Tenn. — A 26-year-old Knoxville woman is seeking justice after a drunk driver hit her head-on in September 2020.

Mackie James and her sister's lives changed forever when they were driving back home from a trip to Ohio and Kentucky on September 29.

"I was driving down Tazewell Pike and I noticed there were headlights coming at me in my lane," James said. "I was a minute away or two minutes away from my house and I was hit head-on by a drunk driver. I remember using [my sister's] phone to call 911 and then using my phone to call my mom, my dad, my boyfriend."

James said even though she immediately knew something was wrong with her legs, elbow and arm — she stayed calm as the adrenaline rushed through her body.

When the paramedics and emergency crews arrived, they had to cut the sisters out of the car which they had just borrowed from their dad. The driver of the other car was fine. His wife was knocked unconscious.

"We recently got his blood tests back and it was actually 0.16, so he was double the legal limit for what he was allowed to consume," James said.

Even after two and a half weeks in the hospital, countless surgeries and almost losing her right arm, she considers herself lucky.

According to Mothers Against Drunk Driving, in 2019, 290 people died from drunk driving crashes in Tennessee.

"Drunk driving is something that is 100 percent preventable and we need to work together as a community and as a nation to end these senseless crimes," Jami Wilson, a victim advocate with MADD East Tennessee said.

James said the man who hit her is a practicing nurse practitioner at a local hospital, which was concerning to her when she found out.

"It scared me because he took an oath to save people and he almost took my life away from me," James explained.

Now, she wants justice for the medical bills, trauma and permanent hurt that she says the driver caused.

The pandemic has pushed back court dates, delaying her search for justice even more.

And while James sits and waits for justice to be served, she has to pay insurance out-of-pocket and has had to deplete her savings account just to survive, she said.

She said before the crash happened, she felt she was in a positive place financially. The accident changed all of that and now, she said she is struggling to make ends meet. She can't go back to work right now but hopes to one day.

She suffers from Complex Regional Pain Syndrome and Compartment Syndrome. She said while her doctors and therapists are wonderful, she wishes she wasn't in this position.

She used to love to paint, garden, fish, jet ski and tumble outside. She's unsure she will ever get to do those things again. She's committed to seeing the silver lining, though, and wants to find new ways to do what she enjoys.

And after all the hardship, she said she is praying for the man who hit her.

While her life will never be the same, her message always will be: "A temporary decision can change your life permanently."

In the U.S., one person dies every 52 minutes from drunk driving.

If you are a victim of a drunk or impaired driving crash, MADD Tennessee has free resources available on their website. You can also give the statewide office a call at 615.360.8055.

If you would like to help Mackie James with her medical bills or offer some support, her mother set up a GoFundMe, she is accepting Venmo donations and also has an Amazon Wishlist.