Two people are dead after two separate shootings - one at Lonsdale Home Apartments and the other at at a Red Roof Inn. 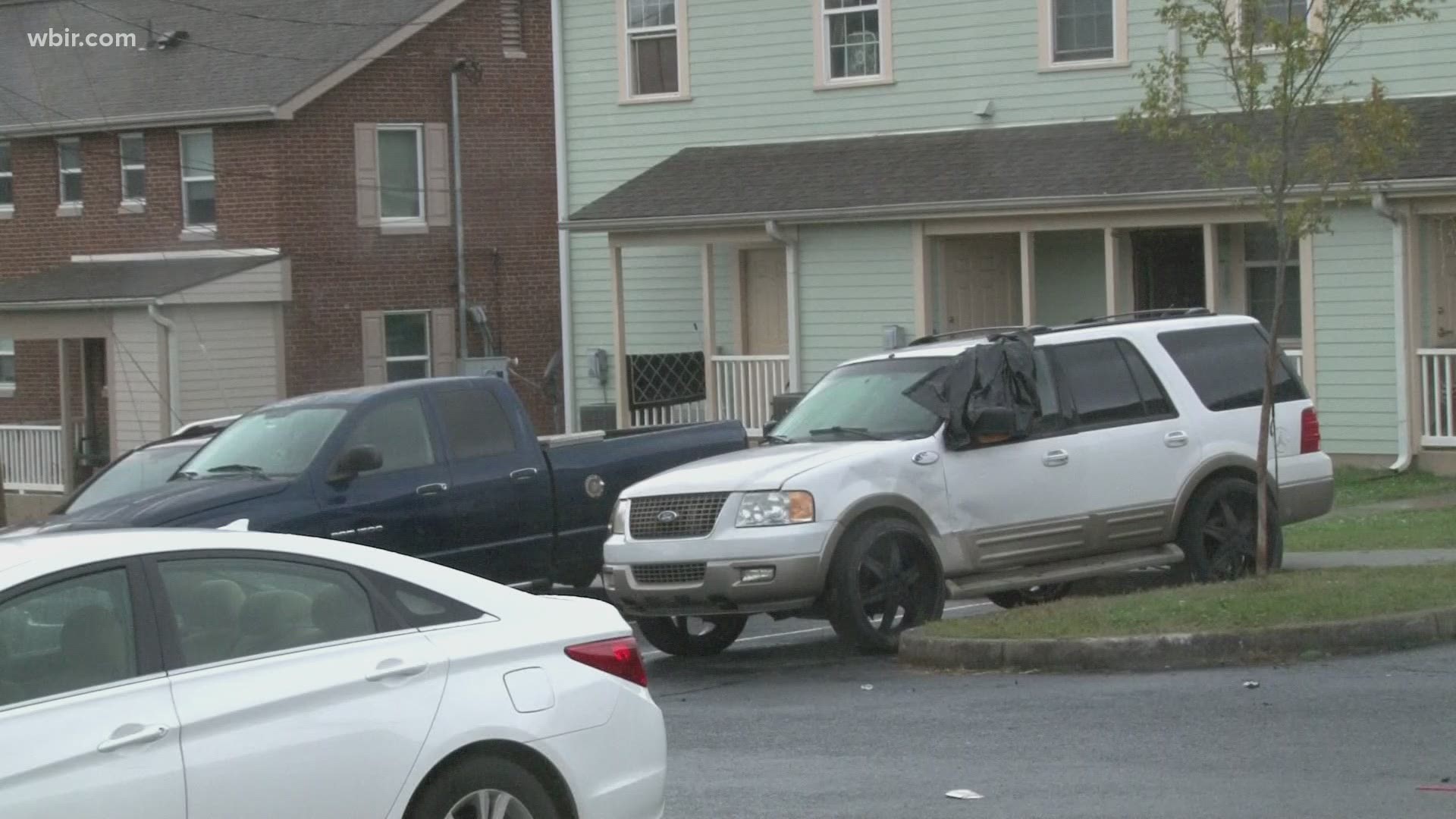 "I would like to sit on my couch, look at my TV, and not worry about something coming through this window. It's no different than anybody else," Margaret Lee, 83, said

They found a man dead in his car, a white SUV which had crashed.

In an effort trying to leave the complex, the man drove into Lot B of the property.

Margaret Lee has lived in this area for 62 years. She told 10News she's fed up by the violence.

"I can only tell you how I feel that I'm tired, and if I could afford it I wouldn't live here because it's not a fit place for anyone to live, kids running up and down the street, any of them could have got shot," Lee said.

It was the second of two deadly shootings in Knoxville this weekend, back-to-back shootings that came just 10 days after city leaders vowed to strengthen the city's efforts against crime.

Three hours before the shooting near Texas Avenue, police responded to a shooting at Red Roof Inn on Central Avenue Pike.

"At first, I thought it was a someone banging on the rail real loud, then I realized it was a gunshot," said Lee Schwuchow

Lee Schwuchow was staying at the hotel and heard the gunfire.

"There were so many. I couldn't count them," Schwuchow said.

KPD is still searching for suspects in both shootings, as city leaders say they are making this a top priority for law enforcement.

But it's a problem Lee said can be resolved.

"It's gone take everyone one of us to stand on our own two feet, getting together talking to each other, not about each other," Lee said.