A records check revealed that the suspect had four juvenile petitions out of Blount County, including two counts of theft and one count of aggravated burglary. 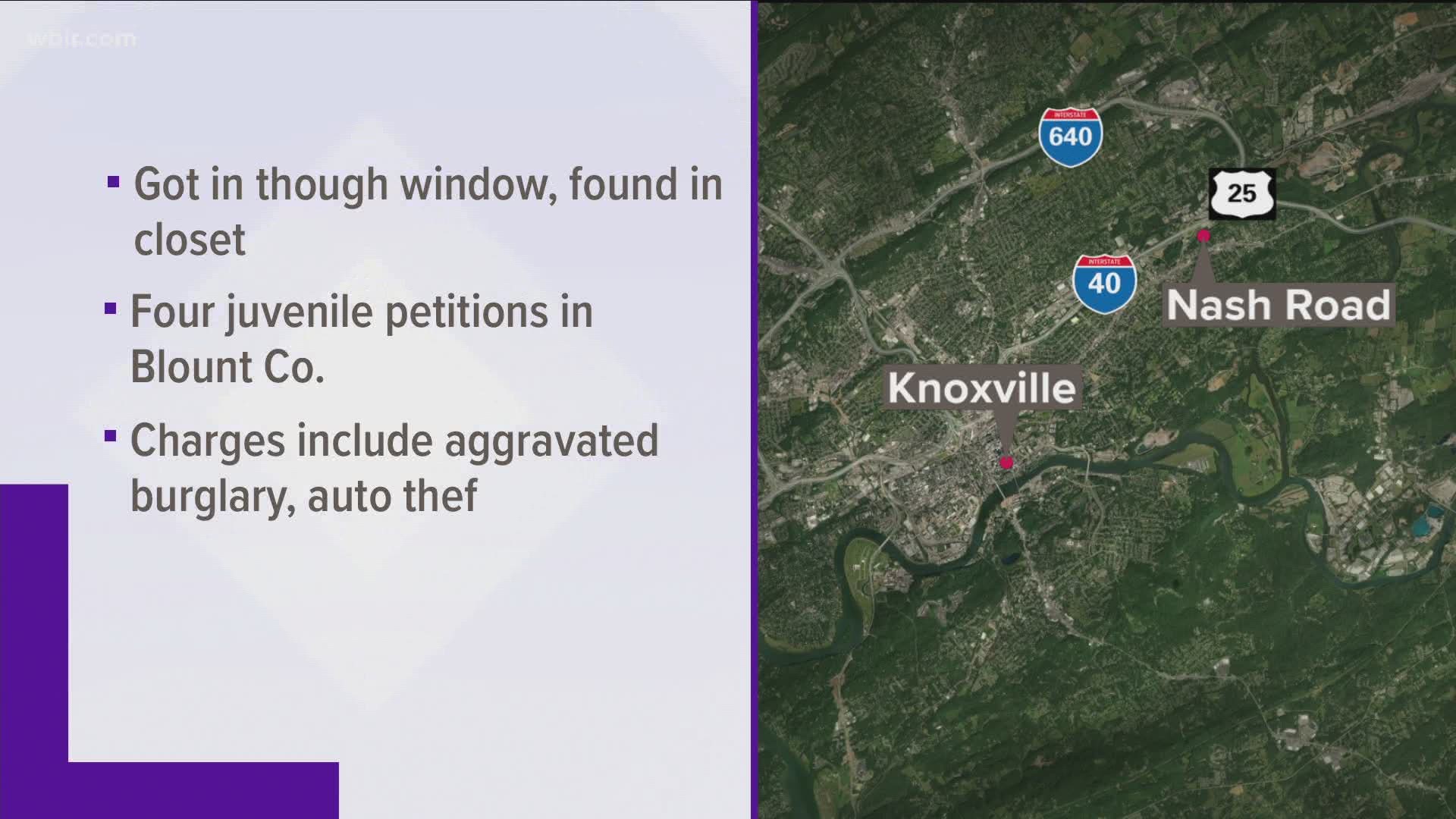 KNOXVILLE, Tenn. — Knoxville Police Department officers apprehended a 17-year-old male wanted for multiple charges out of Blount County after responding to a burglary at a home in East Knoxville on Monday afternoon.

On July 13 at around 1 p.m., officers responded to a residential burglary in the 300 block of Nash Road. A witness stated that she observed the suspect approach the residence on foot and enter the residence through a side window. Upon arrival, officers observed the suspect exit the side window onto the porch and then retreat back through the window once officers began giving verbal commands to stop.

The K-9 unit performed an exterior sniff on the vehicle and gave a positive indication. Officers located several pieces of drug paraphernalia in the subsequent search of the vehicle. Officers also located a backpack containing multiple pieces of possible stolen property.

In addition to the outstanding juvenile petitions, the suspect was taken into custody for multiple felony offenses, including aggravated burglary, auto theft, criminal impersonation, unlawful drug paraphernalia and resisting arrest.