According to KPD, officers were in the area when the call came in around 3 a.m. and were able to find the dog and take her to the animal hospital. 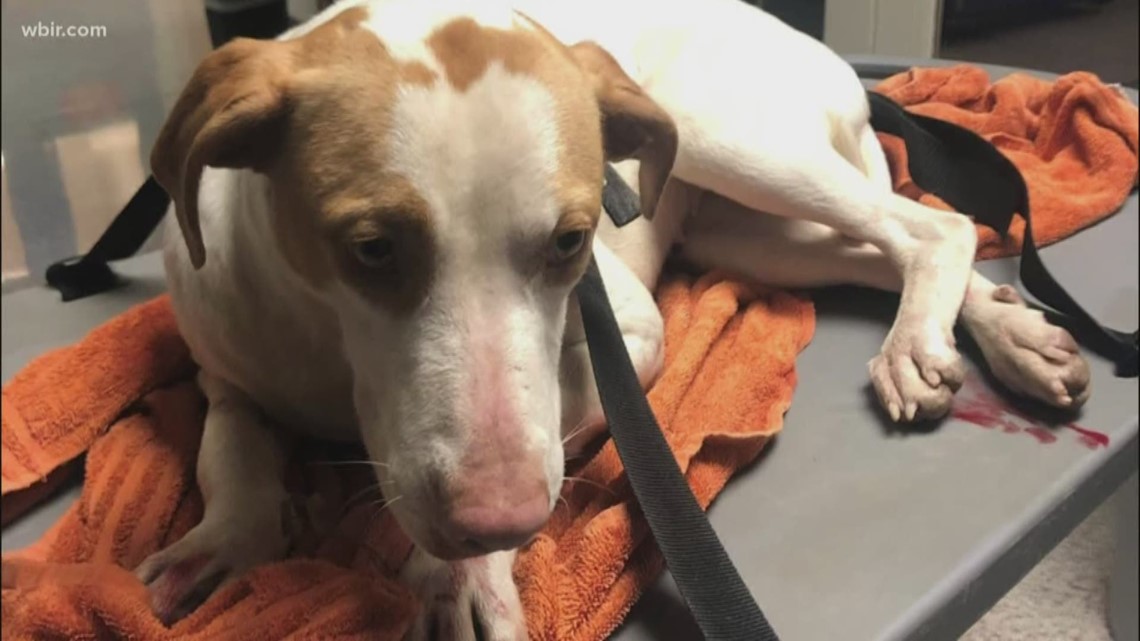 KNOXVILLE, Tenn. — Knoxville Police are asking for information after someone threw a puppy off of the Alcoa Highway overpass near Tyson Park overnight.

According to a KPD report, an officer was parked underneath the Alcoa Highway overpass, just east of Tyson Skate Park, working on paperwork at around 3 a.m.

"I heard a deep male voice grunting/cursing and shortly after I heard a loud impact sound with what appeared to be a dog whining a few yards in front of my patrol vehicle," the officer said in the report. "Upon approach, I observed an injured female dog that had been thrown off the Alcoa Hwy overpass."

The KPD incident report said the dog was bleeding from the mouth, had abrasions on its paws and appeared to have a broken back leg.

The officers helped the dog and took her to the animal hospital, the report said.

"Officers quickly transported her to the UT Veterinarian Medical Facility, where the staff determined that she did not appear to have life-threatening injuries," KPD wrote in a Facebook post.

She is expected to be transferred to Young-Williams Animal Center following treatment, KPD said.

The CEO of Young-Williams Animal Center said the dog has not been named yet but she is hopeful that the one or two year old pit mix will make a full recovery.

Young-Williams is asking for donations for its Animal Compassion Care fund to help pay for treatment.

Officers measured the distance from the top of the overpass to where the dog came to rest and learned it was a 29-foot, 9-inch drop, the report said.

"Officers observed a wet spot where it appeared a vehicle had been parked on Alcoa Highway directly above where the dog came to rest," the police report said.

If convicted, the person responsible could face a relatively new punishment. Since 2016, the TBI has maintained a registry of people convicted of aggravated animal cruelty.

One of three conditions must be met for an animal cruelty case to move from a misdemeanor to an aggravated charge.

First, the crime must be sadistic and depraved--and the animal has to be maimed, Knox Co. District Attorney General Charme Allen said.

"The second way is to have sex with an animal and the third is animal fighting," she said.

"A lot of us have animals that are members of our family. So people that have pets people who have grown up with animals are obviously more emotionally involved in those cases," Allen added, noting that the vast majority of cases in Knox County are dog abuse cases.

Many, she adds, have other issues too. Domestic violence, assault, mental health and drug-related crimes are often compounding factors.

Knoxville Police Department - TN
The unthinkable happened this morning at around 3 a.m. when someone ... threw this sweet puppy off of the Alcoa Highway overpass near Tyson Park. Thankfully, KPD officers were already in the area, located the injured animal and rendered aid.