KPD: Man arrested after crashing into a pizzeria and driving on the wrong side of Cumberland Ave.

Police said the man told them he "got scared" as he sped away from them on the wrong side of the road before crashing into a pizzeria and parking sign. 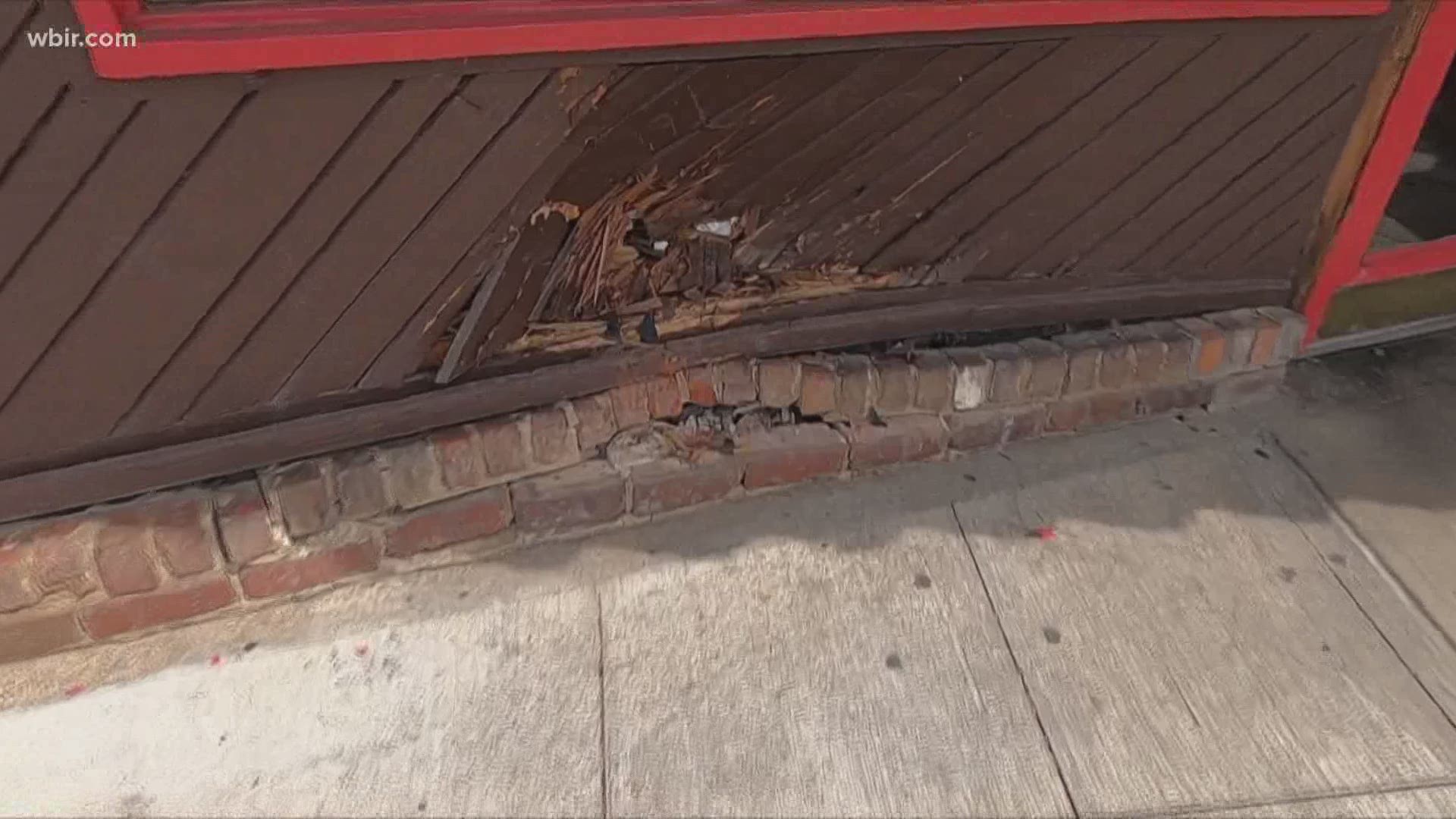 A Knoxville man is facing numerous charges after officers said he drove on the wrong side of Cumberland Avenue, crashed into a pizzeria, and then hit a parking sign as he tried to speed away from them.

According to the arrest report, a Knoxville police officer saw a car pull out of Insomnia Cookies at 2121 Cumberland Avenue and drive on the wrong side of the road around 3:30 a.m. on Sunday.

The officer said he went to stop the car after it crossed over a raised median in front of their vehicle. At that point, the officer said the car quickly drove off and attempted to turn north on 20th Street before it crashed into the front of Stefano's Pizza.

The car then backed up and continued onto 20th Street, where the officer said they saw two passengers try to get out while it was driving. The officer said the vehicle then turned onto White Avenue and hit a parking sign, coming to a stop.

Police said the driver, identified as 26-year-old Kasirel Babiker, then got out and ran south on 21st Street before they located and arrested him near Cumberland Avenue.

Babiker told officers he got scared as they read him his Miranda Warning. Officers said he had no outstanding warrants, but found he had a revoked drivers license and was unable to provide proof of insurance.

The two passengers told officers they had been drinking at Studio X when Babiker offered to get them some food. The two got into his car and Babiker bought food at Cook Out, and as they left the parking lot of Insomnia Cookies, Babiker told them he was going to "do something illegal."

Officers said they located a tobacco pouch containing what they believe was marijuana in the driver door pocket.

Babiker faces numerous charges, including evading arrest, driving with a revoked license, leaving the scene of an accident, possession of marijuana, and driving on the wrong side of the road.