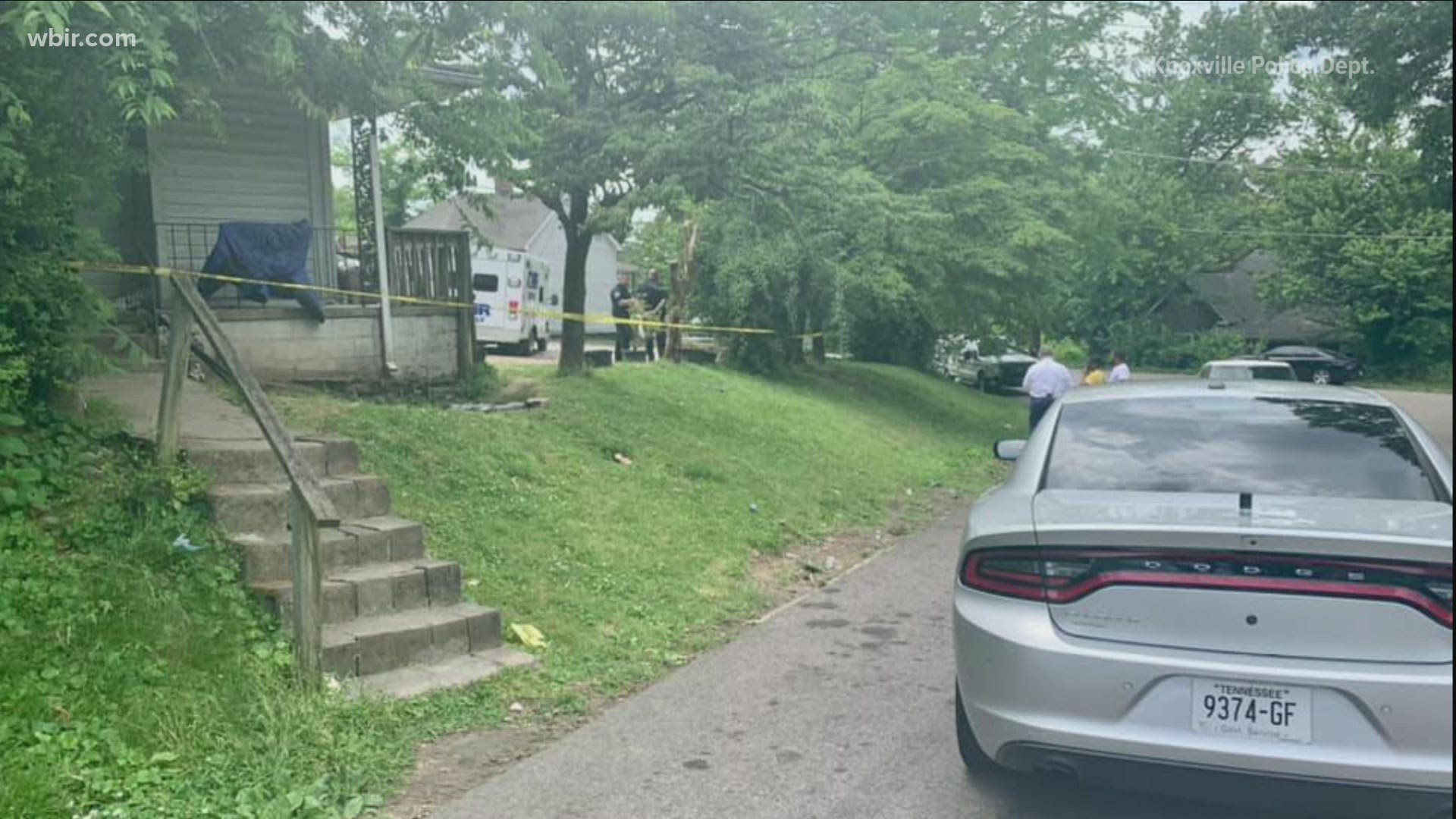 Dewey Bowling Jr., 46, and Caitlyn Ridenour, 25, are each facing aggravated burglary charges in the home invasion.

KPD said the man who was shot and killed, 31-year-old Alexander Skelton of Knoxville, had demanded money from occupants at 1100 Vermont Avenue while carrying a gun.

Police said Bowling and Ridenour had an argument with the robbery victims at the home, identified as Joshua Ray and Brandon West, over money.

The suspects left to pick up Skelton before returning to the home to retrieve the money. According to the arrest report, Skelton broke into the home while brandishing a gun and demanded money from several people inside the home.

KPD said one of the residents shot Skelton, killing him.

"Based on that investigation, it is believed that Mr. Skelton had entered the residence and demanded money while brandishing a firearm. He was then shot by one of the residents, who remained on scene and is cooperating with the investigation," the statement from spokesman Scott Erland reads.

Police said Bowling and Ridenour fled from the home and drove off with the weapon Skelton had used. The two were also charged with tampering with evidence and attempted aggravated robbery.

KPD said they also found a powder consistent with heroin in Bowling's possession when they went to question him about the incident Wednesday, and have also charged him with simple possession and possession of unlawful drug paraphernalia.

The two are scheduled to appear in court for preliminary hearings on June 16 and 17.

Skelton had a lengthy arrest history, records show, dating back more than a decade.

KPD's findings will be forwarded to the Knox County District Attorney General's Office.

PREVIOUS STORY: A man is dead after a shooting in North Knoxville Tuesday afternoon, according to the Knoxville Police Department.

They said the shooting happened at 1100 Vermont Avenue at around 1:40 p.m. When police arrived, they said the man was found inside the house with at least one gunshot wound.

He was pronounced dead on the scene.

Police said that several people were at the scene when police arrived, and they are being interviewed by investigators.

Information about the circumstances surrounding the shooting was not immediately available. Police said no suspects have been arrested or charged.