Police are investigating and charged the owner after three dogs ran loose, attacking and hospitalizing a woman in South Knoxville. 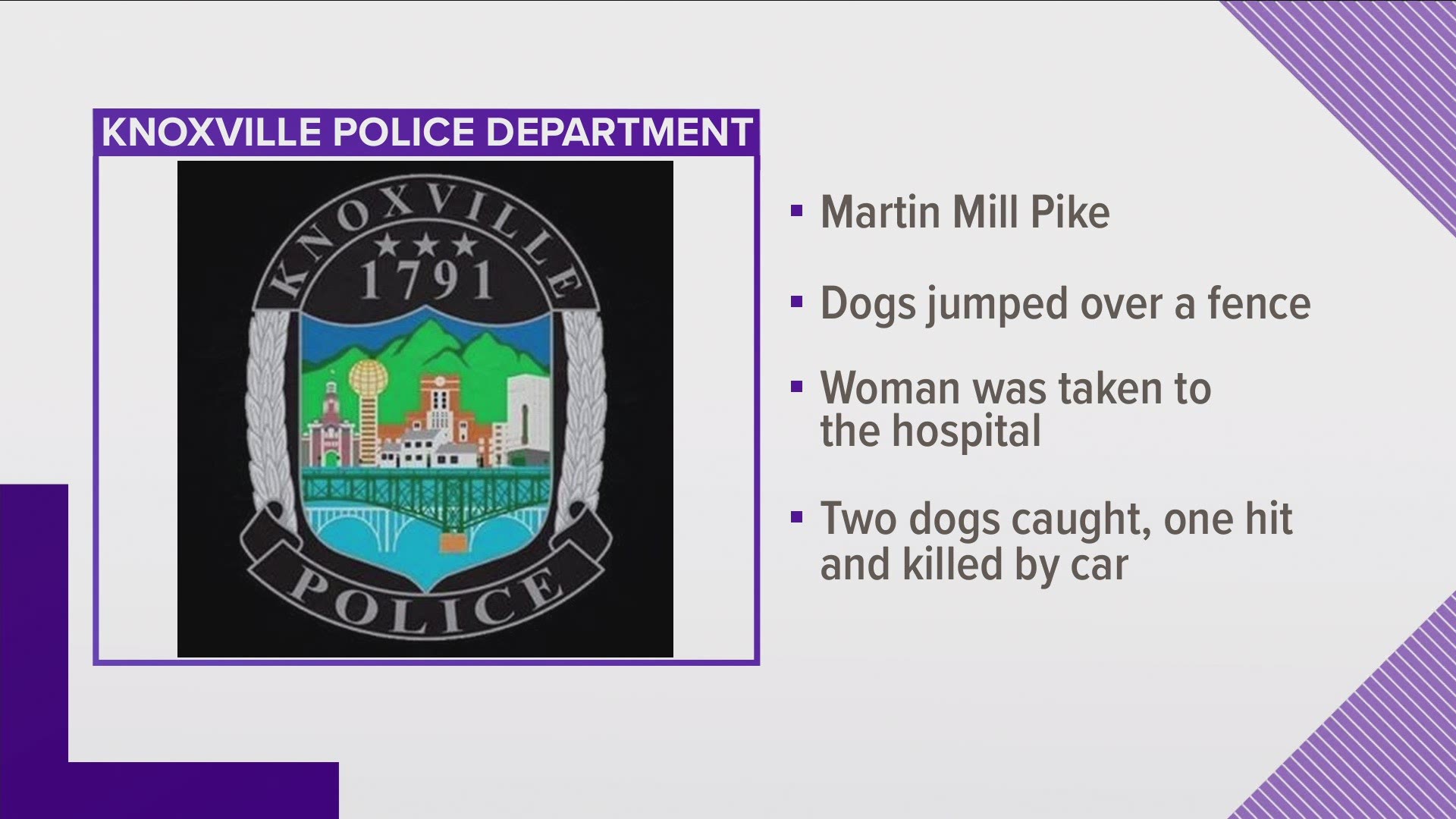 According to the Knoxville Police Department, police and animal control officers arrived to a home at 4705 Martin Mill Pike on Thursday to respond to dog bite call.

The police report said a man called to report three dogs running seen running loose around Ingersoll and Martin Mill Pike had charged at his mother and tore her jeans up.

When officers arrived, they said they noticed a puppy running toward the road, and a man running for it to catch it -- who also picked up another puppy and put them in his silver car before driving off. Officers said they didn't realize it at the time, but the puppies were connected to the case. Authorities said home repair people told them they saw a white sedan pull into the area, letting out three adult dogs and three or four puppies before leaving.

After patrolling the area, a neighbor said they spotted the adult dogs on Martin Mill Pike. Officers said they located the dogs in the middle of the road, and the dogs ran toward a fenced-in yard.

The officer said they ran toward the woman and started screaming and swinging their catch pole at them. The dogs turned on the officer and the woman grabbed a piece of wood to protect herself.

KPD said the dogs ran off after another officer arrived, and officers called an ambulance for the woman -- who was taken to UT Medical Center for treatment.

The dogs continued to charge at an officer that tracked them down the street as well as people passing in cars and bicycles.

Animal control soon arrived, and were able to corner and capture one of the dogs and send it to Young-Williams Animal Center. Officers were unable to locate the other two, so they set traps in the area.

Overnight, the city received a call that one of the dogs had been hit and killed. When city crews tried to pick up the deceased dog, they said the third dog was aggressively guarding it. Officers were unable to capture it and set a third trap.

On Friday, officers received another call from the area of Hialeah Drive of a dog running loose. It was then officers said they were contacted by the dogs' owner, who police identified as a woman from Maryville. The owner claimed her boyfriend had taken her three dogs and three puppies to the area.

The owner called around noon to say she had located and captured the third dog, and officers told her it would need to be turned over to animal control.

Credit: KPD
One of three dogs alleged to be involved in the attack

The dog that died was sent to be tested for rabies, and the other two were sent to Young-Williams to be held until court.